OPD: Two arrested in connection to murder of 22-year-old woman near Lake Merritt 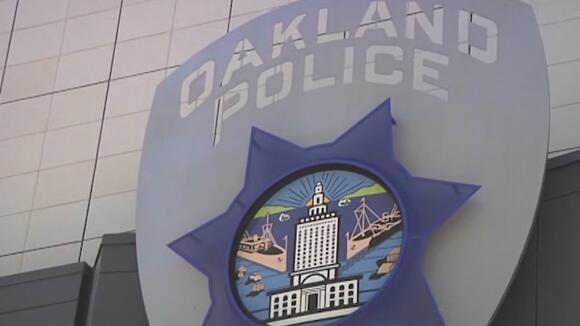 OAKLAND, Calif. (KRON) — The Oakland Police Department announced Thursday it has made two arrests in connection to a November homicide.

In collaboration with OPD’s Homicide Section, Violent Crimes Operations Center (VCOC), and the Alameda County District Attorney’s Office — arrested Lashawn Price, 33, of Stockton and Torrin Dupclay, 32, of Crockett, for their roles in the homicide of 22-year-old Oakland resident Devani AlemanSanchez.

When officers arrived, they found AlemanSanchez suffering at least one gunshot wound.

AlemanSanchez died two days later due to her injuries.

On Wednesday, the Alameda County District Attorney’s Office charged Price with the murder of AlemanSanchez, and on Thursday, charged Dupclay with murder as well.

MARIN COUNTY, Calif. (KRON) — A suspect who allegedly threatened to kill a Marin County Sheriff’s deputy with a large kitchen knife has been arrested, according to a press release from the sheriff’s office. On Saturday, Nov. 26 a deputy was unloading gear from their patrol vehicle near Kentfield Substation at around 6:30 p.m., according […]
MARIN COUNTY, CA・10 HOURS AGO
KRON4 News

Individual arrested after lying down in middle of freeway: Police

EDITOR’S NOTE: An earlier version of this story specified the gender of the individual involved, despite it not being known at this time. We regret this. (Nov. 28, 2022) OAKLAND, Calif. (KRON) – An individual who brandished a firearm at Oakland Police Department officers later fled onto a freeway and lied down in the middle […]
OAKLAND, CA・11 HOURS AGO
KRON4 News

MOUNTAIN VIEW, Calif. (KRON) — A man was arrested on the afternoon of Black Friday after attempting to escape police officers, the Mountain View Police Department said. The suspect had burglary tools in his car when he was tracked down by police. An MVPD detective saw a Toyota with expired registration near California Street and […]
MOUNTAIN VIEW, CA・7 HOURS AGO
KRON4 News

Oakland Police extend crime plan through the end of 2022

OAKLAND, Calif. (KRON) — The Oakland Police Department will extend a crime plan that it says has coincided with a dip in homicides since it was put in place. OPD has been using the strategy since Sept. 27, 2022, and it will stay in place through the end of the calendar year. The original intent […]
OAKLAND, CA・8 HOURS AGO
KRON4 News

PINOLE, Calif. (KRON) — A Pinole woman has been reunited with her dog after it was stolen from her home while she was there. The victim’s name is Monica, and she has been living in fear since three people showed up at her home, armed and ready to steal. A Ring camera captured the moment […]
PINOLE, CA・6 HOURS AGO
KRON4 News

Five robberies and one burglary over Thanksgiving weekend in San Jose

The police in San Jose were busy this holiday weekend, as they responded to five robberies and one burglary, according to San Jose Police Department.
SAN JOSE, CA・7 HOURS AGO
KRON4 News

One person dead after allegedly firing at officers in Fairfield

One person died after they allegedly fired a gun at officers on Sunday morning and officers returned fire, according Solano County Sheriff's Office.
FAIRFIELD, CA・1 DAY AGO
KRON4 News

SAN BRUNO, Calif. (KRON) – A person sustained non-life threatening injuries following a shooting Saturday night in San Bruno, according to San Bruno Police Department. At around 7:14 p.m., officers responded to a shooting that had occurred in the 700 block of Kains Avenue. One victim was located with gunshot wounds and was transported to […]
SAN BRUNO, CA・1 DAY AGO
KRON4 News

BERKELEY, Calif. (KRON) — A shooting on Interstate-80 led to a crash on the freeway Saturday night, according to the California Highway Patrol. At 11:20 p.m. CHP officers responded to a traffic collision and “possible shooting” on Interstate-80 close to University Avenue. CHP tells KRON4 that it appears a vehicle was hit by a bullet […]
FAIRFIELD, CA・1 DAY AGO
KRON4 News

One person dead in Tenderloin shooting

SAN FRANCISCO (KRON) — One person died after being shot in the Tenderloin on Saturday morning, KRON4 has confirmed. Around 10:21 a.m., SFPD officers with the Tenderloin Station saw a shooting in the 100 block of Leavenworth Street. Officers provided medical aid to the man who was shot and called emergency medical personnel to the […]
SAN FRANCISCO, CA・2 DAYS AGO
KRON4 News

SANTA CLARA, Calif. (KRON) — A 28-year-old man is facing homicide and DUI charges following a fatal crash in Santa Clara on San Tomas Expressway at El Camino Real. Isaias Mendoza-Inijuez, of Sonoma, was driving a Volvo at a high rate of speed when he ran a red light and collided with a BMW, according […]
SANTA CLARA, CA・8 HOURS AGO
KRON4 News

BAY POINT, Calif. (KRON) – Two suspects were arrested in a shooting death on Thanksgiving Day in Contra Costa County, according to the Contra Costa County Sheriff’s office. Sheriff’s deputies were dispatched to Wharf Drive in Bay Point around 3:40 p.m. Thursday, and arriving on scene they found “a shooting victim on the street.” “The […]
CONTRA COSTA COUNTY, CA・3 DAYS AGO
KRON4 News

A Richmond beach-goer made a gruesome discovery after spotting a shoe that washed up from the bay over the weekend.
RICHMOND, CA・10 HOURS AGO
KRON4 News

PALO ALTO, Calif. (BCN)– Police in Palo Alto on Sunday arrested a woman in connection with burglarizing a home she had reportedly broken into six months prior. Kathleen Joan Cuadros, 48, of Palo Alto, was arrested on suspicion of residential burglary, vandalism and providing false information to police, according to the Palo Alto Police Department. […]
PALO ALTO, CA・3 DAYS AGO
KRON4 News

A pedestrian died after he reportedly stepped into oncoming traffic and was struck by two vehicles in south Santa Rosa near Rohnert Park, according to the Santa Rosa California Highway Patrol.
SANTA ROSA, CA・6 HOURS AGO
KRON4 News

ANTIOCH, Calif. (KRON) – A Chevron gas station employee was killed during an attempted robbery early Saturday morning, according to Antioch Police Department. At around 2:05 a.m., APD received a call from an employee at the Chevron gas station convenience store that reported a person had been shot. Antioch police officers arrived on scene and […]
ANTIOCH, CA・2 DAYS AGO