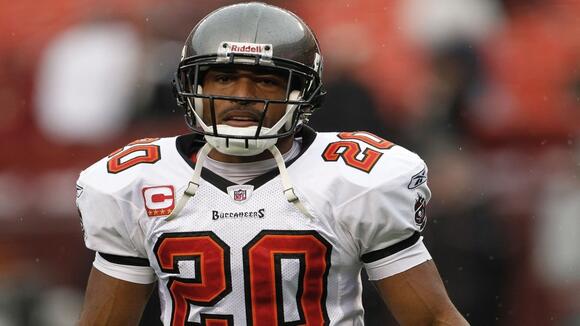 Barber is among the 15 finalists revealed on Thursday for the Hall of Fame’s Class of 2022, marking the second year in a row he has made that cut. This is Barber’s fifth year of eligibility and he has been at least a semifinalist each year, first breaking through to finalist status in 2021.

The Class of 2022 will be announced live on the “NFL Honors” show on the evening of Saturday, February 10.

Barber could become the fifth player who spent all or the majority of his career with the Buccaneers to get a gold jacket, joining Lee Roy Selmon (Class of 1995), Warren Sapp (2013), Derrick Brooks (2014) and John Lynch (2021).

1,150 NFL fans were polled last month and ranked each fanbase based on rudeness — where does your team rank?
2 DAYS AGO
WFLA

Bucs Actives/Inactives: One of Brady’s favorite targets not playing against Saints

TAMPA, Fla. (WFLA) – Ahead of Monday night’s primetime game against the New Orleans Saints, one of quarterback Tom Brady’s favorite targets will be inactive against the rivals. The Tampa Bay Buccaneers announced that seven players will be inactive tonight, including tight end Cameron Brate. After being listed as questionable earlier in the day, the […]
5 HOURS AGO
WFLA

TAMPA, Fla. (WFLA) – Tampa Bay Buccaneers’ veteran quarterback Tom Brady just broke another record, but are we surprised? With the Bucs’ last-minute 17-16 win over the New Orleans Saints on Monday Night Football, Brady tied the record for most wins on MNF by a starting quarterback. Going into Monday night’s matchup, Brady walked onto […]
29 MINUTES AGO
WFLA

An NFL game ended in Scorigami on Sunday – wait, what?

When the Dallas Cowboys beat the Indianapolis Colts 54-19 on Sunday, it was the 1,074th instance of Scorigami in NFL history. But what is Scorigami?
5 HOURS AGO
WFLA

Hillsborough police said Gary confronted a man who was allegedly shoplifting, when he was shoved and hit the concrete floor.
1 DAY AGO
WFLA

Actress Kirstie Alley has died at the age of 71, according to a statement from her family.
3 HOURS AGO
WFLA

Actress Kirstie Alley has died after a battle with cancer, her family announced Monday evening.
3 HOURS AGO
WFLA

Cliff Emmich of ‘Payday,’ ‘Little House on the Prairie’ dies after battle with lung cancer

Actor Cliff Emmich died in his Los Angeles home Monday at the age of 85, according to news reports.
2 DAYS AGO
WFLA

New details have emerged about the death of a 23-year-old Brevard County Sheriff's Office deputy on Saturday.
1 DAY AGO
WFLA

Tampa police Chief Mary O'Connor has resigned, according to a release from the City of Tampa.
15 HOURS AGO
WFLA

A 72-year-old woman has been arrested after she allegedly switched off a hospital roommate's ventilator — twice — because she was annoyed by the sound it made, authorities in Germany said Thursday.
2 DAYS AGO
WFLA

A Clearwater woman was accused of driving drunk and causing a crash that killed a motorcyclist early Sunday morning.
1 DAY AGO
WFLA

Family of 3 on board plane that crashed into Gulf, Venice police say

Authorities continue to search for the pilot of a small aircraft that crashed off the Florida coast Saturday with two other passengers on board.
13 HOURS AGO
WFLA

Deputy who pulled over Mary O’Connor did ‘absolutely nothing wrong,’ Pinellas sheriff says

Pinellas County Sheriff Bob Gualtieri defended his deputy who cut Tampa Police Chief Mary O'Connor a break when she and her husband were pulled over in a golf cart in Pinellas County on Nov. 12.
6 HOURS AGO
WFLA

A Florida homeowners association president and her husband were fatally shot by a neighbor over apparent HOA issues on Saturday, according to deputies.
1 DAY AGO
WFLA

Lakeland brothers killed after being ejected from motorcycle, hit by SUV, police say

A pair of brothers from Lakeland died Thursday after losing control of their motorcycle and getting ejected into an SUV's path, police said.
2 DAYS AGO
WFLA

The Florida Highway Patrol is investigating a crash in Pasco County that shut down all southbound lanes of I-75 on Saturday night.
2 DAYS AGO
WFLA

A Florida man got into trouble with the law after he allegedly tried to make off with stolen goods from a Walmart full of law enforcement, according to the Osceola County Sheriff's Office.
2 DAYS AGO
WFLA

Man shot by his own gun while being detained at Tampa Truck Stop, deputies say

An armed suspect was accidentally shot by his own as he was being arrested by Hillsborough County deputies Saturday night, according to a release.
1 DAY AGO