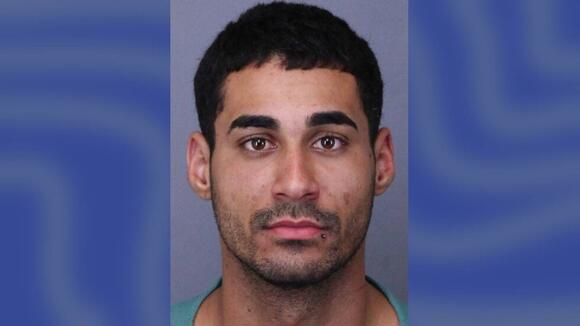 DENVER — Colorado Gov. Jared Polis on Thursday reduced the prison sentence for a former truck driver convicted of causing a fatal crash that killed four people from 110 years to 10 years.

In a letter, Polis called the sentence imposed on Rogel Aguilera-Mederos “highly atypical and unjust,” The Denver Post reported.

“You were sentenced to 110 years in prison, effectively more than a life sentence, for a tragic but unintentional act,” Polis wrote in the letter. “While you are not blameless, your sentence is disproportionate compared with many other inmates in our criminal justice system who committed intentional, premeditated, or violent crimes.”

Aguilera-Mederos will be eligible for parole on Dec. 30, 2026, according to the Post.

The truck driver was driving on Interstate 70 in Colorado on April 25, 2019, when his truck crashed into multiple cars, The New York Times reported.

Aguilera-Mederos was convicted by a jury in October of 27 counts, including vehicular homicide and vehicular assault. The counts included 16 first-degree assault and attempted first-degree assault charges, the Post reported. Under Colorado’s mandatory minimum sentencing laws, those “crimes of violence” must be sentenced consecutively, not concurrently.

He was sentenced to 110 years in prison after Judge A. Bruce Jones followed the law.

Aguilera-Mederos claimed the brakes on his truck malfunctioned.

Prosecutors said Aguilera-Mederos was responsible because he didn’t steer the truck to a runaway truck ramp, the Times reported.

“Justice was served,” attorney James Colgan, who represented Aguilera-Mederos, told ABC News in a statement. “This commutation is far more reflective of the crime than 110 years. This type of justice is exactly why I went to law school and why I continue to practice law. Mr. Mederos will be forever grateful for the millions of people that supported him.”

Mederos was sentenced on Dec. 13 to 110 years in prison for a 2019 fatal crash on Interstate 70, outside Denver, that killed four people and injured several others -- a sentence the judge said he wouldn’t have chosen if he had the discretion. Mederos testified that his brakes failed, but he was driving 85 mph when the speed limit was 45 mph and he drove past a runaway truck ramp before plowing into stopped traffic, police said.

He was found guilty by a Jefferson County jury of 27 counts -- the most serious was first-degree assault, a class-three felony.

The number of the charges, mandatory minimum laws and a classification that mandates some sentences be served consecutively resulted in the lengthy sentence.

Polis’ decision comes after Aguilera-Mederos’ sentence prompted more than 5 million people to sign a petition calling on the governor to reduce the sentence.

First Judicial District Attorney Alexis King, whose office prosecuted the case, requested that the judge reconsider the sentence, KDVR-TV reported. Jones had indicated he was open to reconsider it, the television station reported.

During sentencing, Aguilera-Mederos said that he regretted the crash and that he wished he had died instead of the other victims.

“My life is not a happy life,” Aguilera-Mederos told KCNC-TV. “It is a very sad life because four people died.”

PHOENIX — The trial for a man who allegedly killed nine people and injured three in 12 separate shootings that started in August 2015 and ended in July 2016, has been pushed back until Feb. 2024. Aaron Saucedo, 28, a former Phoenix bus driver, was arrested in 2017 after...
19 HOURS AGO
KRMG

MORENO VALLEY, Calif. — One person died and three others were hospitalized after an apparent overdose at a California home on Saturday, authorities said. According to a news release by the Riverside County Sheriff’s Office, deputies responded to a residence in Moreno Valley at about 7:30 p.m. EST. Multiple people at the scene were unresponsive, KTTV reported.
23 HOURS AGO
KRMG

KAY COUNTY, Okla. — Oklahoma Highway Patrol (OHP), the Kay County Sheriff’s Office and the Blackwell Police Department worked together to arrest a murder suspect wanted for killing one person and injuring another in a restaurant shooting in Minnesota. Aaron Le was arrested by OHP Trooper Langston at...
2 DAYS AGO
KRMG

HAVACO, W.Va. — (AP) — Mayapple plants sprout in the sunken soil where the bodies lie, their leaves sheltering the unmarked graves like tiny umbrellas. The forgotten burial ground is overrun by four-wheel tire tracks near a path strewn with discarded bottles and other trash. More than a...
2 HOURS AGO
KRMG

ST. CLOUD, Fla. — A Florida man is facing charges after deputies said he picked the wrong time and place to commit a crime. The Osceola County Sheriff’s Office said in a news release that a suspect attempted to steal from the Walmart in St. Cloud, but was thwarted upon finding the store filled with officers.
2 DAYS AGO
KRMG

The promise of quick cash has landed thousands of unsuspecting homeowners across the country with 40-year liens attached to their homes or lawsuits demanding thousands of dollars, in what Florida’s attorney general now calls a deceptive scheme to swindle customers out of their home equity. Attorney General Ashley Moody filed a lawsuit Tuesday against MV Realty, a Florida-based company that was the subject of a national collaborative investigation by eight local television news stations in November.
2 DAYS AGO
KRMG

SACRAMENTO, Calif. — (AP) — Furious about oil companies' supersized profits after a summer of record-high gas prices, California Gov. Gavin Newsom on Monday will formally start his campaign to punish big producers by asking the Legislature to fine them and give the money back to drivers. State...
13 HOURS AGO
KRMG

HAMMOND, Ind. — A driver escaped with minor injuries after his truck crashed off a bridge in Indiana and was left upside down and hanging over a river. Photos from the Indiana State Police show the dramatic scene as the UPS truck’s charred trailer stood upright between two overpasses.
2 DAYS AGO
KRMG

OREGON — Wildlife officials in Oregon helped rescue a buck that got its antlers wrapped in Christmas lights. The Dallas Police Department contacted the Oregon Department of Fish and Wildlife on Friday after a buck was seen with lights around its antlers, according to UPI. ODFW said in a...
1 DAY AGO
KRMG

What to watch in Tuesday's Georgia Senate runoff election

ATLANTA — (AP) — The extended Senate campaign in Georgia gives Democratic Sen. Raphael Warnock and Republican challenger Herschel Walker a second chance to persuade voters to send them to Washington. But without party control of Congress at stake and absent other candidates on the ticket, the runoff looks different from the November general election.
12 HOURS AGO
KRMG

HILO, Hawaii — (AP) — Many people on the Big Island of Hawaii are bracing for major upheaval if lava from Mauna Loa volcano slides across a key highway and blocks the quickest route connecting two sides of the island. The molten rock could make the road impassable...
2 DAYS AGO
KRMG

Oklahomans urged to check their address for internet service availability

OKLAHOMA CITY, Okla. — Federal Communications Commission (FCC) released a new map allowing people to look up their address and ensure the information given to their internet providers is correct. “We have reason to believe that some of the information listed on the site, especially in rural areas, is...
2 DAYS AGO
KRMG

Deion Sanders arrived in Boulder on Sunday, where he was officially announced as Colorado's next head coach. He came with a very clear message to current Buffaloes players, too. Sanders already has his quarterback picked out — his son, Shedeur — and they need to hit the transfer portal....
12 HOURS AGO
KRMG

BOULDER, Colo. — (AP) — Deion Sanders is taking over as head coach at Colorado, bringing his charisma and larger-than-life persona to a beleaguered Pac-12 program that’s plunged to the bottom of college football. The deal was announced Saturday night by CU athletic director Rick George. The...
1 DAY AGO
KRMG

In Georgia, how sports explain a political battleground

SMYRNA, Ga. — (AP) — The reception area of a metro Atlanta office suite is a veritable museum of Herschel Walker’s football success for the University of Georgia Bulldogs and the NFL. The office is part of the Atlanta Braves' real estate development in the Major League Baseball franchise's new suburban home.
1 DAY AGO