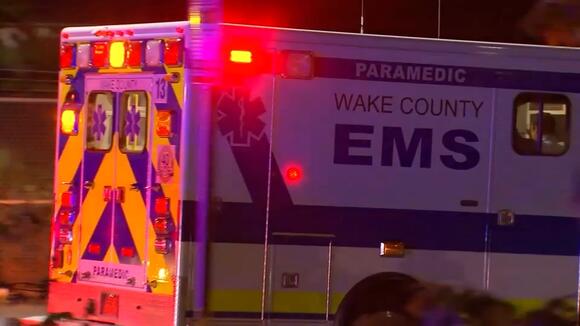 Raleigh resident Linden Winterberger said she and her wife Celeste use an ambulance three to four times a year. "My wife is disabled and has a neural stimulator in her back," said Winterberger. "And she also is a severe diabetic, luckily controlled by pump and etc. But I have had to use the 911 EMS many times when she has gone really low in her blood sugar or one time when she accidentally slipped and fell in her walk-in shower." The Winterbergers have participated in the Wake County EMS Subscription Program for more than 10 years. The subscription costs $60 a year and it covers the costs of ambulance services your insurance doesn't cover. Wake County EMS Assistant Chief Brian Brooks said the costs of the services could be more than $500. "Most insurance companies, including Medicare, do not cover 100% of an ambulance transport," said Brooks. "We send the bill to the insurance company and what's left over is left for you to pay. And what the subscription plan does is it waves that fee after the insurance company pays the portion that they choose to pay." Though the program has been around a while, Brooks said it's growing in popularity. You have to have Medicare or private insurance to qualify. You won't be eligible if you have Medicaid or are uninsured. It needs to be a Wake County ambulance that responds to be covered. The subscription applies to anyone in your household, and for Winterberger, it is worth it. "I was using it a couple-three times a year because I kept falling down," Winterberger said. "So yeah, I mean, if you just use it once, it totally pays for itself and then some." Signups for next year just started this month and the subscription will last through next Dec. 31. According to Brooks, if you subscribe and don't need to use the service, the subscription fee you paid is considered a donation to the EMS fund. Wake County has more information about the program on its website.

List | Where to get hot meals, showers, charge your phone and other resources in Moore County

As Moore County continues to struggle with the effects of a prolonged power outage, some resources are in place to help people manage
MOORE COUNTY, NC・1 HOUR AGO
ABC11 Eyewitness News

MOORE COUNTY, N.C. (WTVD) -- In the Jackson Terrace Community in Carthage, it's been downright brutal for the people who live in this low-income neighborhood because of the power outage in Moore County. Most of the neighbors are seniors like Marilyn Baker. "This has been the worst," Baker described. She's...
MOORE COUNTY, NC・10 HOURS AGO
ABC11 Eyewitness News

The clock is ticking and Eshawney Gaston is just days away from running out of baby food for her 8-month-old son Amillion.
DURHAM, NC・22 HOURS AGO
ABC11 Eyewitness News

While the power remains out in Moore County, the community is coming together is help feed those in need by having meals available at three different locations Tuesday.
MOORE COUNTY, NC・5 HOURS AGO
ABC11 Eyewitness News

Emu on the loose in Person County

Power slowly coming back on in Moore County

The widespread power outage was caused Saturday night when someone intentionally opened fire and caused millions of dollars worth of damage to two of the county's power stations.
MOORE COUNTY, NC・1 HOUR AGO
ABC11 Eyewitness News

Evidence at the scene indicated that a firearm had been used in the attack at the substations, Moore Co. Sheriff said.
MOORE COUNTY, NC・1 DAY AGO
ABC11 Eyewitness News

ABC11 Together Food Drive is back for its 36th year

ABC11's goal this year is to raise $1.8 million for the food banks.
FAYETTEVILLE, NC・50 MINUTES AGO
ABC11 Eyewitness News

It's a new day for the Raleigh City Council. For the first time in the city's history, six of the eight city council seats are filled by women.
RALEIGH, NC・20 HOURS AGO
ABC11 Eyewitness News

"I've been impressed with the resilience and community spirit of the people of Moore County. I'm grateful for their public spirit and their help for each other," Gov. Roy Cooper said Monday afternoon.
MOORE COUNTY, NC・1 DAY AGO
ABC11 Eyewitness News

"This is not a moment to silence yourself. This is a moment to speak up and speak out," Naomi Dix said.
MOORE COUNTY, NC・1 DAY AGO
ABC11 Eyewitness News

'Life is so precious.' Eyewitness reacts to news of teenager killed in Clayton apartment parking lot

Some Raleigh businesses echo job gains in leisure and hospitality

Despite some promising trends, hotel employment remains down by more than 350,000 jobs compared to February 2020.
RALEIGH, NC・4 DAYS AGO
ABC11 Eyewitness News