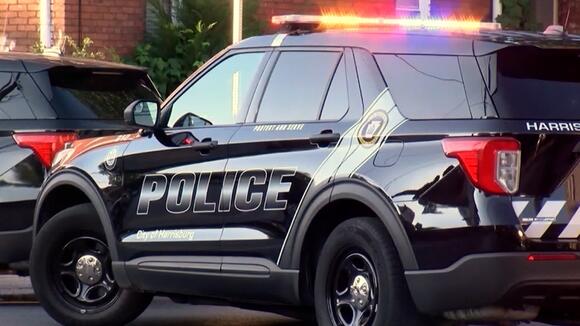 HARRISBURG, Pa. (WHTM) — The City of Harrisburg has had three homicides in just the last week.

That violent end to the year is raising concern as we head into the new year.

“I don’t put a lot into the fact that there’s been a clump of homicides can happen at a time. Sometimes you go a long streak without any and sometimes they’re all clumped together,” Dauphin County District Attorney Fran Chardo said.

Chardo says any violence is too much violence and his office and the police are doing the best they can to deal with it. Dauphin County has had 21 homicides in 2021.

Law enforcement has cracked down on illegal gun purchases, getting dozens of weapons off the street, yet the violence persists.

“I don’t want to blame it on COVID but certainly COVID has had an impact where, you know, there’s been an increase in violence throughout the country. And I think that when you have people that are sort of bottled up, that that can have an impact,” Chardo said.

Chardo says some violent crimes are tied to domestic problems and of the county’s 21 homicides, four were murder suicides. But Chardo says most can be attributed to drug disputes.

Chardo says they’re in discussions about what can be done in the new year to have even more success.

“Working with our chiefs of police, we’re trying to do everything we can with regard to gun violence because most of these involve gun violence and anything we can to crack down on illegal gun use on the streets, we’re going to do it,” Chardo said.

LANCASTER, Pa. (WHTM) — A man from Lancaster was sentenced to 15 years in prison and five years of supervised release after being convicted of possession with intent to distribute a variety of illegal narcotics and illegally possessing a firearm as a previously convicted felon, according to the Department of Justice. Shawn Money Jones, 33, […]
LANCASTER, PA・2 DAYS AGO
abc27 News

MAXATAWNY TOWNSHIP, Pa. (WHTM) — Pennsylvania State Police say $7,255 worth of jewelry and coins were stolen during a home burglary in Kutztown. State Police say on Nov. 28 between 7:50 a.m. and 2:30 p.m., an unknown person entered the home by prying open a sliding door. Inside, the suspect stole a jewelry box that […]
KUTZTOWN, PA・2 DAYS AGO
abc27 News

LANCASTER COUNTY, Pa. (WHTM) — A teenager driving a stolen vehicle led police on a chase on Nov. 26, according to the East Cocalico Township Police Department. East Cocalico Township Police say the 15-year-old from Terre Hill led police on a chase around midnight on N. Reading Road. He was arrested after driving over a […]
LANCASTER COUNTY, PA・4 DAYS AGO
abc27 News

LANCASTER, Pa. (WHTM) — One person was killed and another was injured in a shooting that occurred early Monday morning in Lancaster, according to the Lancaster Bureau of Police. Officers responded to the 100 block of S. Prince Street around 1:10 a.m. on Monday, Nov. 28, for a reported shooting, according to the police bureau. […]
5 DAYS AGO
abc27 News

MECHANICSBURG, Pa. (WHTM) — On Thursday, a Cumberland County Company is making a big donation to the U.S. Marine Corps Toys for Tots program. Employees at Groff’s six branches in Pennsylvania donated around 350 toys, filling two loader backhoes, and had a friendly competition that culminated in the building of 61 bikes that will be […]
MECHANICSBURG, PA・2 DAYS AGO
abc27 News

HERSHEY, Pa. (WHTM) — The Pennsylvania Lottery New Year’s Millionaire Raffle features eight weekly drawings each with two $50,000 prizes, and one of the winning tickets for the second weekly drawing was sold in Dauphin County. The two tickets, matching numbers 00054550 and 00076252, were sold between Nov. 15 and Nov. 21. The winning Dauphin […]
DAUPHIN COUNTY, PA・4 DAYS AGO
abc27 News

Harrisburg takes down State College to advance to state championship!

ALTOONA, Pa. (WHTM) — It didn’t matter who stood in their way, Harrisburg running back Kyle Williams was on a mission to carry the Cougars to a state title game. Facing undefeated State College, who was 13-0 heading into the Class 6A state semifinal against Harrisburg, Williams scored all four touchdowns to propel the Cougars […]
HARRISBURG, PA・9 HOURS AGO
abc27 News

Where to see holiday light displays in Central Pennsylvania, 2022

PENNSYLVANIA (WHTM) — The Midstate is decking the halls for the holidays. From luminous trees to flying reindeer to dancing elves, here are several Midstate places to check out holiday light displays that absolutely “sleigh.” Christmas in Lights, Marysville This residence in Marysville goes all-out for Christmas each year with a drive-by and walk-thru light […]
MARYSVILLE, PA・3 DAYS AGO
abc27 News

When is SantaCon coming to Pennsylvania?

Depending on your tolerance for alcohol and costumed buffoonery, SantaCon is either a beloved holiday tradition or the most reviled event of the year.
PENNSYLVANIA STATE・2 DAYS AGO
abc27 News

LEBANON COUNTY, Pa. (WHTM) — A Pennsylvania Lottery Powerball with Power Play ticket worth $100,000 was recently awarded to an online player from Lebanon County, according to the Pennsylvania Lottery. The ticket was sold for the Wednesday, Nov. 23, drawing matching four of the five white balls: 1-2-31-39-66, and the red Powerball, 25, to win […]
LEBANON COUNTY, PA・5 DAYS AGO
abc27 News

MIDDLETOWN, Pa. (WHTM) — In the last few years, Middletown has risen into District lll basketball power. They’ve been to the district championship game the past two seasons, winning the title in 2021, but losing last season to Berks Catholic. But Middletown is a much younger group this time around, with only one returning starter […]
MIDDLETOWN, PA・2 DAYS AGO
abc27 News

Blood banks: Consider the gift of a blood donation this holiday

(WHTM) — You won’t find it in a store, and you can’t get it online — the biggest gift you can give this season might be blood. Midstate hospitals and blood banks have been running critically low since the start of the pandemic, and for people who have survived thanks to donor blood, it can […]
LANCASTER, PA・4 DAYS AGO
abc27 News

SHAMOKIN, Pa. (WHTM) — It’s always dangerous to give Steel High time on the clock on the final drive of a must-win game. And it’s even more dangerous when Rollers running back Ronald Burnette is given the ball to do it. Tied at 21 and with about 35 seconds left in the state semifinal game […]
SHAMOKIN, PA・1 DAY AGO
abc27 News

Visit Middle Earth with a stay in this Pennsylvania treehouse

LANCASTER COUNTY, Pa. (WHTM) — J.R.R. Tolkien’s famous books take readers into the magical land of Middle Earth, but a treehouse in Lancaster County brings Middle Earth out of the pages and into Pennsylvania. Guests can stay in the Lothlorien Tree House in Lancaster County, which will start being rented out through Hipcamp in April […]
LANCASTER COUNTY, PA・4 DAYS AGO
abc27 News

LANCASTER, Pa. (WHTM) — The Lancaster Pride Association will hold the 2023 Lancaster Pride Festival at a new venue after this year’s event surpassed the capacity of Clipper Magazine Stadium, where the festival has been held for the past three years. “My number one goal was trying to find a new place to hold Pride, […]
LANCASTER, PA・4 DAYS AGO
abc27 News

SELINSGROVE, Pa. (WHTM) — Trinity’s run toward a state title came to an end at the hands of the five-time defending state champs, Southern Columbia. The Shamrocks fell to the Tigers 42-7 in the PIAA Class 2A state semifinals. But it was still a successful season for Trinity, who won their first district title since […]
SELINSGROVE, PA・1 DAY AGO