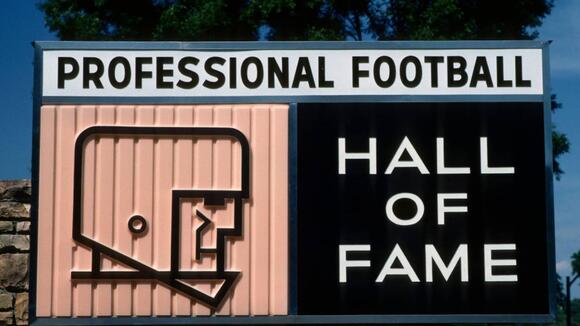 Three players in their first eligibility are modern-era finalists for the Pro Football Hall of Fame’s Class of 2022.

If any or all three of them are chosen for enshrinement, it will be the ninth straight year that at least one player in the first year of eligibility was chosen.

Up to five of the finalists will be selected, with the winners announced on “NFL Honors,” which airs live on Feb. 10 at 9 p.m. EST, NFL.com reported.

Late wide receiver Cliff Branch was already chosen as a seniors finalist, while Dick Vermeil was named as a coach finalist and former referee Art McNally is the contributors finalist, ESPN reported.

The date for next summer’s induction ceremonies at Canton, Ohio, has not been announced, but it is expected to be in August.

Here are the other 2022 modern-era player finalists with their positions, years and teams:

Ware had 138.5 sacks during his 12-year NFL career, leading the league two times. Johnson caught 1,062 passes for 14,185 yards and 70 touchdowns during the regular season. Hester retired as the NFL’s all-time leader in special teams touchdowns with 20, according to ESPN. He had 14 punt returns for TDs and five kickoff returns for a score during the regular season. He also returned the opening kickoff of Super Bowl XLI 92 yards for a score to cap his rookie season.

Matthew Stafford left last week’s game against the Saints with concussion-like symptoms, so the Rams evaluated him just to be on the safe side. He was placed in the concussion protocol but wasn’t diagnosed with a concussion. Among the symptoms he felt was numbness in his legs, but...
17 MINUTES AGO
News 5 Cleveland WEWS

How to watch the Browns vs Buccaneers game on Sunday afternoon

The Cleveland Browns return home after a wild ride on the road for a game slated against the 5-5 Tampa Bay Bucanneers.
CLEVELAND, OH・29 MINUTES AGO
ABC 7 Chicago

The Bears were still in wait-and-see mode with Fields, who was listed as questionable for the game after being limited at practice all week with what he said is a separated left shoulder with ligament damage within the AC joint.
CHICAGO, IL・29 MINUTES AGO
KIRO 7 Seattle

DENVER — (AP) — Whether Pete Carroll meant it as a barb for Russell Wilson or a bouquet for Geno Smith, the Seattle Seahawks coach made play-calling wristbands a hot topic in the NFL during a topsy-turvy season that has rattled the longstanding quarterback order. Carroll was talking...
SEATTLE, WA・1 DAY AGO
KIRO 7 Seattle

Nebraska has reportedly landed its new head coach. And it’s a big name. According to ESPN, Nebraska is nearing a deal to make Matt Rhule its next football coach. Rhule most recently had a tough run as the head coach of the Carolina Panthers. Rhule was in his third season with the Panthers, but was fired after a 1-4 start to this season. Overall, he was 11-27 with Carolina was owed more than $40 million when he was fired.
LINCOLN, NE・1 DAY AGO
KIRO 7 Seattle

Seahawks happy to be home for a while, set to host Raiders

SEATTLE — There was an underrated aspect to what the Seattle Seahawks accomplished through their first 10 games and their surprising surge to the top of the NFC West. They did most of it away from home and flew plenty of miles in the process — most recently to Germany, where they lost to Tom Brady and the Tampa Bay Buccaneers before their bye week.
SEATTLE, WA・1 DAY AGO