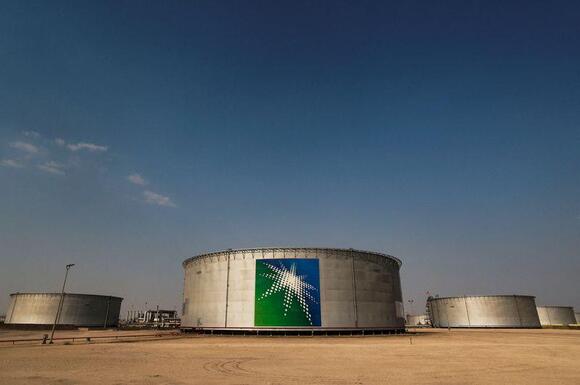 The producer is expected to cut official selling prices (OSPs) of all grades by more than $1 in February from the previous month, dropping prices back to their lowest levels in three to four months, a Reuters survey of seven crude buyers showed.

A spokesperson for state oil giant Saudi Aramco said the company does not comment on rumours or market speculation.

Spot premiums for February-loading Middle East and Russian grades fell by more than half this month as tight supplies eased following higher output from the Organization of the Petroleum Exporting Countries and its allies, known as OPEC+, and oil releases from strategic reserves at top consumers.

On the other hand, Asia’s demand is set to ease as refineries prepare for seasonal maintenance in the second quarter. The region accounts for more than half of Saudi’s exports.

Backwardation in benchmark Dubai’s market structure, where prompt prices are higher than those in the future months, has narrowed sharply this month, an indication that tight supplies are easing.

“The Dubai market structure is weaker and distillates cracks improved, which makes valuation for Arab Medium and Arab Heavy worse than light grades,” one respondent said.

For Arab Heavy’s OSP, all except one respondent expected price cuts of more than $1. Strong margins for low-sulphur fuel oil, which has hit the highest since February 2020, may support the price of the heavy crude, said the respondent who had forecast a 55-cent reduction.Saudi Aramco sets its crude prices based on recommendations from customers and after calculating the change in the value of its oil over the past month, based on yields and product prices.

The producer will set February prices after a Jan. 4 meeting of OPEC+ to decide whether the group will increase output in February.

Below are expected Saudi prices for February (in $/bbl against the Oman/Dubai average):JAN Change est.FEB OSP

HOUSTON/LONDON, Nov 30 (Reuters) - When the supertanker Young Yong sailed to the Chinese port of Qingdao in September last year, it had quality certificates for its cargo stating it was transporting Malaysian crude oil, according to the documents reviewed by Reuters.
2 DAYS AGO
Reuters

SEOUL, Dec 1 (Reuters) - South Korea's exports in November suffered their worst annual drop in 2-1/2 years, hurt by cooling global demand in major markets led by China and a downturn in the semiconductor industry, data showed on Thursday.
2 DAYS AGO
Reuters

SEOUL, Dec 1 (Reuters) - South Korea's factory activity shrank for a fifth straight month in November but the downturn moderated slightly, a private-sector survey showed on Thursday, possibly suggesting the worst is over for businesses.
2 DAYS AGO
Reuters

(Reuters) -BHP Group Ltd Chief Executive Mike Henry told the Reuters NEXT conference on Wednesday that “all fundamentals are in place” in China for continued economic growth over the next 20 years.
2 DAYS AGO
Reuters

Nov 30 (Reuters) - Federal Reserve Chair Jerome Powell on Wednesday said it was time to slow the pace of coming interest rate hikes while also signaling a protracted economic adjustment to a world where borrowing costs will remain high, inflation comes down slowly and the United States remains chronically short of workers.
2 DAYS AGO
Reuters

SINGAPORE, Dec 1 (Reuters) - Asian equities jumped on Thursday, while the dollar slid as investors poured into risky assets after Federal Reserve Chair Jerome Powell opened the door to a slowdown in the pace of monetary tightening.
WASHINGTON STATE・2 DAYS AGO
Reuters

Yellen says she 'certainly' plans to remain as Treasury secretary

NEW YORK, Nov 30 (Reuters) - U.S. Treasury Secretary Janet Yellen on Wednesday said she "certainly" planned to remain on in her job. Yellen told an event hosted by the New York Times Dealbook she had no plans to leave Treasury.
2 DAYS AGO
Reuters

BRUSSELS, Nov 30 (Reuters) - The European Commission proposed a plan on Wednesday to compensate Ukraine for damage from Russia's invasion with proceeds from investing Russian funds frozen under sanctions.
2 DAYS AGO
Reuters

OTTAWA, Nov 30 (Reuters) - The Russian invasion of Ukraine shows that authoritarian regimes are not reliable trade partners and future supply chains should run through countries like Canada that are concerned about carbon emissions and human rights, Canadian Prime Minister Justin Trudeau said on Wednesday.
2 DAYS AGO
Reuters

NEW YORK, Nov 30 (Reuters) - The Federal Reserve could scale back the pace of its interest rate hikes as soon as December, Fed Chair Jerome Powell said on Wednesday, while cautioning the fight against inflation was far from over and that key questions remain unanswered, including how high rates will ultimately need to rise and for how long.
INDIANA STATE・2 DAYS AGO
Reuters

China wants US not to interfere in ties with India - Pentagon

NEW DELHI, Nov 30 (Reuters) - China has warned the United States to not interfere in its relationship with India following deadly border skirmishes between the Asian giants in 2020, the Pentagon said in a report.
2 DAYS AGO
Reuters

Nov 30 (Reuters) - Russia will pay special attention to building infrastructure for its nuclear forces in 2023, Defence Minister Sergei Shoigu said on Wednesday. Shoigu said in televised comments that the Russia would also work to improve the combat capabilities of its missile forces and that facilities were being built to accommodate new missile systems. Russia has the largest stockpile of nuclear weapons in the world, with close to 6,000 warheads.
2 DAYS AGO
Reuters

Nov 30 (Reuters) - The Federal Reserve has been "pretty aggressive" already with its interest rate hikes and won't try to crash the economy with further sharp increases just to get inflation under control faster, Fed Chair Jerome Powell said on Wednesday.
WASHINGTON STATE・2 DAYS AGO
Reuters

WASHINGTON, Nov 30 (Reuters) - President Joe Biden's welcoming of French President Emmanuel Macron at the first White House state visit on Thursday since the U.S. Democrat took power in early 2021, is being celebrated by officials from both countries as a recognition of France's status as America's oldest ally.
WASHINGTON STATE・2 DAYS AGO
Reuters

BEIJING, Nov 30 (Reuters) - Plucked from obscurity to head China's ruling Communist Party after the Tiananmen crackdown in 1989, former Chinese President Jiang Zemin was expected to be just another transitional figurehead, destined to be a footnote in history.
HAWAII STATE・2 DAYS AGO
Reuters

MOSCOW, Nov 30 (Reuters) - President Vladimir Putin's plan to make Turkey a hub for Russian gas in theory could allow Moscow to mask its exports with fuel from other sources, but that might not be enough to persuade Europeans to buy, analysts and sources said.
2 DAYS AGO
Reuters

BEIJING (Reuters) - Prices for new homes in China fell for a sixth straight month in November, increasing the government’s challenge in stabilising the property development industry, a private survey showed.
1 DAY AGO