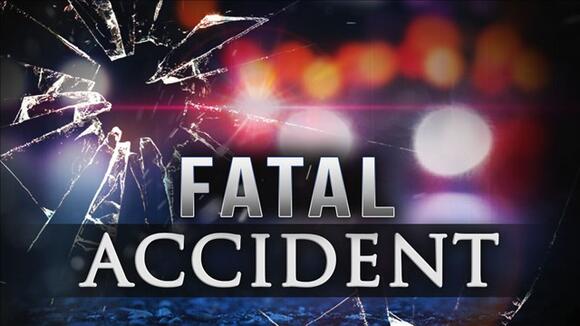 A Hartstown, Pa. man is dead after an accident in Crawford County.

According to Pennsylvania State Police, the single-vehicle accident occurred on Tuesday on Adamsville Road in East Fallowfield Township.

The driver, identified as 40-year old John Mercier of Hartstown, lost control of his Ford F-250 truck on the icy roadway.

He traveled off the north side of the road and his vehicle hit the ditch, causing the vehicle to roll three times. Mercier was ejected from the truck, according to Troopers.

Troopers stated that Mercier was not wearing his seat belt at the time of the accident and was deceased upon arrival of police.

(WJET/WFXP/YourErie.com) — A Union City driver recently struck a cow in Greene Township. According to a Pennsylvania State Police report, the driver — a 22-year-old Union City man — was driving west on Turner Road near May Road. A cow walked into the road from the north side of Turner Road. The driver tried to […]
13 HOURS AGO
YourErie

ARKWRIGHT, N.Y. (WIVB) — One person was killed in a two-vehicle crash on Saturday night in the Town of Arkwright, New York State Police announced Monday. Police say a Chevrolet Trailblazer traveling southbound on Center Road failed to stop at a stop sign and struck a Ford F-150 traveling westbound on State Route 83. As […]
10 HOURS AGO
YourErie

Pennsylvania State Police (PSP) was notified about a criminal incident between Nov. 14 to Nov. 16. At Forest Road 160 and Brown Run Road in Mead Township, an unknown individual allegedly shot at a Honeywell gas meter and caused $2,500 worth of damage, according to a police report. Anyone with information is asked to contact […]
4 HOURS AGO
YourErie

Police filed charges against a woman who stole an Edinboro man’s truck after standing outside their house. On Dec. 4 around 9:22 a.m., James Roberts reported to police that he watched his truck being driven out of his driveway by a woman, identified as Holly Kingston, 46, of Hadley, PA. According to a report, Kingston […]
3 HOURS AGO
YourErie

(WJET/WFXP/YourErie.com) — An Erie driver is uninjured after hitting a snowplow on Dec 1. The accident was at about 6:53 a.m. According to a Pennsylvania State Police report, the 22-year-old Erie man was driving a Chevy Cruze south on Route 8 near Church Street in Wattsburg. While navigating a right curve, he reportedly lost control […]
8 HOURS AGO
YourErie

One person is seriously injured following an overnight shooting in Erie. Calls went out for the shooting in the 2900 block of German Street just after 1:30 a.m. Monday. According to Erie Police, when they arrived on the scene they found a man suffering from a gunshot wound. He was taken to UPMC Hamot for […]
10 HOURS AGO
YourErie

One person is seriously injured following an overnight shooting in Erie. Police responded to a call just after 1:30 a.m. Monday in the 2900 block of German Street. According to Erie Police, when they arrived on the scene, they found a man suffering from two gunshot wounds to the pelvis. The victim was taken to […]
4 HOURS AGO
YourErie

An Erie man was sentenced after the murder of a Titusville man in 2021. Regginal Welch III, 21, appeared before Erie County Judge John Mead on Friday, Dec. 2. Welch was sentenced to a mandatory sentence of life without parole plus another five and a half to 11 years. Welch was convicted of first and […]
4 HOURS AGO
YourErie

It was a busy Friday night for multiple fire departments in western Erie County. In Franklin Township Volunteer Fire Department personnel responded to a reported tree on wires and on fire. In Lake City, Lake City Fire Company responded to multiple trees down on West Lake Road and a large tree down on Penn Street […]
2 DAYS AGO
YourErie

(WJET/WFXP/YourErie.com) — Adam Michael Sovel recently was sentenced in the Ashtabula County Courthouse to decades in prison for “pandering obscenity involving a minor.” Sovel was convicted by a jury on Nov. 22. He was convicted of six counts of pandering obscenity involving a minor. On Nov. 29, he was sentenced to 42 to 45 years […]
10 HOURS AGO
YourErie

(WJET/WFXP/YourErie.com) — A California man was sentenced in federal court Friday for conspiring to distribute cocaine and fentanyl that was found during a Pennsylvania traffic stop. Gabriel Garcia, 27, a former resident of Los Angeles, California, was sentenced in federal court up to 72 months in prison and three years supervised release for conspiring to distribute […]
2 DAYS AGO
YourErie

The two roommates who were also in the house at the time of the murders have broken their silence.
12 HOURS AGO
YourErie

(WJET/WFXP/YourErie.com) — It’s new, but is it really? Fairfield Hose Company was founded as a volunteer fire department in Harborcreek in 1945, and shortly thereafter it received a liquor license. It had a social club then. That club operated until it closed in 1999. Recently, the space served as a catering club. Earlier this year, […]
6 HOURS AGO
YourErie

A Georgia man's Facebook comment got him some unwanted attention from law enforcement — ending with an arrest.
1 DAY AGO
YourErie

Correction: The house is located on Amherst Road. Driving down Amherst Road in Erie you might be star-struck by a familiar-looking house. Every holiday season for the past seven years, Fred Wienecke has been decorating his home, located at 4526 Amherst Rd., to look like the Clark Griswold house in the movie “Christmas Vacation”. Folks […]
1 DAY AGO
YourErie

Donate toys until 7 p.m. at Stuff the Bus event benefiting Toys for Tots of Erie County

It’s not too late to contribute to Toys for Tots. The Erie Metropolitan Transit Authority (EMTA) is hosting its Stuff the Bus fundraiser until 7 p.m. Friday. The fifth annual Stuff the Bus event is benefiting Toys for Tots of Erie County. They are asking supporters to donate new, unwrapped, non-violent toys.   The fundraiser […]
3 DAYS AGO
YourErie

Erie County to recertify election results after mistake found in vote count; no change to results

Erie County has to recertify its election results after a mistake was found in the vote count. According to the Erie County Elections Office, there was a human clerical error in the calculation of votes. That mistake involves the count of Summit Township’s second precinct. County officials told us there were 485 additional votes. However, […]
3 DAYS AGO
YourErie

Hope on Horseback received a generous donation on Sunday from the 2023 USOA Mrs. Pennsylvania pageant winner. Carly Brigaman was a long-time volunteer at Hope on Horseback and now has the chance to give back. When she was selected to represent PA in the highly competitive United States of America Pageant in October, she was […]
1 DAY AGO