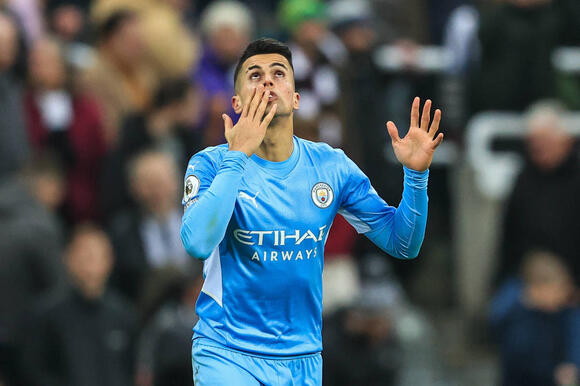 The 27 year-old full-back was involved in a horrifying burglary and assault on both Joao Cancelo and his family home on Thursday evening, where he lives with both his wife and his daughter in Manchester.

In a statement uploaded to his personal Instagram page prior to 11PM on Thursday, Joao Cancelo described the incident by stating how he had been 'assaulted' by 'four cowards' who had the aim of 'hurting both he and his family'.

A statement from Cancelo read, "Unfortunately today I was assaulted by four cowards who hurt me and tried to hurt my family. When you show resistance this is what happens."

"They managed to take all my jewellery and leave me with my face with this state. I don't know how there are people with such meanness."

"The most important thing for me is my family and luckily they are all ok. And I after so many obstacles in my life, this is just one more that I will overcome. Firm and strong, like always."

In the moments that followed, Manchester City also released a statement of their own, confirming police enquiries into the incident and their support for the defender as well as his family.

New details have also come to light surrounding the procedure that will now follow, with Jamie Jackson of the Guardian reporting that Manchester City staff have been with Cancelo following the incident to 'support both him and his family'.

The Guardian also confirm that the attack took place at his home, and regards to the player's involvement in City's upcoming Premier League match against Arsenal, a decision will be taken on Friday as to whether he will travel with the squad to London.

Paul Hirst of the Times details that the aforementioned decision surrounding Cancelo's involvement at the Emirates Stadium will take place on Friday morning.

Additional reporting from James Ducker of the Telegraph details the procedure that the Portugal international will have to go to, with their respective report stating that the City defender is 'likely' to be 'assessed physically and mentally' over the next 24 hours.

Should Cancelo be absent from the trip to Arsenal this weekend, then Pep Guardiola is likely to be without a total of three players, with Rodri and John Stones also in doubt following their absence from the midweek clash against Brentford.

Kyle Walker returned to first-team training on Thursday afternoon, following a period on the sidelines through injury and personal matters.

Manchester City midfielder Ilkay Gundogan was keen to praise three youngsters that featured in Germany's clash with Spain in the World Cup.
2 DAYS AGO