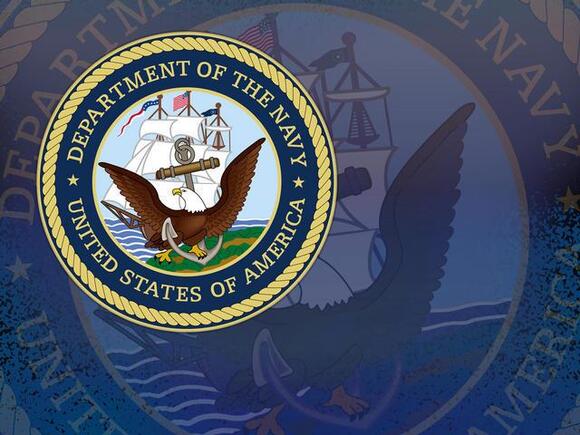 SAN DIEGO (CNS) — The commanding officer and executive officer of the San Diego-based USS Montgomery were relieved of command Thursday, according to a Navy statement.

Cmdr. Richard J. Zamberlan and Cmdr. Phillip Lunderberg were relieved "due to a loss of confidence in their ability to command," a Navy statement read.

No other details were provided for the reasons behind the firings, though the San Diego Union-Tribune reported that "the loss of confidence is connected to a mishandled sexual harassment complaint on the ship," citing a source familiar with the vessel.

Cmdr. Dustin Lonero of the USS Coronado has been assigned as the Montgomery's new commanding officer until a permanent replacement is found. Zamberlan and Lundberg will be reassigned to Commander, Naval Surface Force, U.S. Pacific Fleet, according to the Navy.

Navy investigates after a close call between ships

Webcam video caught the moments it looks like two Navy warships were traveling head-on in the San Diego Bay on Tuesday before turning to avoid each other.
SAN DIEGO, CA・1 DAY AGO
ABC 10 News KGTV

A job fair held in Mission Valley Thursday connected San Diego military veterans and their family members with recruiters, as many prepare to transition back into civilian life.
SAN DIEGO, CA・7 HOURS AGO
ABC 10 News KGTV

Where to get Narcan in San Diego County for free

San Diegans can obtain the medication Naloxone, or Narcan, for free at several locations around the county -- with no questions asked.
SAN DIEGO COUNTY, CA・12 HOURS AGO
ABC 10 News KGTV

Logan Heights duplex plagued by crime to be vacated

Mayor Todd Gloria Tuesday signed an executive order to address the illicit fentanyl crisis in the city by strengthening and prioritizing law enforcement for crimes related to the sale of the drug.
SAN DIEGO, CA・2 DAYS AGO
ABC 10 News KGTV

ABC 10News will celebrate Giving Tuesday with an evening of answering phones at Feeding San Diego and accepting donations in real-time from the public.
SAN DIEGO, CA・2 DAYS AGO
ABC 10 News KGTV

Family members are asking for help in finding any information that can help solve a case in which two men were killed.
CHULA VISTA, CA・13 HOURS AGO
ABC 10 News KGTV

A La Mesa sanitation company and its owners pleaded guilty Thursday to federal charges of selling a product with false claims that it could eradicate viruses, including the one that causes COVID-19.
LA MESA, CA・3 HOURS AGO
ABC 10 News KGTV

An earthquake registered at a magnitude 3.8 struck near Ocotillo, along the U.S.-Mexico border and east of San Diego County at 7:28 a.m. Thursday, according to the U.S. Geological Survey.
SAN DIEGO COUNTY, CA・11 HOURS AGO
ABC 10 News KGTV

State school board members gather in San Diego for conference

The California School Boards Association is holding its annual conference at the San Diego Convention Center, bringing board members from districts across the state together.
SAN DIEGO, CA・2 HOURS AGO
ABC 10 News KGTV

41 adoptable dogs from San Diego get second chance in Oregon