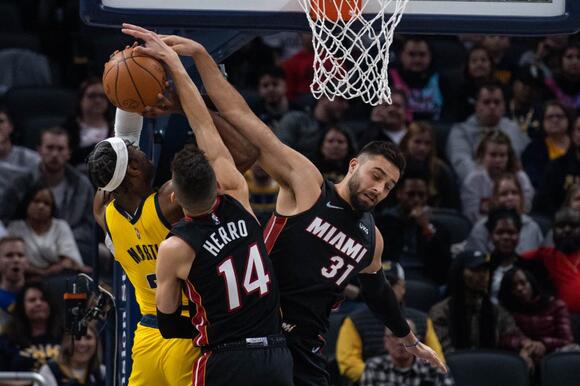 The Miami Heat acquiring Kyle Lowry was them going all in on getting back to the NBA Finals, which is where they were in the 2019-20 season. That said, Miami’s offseason transactions clogged their payroll, making depth an imminent issue.

Ironically, the presumed weakness of this team entering the season has been much better than anticipated. Furthermore, the Heat have a stable and productive second unit, and it’s rounding out a team that can win the Eastern Conference.

Miami’s second unit is led by Tyler Herro, who has taken another step towards stardom this season. At the same time, he essentially gets starting minutes and was getting as such in his first two NBA seasons. The difference has been those getting on the floor after Herro.

Max Strus, Gabe Vincent and Caleb Martin have been reliable and consistent forces. Strus has been an efficient source of offense, shooting from the perimeter at a high level. Vincent has been a scrappy scorer who occasionally starts and is a respectable shooter. Martin has made an impact on both ends of the floor and comes through with his fair share of buckets.

The aforementioned players are no older than 26. Meanwhile, they’re accompanied by veterans with established skill sets. Markieff Morris is a physical, two-way player who can stick mid-range jump shots. Dewayne Dedmon is a composed player in the paint on both ends.

With more minutes, maybe KZ Okpala, Omer Yurtseven and Marcus Garrett can make an impact? Plus, Victor Oladipo is still rehabbing from a knee injury. If and when Oladipo returns to the floor, the Heat have an exceptional bench with a bevy of plug-and-play skill sets.

Bench play isn’t something the Heat should be losing sleep over. 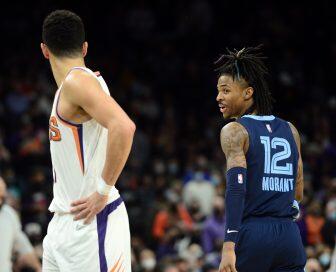 Miami’s second unit is doing a plausible job of keeping the score close. That’s all this team needs because the starting five is an ever-improving force.

Jimmy Butler is a two-way star. When healthy, Bam Adebayo is one of the best all-around big men in the NBA. Lowry has been inefficient but forces defenses to respect his ability to score off the dribble, which takes some attention off Butler and Herro. Duncan Robinson is an elite shooter. P.J. Tucker is a steady “three-and-d” player.

All the while, Herro has become an All-Star-caliber scorer. This rotation has a little bit of everything: scoring, shooting, defense, interior players and tenured coaching. There are several five-man units that Spoelstra can roll with given the flexibility that players like Butler and Adebayo provide in their versatile scoring.

Every NBA contender has its weakness. Usually it’s one of shooting, defense and depth. It’s difficult to find that gaping weakness on this Heat team even if Oladipo doesn’t take the floor.

Miami can do it all, and they have a roster of players with differing skill sets.

Miami is off to a respectable start, as they’re 22-13, which is good for the fourth seed in the East. At the same time, they’re capable of better performance, which has been somewhat impacted by health and safety protocols and Adebayo’s thumb injury .

That being said, the Heat are in promising shape. They have young athletes with upside, a star player, a lot of shooting and a stout defensive team. All the while, this core is accustomed to high-leverage, playoff games, specifically through their 2020 run to the NBA Finals. Last season, they were swept by the Milwaukee Bucks in the first round of the playoffs. This season, the Heat are deeper and have enhanced versions of their homegrown starters. 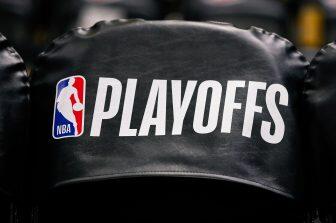 The NBA has been bizarre this season, to put it nicely. As it concerns the East, there are few, if any invincible teams in the conference at the moment. Young, inexperienced playoff teams like the Chicago Bulls, Cleveland Cavaliers and Charlotte Hornets being in the mix works in Miami’s favor. They’re more battle-tested and in some cases deeper than those teams.

Developing talent makes or breaks NBA teams. Miami developed Adebayo, Herro and Robinson, who are all featured elements of their team. Now they’re seeing individuals in their mid-20s like Strus, Vincent and Martin contributing to victories.

The Miami Heat are an NBA contender, and they have the potential to be even better than they are in the present. That potential doesn’t exist without a firing second unit.

Nobody picked Purdue as the Big Ten favorite during the preseason, but the polls and the metrics now believe the
WEST LAFAYETTE, IN・1 DAY AGO
Sportsnaut

Anthony Davis erupted for a season-high 55 points, four shy of his career-high, and recorded his 10th consecutive double-double with
LOS ANGELES, CA・3 HOURS AGO
Sportsnaut

Jerami Grant scored 28 points and Damian Lillard had 21 points and six assists in his return to the lineup
PORTLAND, OR・1 HOUR AGO
ESPN

No. 17 Duke has shown the ability to spread around its offense. Iowa has a go-to player who can be
DURHAM, NC・10 HOURS AGO
Sportsnaut

The Atlanta Braves and Oakland Athletics have a history of working out trades with one another. Most recently, Atlanta acquired
ATLANTA, GA・5 HOURS AGO
Sportsnaut

49ers QB Jimmy Garoppolo (ankle) carted off, out for game vs. Dolphins

San Francisco 49ers quarterback Jimmy Garoppolo was carted to the locker room after the team’s opening drive Sunday with an
SAN FRANCISCO, CA・7 HOURS AGO
Sportsnaut

Back in 2020, Kevin Stefanski led the Cleveland Browns to an 11-5 record and a surprise playoff appearance. The rookie
CLEVELAND, OH・10 HOURS AGO
Sportsnaut

Houston aware No. 1 ranking is volatile ahead of meeting St. Mary’s

Houston’s first game as the No. 1 team in the nation in nearly 39 years was a rousing success. The
HOUSTON, TX・2 DAYS AGO
Sportsnaut

As the MLB Winter Meetings close in, the Philadelphia Phillies are becoming one of the most aggressive teams on the
PHILADELPHIA, PA・1 DAY AGO
Sportsnaut

Kobe Johnson scored 17 points and made five steals, including a crucial takeaway late, as USC rallied to take down
LOS ANGELES, CA・3 HOURS AGO
Sportsnaut

Knicks rely on defense to get past Cavaliers

Ja Morant had 33 points and 10 assists and the Memphis Grizzlies never trailed while dispatching the host Detroit Pistons
DETROIT, MI・3 HOURS AGO
Sportsnaut

Tyler Huntley relieved an injured Lamar Jackson and scored on a two-yard touchdown run with 28 seconds remaining as the
BALTIMORE, MD・8 HOURS AGO
Sportsnaut

The debate about the best NBA players of all time is over. We've compiled this list of the 20 biggest winners to ever step foot on an NBA court.
CALIFORNIA STATE・2 DAYS AGO
Sportsnaut

Is this Madden? Colts give up an incomprehensible 33 fourth-quarter points, and Twitter reacts

The Indianapolis Colts entered the fourth quarter Sunday night trailing the Dallas Cowboys 21-19. Four turnovers and five touchdowns later, they lost 54-19. The 33 fourth-quarter points are a Dallas franchise record and just 2 points off the most scored in any quarter in NFL history. ...
INDIANAPOLIS, IN・35 MINUTES AGO
Sportsnaut

Aaron Judge is the top MLB free agent in 2022-’23 and the competition to sign him is heating up, with
CALIFORNIA STATE・1 DAY AGO
Sportsnaut

Cleveland Browns quarterback Deshaun Watson is set to make his 2022 NFL debut on Sunday against the Houston Texans, returning
CLEVELAND, OH・17 HOURS AGO