The latest news on UCF athletics 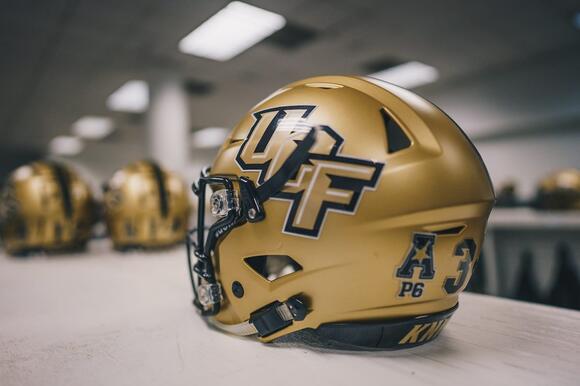 UCF Football trying to bring a former Florida prep player back to the Sunshine State.

Head Coach Gus Malzahn and the Knights’ coaching staff are hoping they can bring him back to his home state to play in Orlando as a sophomore next season. Jennings was a 4-star recruit coming out of Sandalwood High School in Jacksonville, and as a true freshman, he shined for Maryland’s defense.

He saw his first action after Fa’Najae Gotae got hurt in Maryland’s season opener, and immediately proved he could bolster the Terrapins’ defense. In seven games, he recorded 23 tackles and forced a fumble vs West Virginia. Pro Football Focus even had Jennings listed as Maryland’s best defensive player at times. He missed the last few games of the year due to injury.

Linebacker is certainly a position where UCF could use some depth, so it is not surprising to see them extend an offer here. Jennings would immediately provide that depth with his wide array of skills. For Maryland, he did everything from being a run stuffer to playing solid pass coverage over the middle of the field. He also forced a handful of QB hurries at times when rushing off the edge. Having played snaps against top Big Ten schools in Michigan and Michigan State, he has some experience against the best of the best that could prove helpful to an AAC roster.

Something that plagued UCF’s linebacker group at times this season was missed tackles. With Jennings, you will not see much of that. He showed an excellent ability to wrap up offensive players with veteran-like fundamentals in his freshman season.

Jennings also has NFL-type size. Maryland’s website has him listed at 6’3” and 235 lbs, and there is plenty of time for him to bulk up even more by the time his college career is over. He would come in as the second-biggest linebacker on UCF’s roster behind Hirkley Latu.

Jennings is not the only highly sought after Maryland linebacker in the transfer portal at the moment. Former five-star recruit Terrence Lewis, regarded by some as the best linebacker in his class, is also looking for a new school to call home after tearing his ACL before his freshman season.

UCF’s defensive coordinator Travis Williams has shown interest in Lewis as well. The Knights benefitted from some major contributions by incoming transfers this past season, and if they can secure one or even both of these linebackers, that trend would likely continue. Otherwise, UCF will need to find another way to get production from the linebacker position.

Recent Articles From Inside The Knights

Keys to Victory, Michigan at UCF

UCF RB Room Deep with Talent for 2022 and Beyond

Who is Parker Navarro?

Final Score Prediction: UCF and Florida in the Gasparilla Bowl

The Knights will have Alec Holler for first season in the Big 12.
ORLANDO, FL・6 HOURS AGO
Inside The Knights

The latest news on UCF athletics