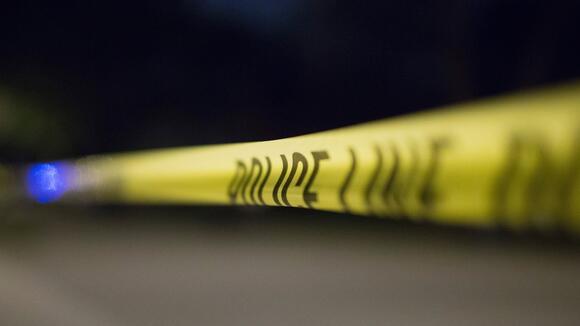 A 2-year-old Alaska boy has been killed by his guardians months after his father strangled his mother, authorities said.

Pleas of not guilty were entered for Steven Melovidov and Sophie Myers-Melovidov during court hearings Thursday.

Troopers said the boy was flown from St. Paul Island to an Anchorage area hospital earlier this month with a serious head injury and later died.

The couple became the boy’s guardians in October after his mother’s September death.

The mother’s husband, Joshua Rukovishnikoff, was indicted in her death. Court records show he has pleaded not guilty to murder and other charges.

MANHATTAN (PIX11) — A subway rider grabbed a 10-year-old boy’s legs and tried to take him off the train at the 34th Street subway station on Wednesday morning in an attempted kidnapping, police said. The victim was on the train with his 16-year-old sister and 15-year-old brother, authorities said. They were headed to school on […]
MANHATTAN, NY・3 DAYS AGO
PIX11

BROOKLYN (PIX11) — A man has been arrested for allegedly attacking a 12-year-old boy with a crutch while he headed to school last week in Brooklyn, police confirmed Wednesday. Jamal McIlwain, 28, of Brooklyn, was arrested and charged with two counts of assault, acting in a manner injurious to a child less than 17 and menacing, according […]
BROOKLYN, NY・3 DAYS AGO
PIX11

EAST HARLEM, Manhattan (PIX11) — The 45-year-old man beaten to death by a swarm of ATV and dirt bike riders in East Harlem was a dad on a date at the time of the fatal attack, a co-worker. Arthur Cooke was surrounded and attacked around 10 p.m. on Nov. 4. He died on Nov. 18. […]
MANHATTAN, NY・3 DAYS AGO
PIX11

MANHATTAN (PIX11) — A straphanger took off some of his clothes and allegedly tried to rape a 24-year-old woman aboard a Manhattan subway train last week, police said Thursday. Officers arrested the alleged attacker hours after releasing a surveillance image to the public. Chris Tapia, 23, was taken into custody on charges of attempted rape, […]
NEW YORK CITY, NY・2 DAYS AGO
PIX11

MIDWOOD, Brooklyn (PIX11) — A group of nearly a dozen people hurled eggs at a Jewish teen in Brooklyn last month, police said Wednesday. The 15-year-old victim was dressed in Jewish garb and walking near 1301 East 18 St. in Midwood on Oct. 24 at around 1 p.m. when a group of about 11 people […]
BROOKLYN, NY・3 DAYS AGO
PIX11

Man shot dead in the Bronx on Thanksgiving: NYPD

CROTONA PARK EAST, the Bronx (PIX11) — A man in his 30s was gunned down in the Bronx on Thanksgiving, police said. The man, who has not yet been publicly identified, was shot in the torso, officials said. Police responding to a 911 call found him unconscious and unresponsive on Hoe Avenue around 10:30 a.m. […]
BRONX, NY・2 DAYS AGO
PIX11

Two kids dead, mother in custody in the Bronx: NYPD

Editor’s Note: Police sources initially said the father was in custody, but police later clarified he was not in custody. MOUNT HOPE, the Bronx (PIX11) — Two young boys are dead and their mother has been taken into custody in the Bronx, police confirmed to PIX11 News on Saturday. The boys, ages 11 months old […]
BRONX, NY・8 HOURS AGO
PIX11

Man struck boy, 12, with a crutch in unprovoked attack in Brooklyn, police say

BROOKLYN (PIX11) — A man viciously beat a 12-year-old boy with a crutch during an unprovoked attack in Brooklyn last week, according to police and surveillance video. The boy was walking to the train station on Caton Avenue when he was ambushed on St. Paul’s Place on Nov. 17 at around 7:40 a.m., police said. […]
BROOKLYN, NY・3 DAYS AGO
PIX11

Editor’s Note: This post was updated to remove the teen’s name and photo after she was found. QUEENS (PIX11) — Police issued a plea for help to find a missing teenage girl from Queens on Thanksgiving. The 17-year-old girl was found in safe condition as of Friday night, police said. Before that, she was last […]
QUEENS, NY・2 DAYS AGO
PIX11

MORRIS PARK, the Bronx (PIX11) — The deaths of a Bronx man and woman have been deemed a murder and a suicide, months after they fell from a six-story building, police said Wednesday. Early in August, police found the unconscious and unresponsive victims in the rear courtyard of the Cruger Avenue building at Pelham Parkway South […]
BRONX, NY・3 DAYS AGO
PIX11

16-year-old stabbed in the stomach inside Staten Island Mall: NYPD

NEW SPRINGVILLE, Staten Island (PIX11) — A 16-year-old was stabbed in the stomach by another teen after an argument inside the Staten Island Mall on Friday, police said.  The teen was transported to Richmond University Medical Center in stable condition. According to police, they’ve apprehended the suspect and recovered a knife. It wasn’t immediately clear if […]
STATEN ISLAND, NY・21 HOURS AGO
PIX11

EDENWALD, the Bronx (PIX11) — A 14-year-old girl was shot in the Bronx on Thanksgiving, police said. She was shot in the leg around 2:20 p.m. near East 225th Street and Schieffelin Avenue, officials said. The teen was taken to a hospital for treatment. Police do not believe the teen was the intended target for […]
BRONX, NY・2 DAYS AGO
PIX11

EAST FLATBUSH, Brooklyn (PIX11) — A man has been arrested on Friday for the death of Shakim Devega, 28, who was found unresponsive in the Kingsboro Psychiatric Center in September, police announced. Tysheen Ashby, 33, of Brooklyn, was arrested on murder charges, according to NYPD. Police said an investigation revealed trauma to Devega’s neck and […]
BROOKLYN, NY・13 HOURS AGO
PIX11

THE BRONX (PIX11) — A hit-and-run driver struck a cop while trying to evade police in the Bronx Tuesday night, and fled the scene with his accomplice in the backseat, authorities said. Officers noticed a man changing the license plate on a gray BMW in front of 2287 Loring Ave. at around 10:40 p.m. and parked […]
BRONX, NY・2 DAYS AGO
PIX11

Driver beat to death by ATV riders in Manhattan: NYPD

EAST HARLEM, Manhattan (PIX11) –  The death of a 45-year-old man, after he was surrounded by 30 all-terrain vehicle drivers and then attacked by the group in East Harlem, has been deemed a homicide, police said on Wednesday. The victim, Arthur Cooke, was driving along East 125th Street on Nov. 4 when he was hedged […]
MANHATTAN, NY・3 DAYS AGO
PIX11

Two people robbed on the No. 3 train: police

MANHATTAN (PIX11) — While riding on the No. 3 train heading north, two women were robbed Wednesday morning, police announced Saturday. The two victims, ages 38 and 61, were riding the train around 3 a.m., when two unknown people pulled out a knife and demanded the victims give them their property, according to police. The […]
MANHATTAN, NY・9 HOURS AGO
PIX11

UPPER EAST SIDE, Manhattan (PIX11) — Two men were stabbed outside a Manhattan bodega Wednesday night, police said. About a dozen men were drinking outside the store on East 75th Street and First Avenue on the Upper East Side when a fight broke out at around 11 p.m., police said. The suspect stabbed one man […]
MANHATTAN, NY・2 DAYS AGO
PIX11

FLATBUSH, Brooklyn (PIX11) — A pair of police officers were assaulted on Friday while patrolling in Flatbush, NYPD announced Saturday. A man was blocking traffic around Avenue H and Flatbush Avenue around 4:20 p.m. Police said the man refused several requests to leave the street. When police tried to arrest the man for not following […]
BROOKLYN, NY・11 HOURS AGO
PIX11

MORRIS HEIGHTS, the Bronx (PIX11) — Two people died and two others are fighting for their lives after a fire ripped through a Bronx apartment building on Thanksgiving morning, police said. The blaze engulfed two apartments in the building at 1730 Harrison Ave. near West Tremont Avenue in Morris Heights at around 5:25 a.m., officials […]
BRONX, NY・2 DAYS AGO