Scientists in Egypt 'unwrap' 3,500-year-old pharaoh mummy without touching it 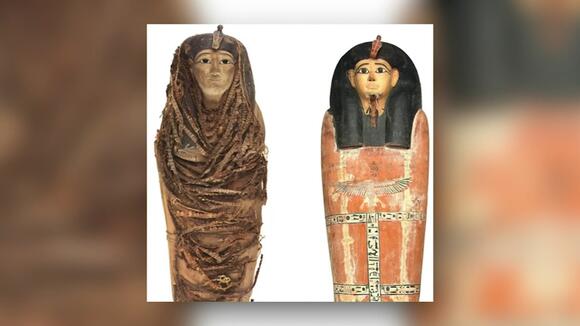 Scientists in Egypt have "unwrapped" a mummy that is thousands of years old. They unwrapped the mummy without touching it because the 3,500-year-old mummified remains of the Pharaoh Amenhotep are far too fragile to unwrap by hand. Researchers instead used computerized tomography to look deeper inside the remains without harming them. There are injuries that were inflicted after the pharaoh's death by ancient tomb robbers. Hieroglyphic texts said that priests and embalmers restored the mummy after those injuries were inflicted. The scan reveals priests and embalmers also preserved jewelry, including 30 amulets. Those items have remained under the mummy's wrappings.