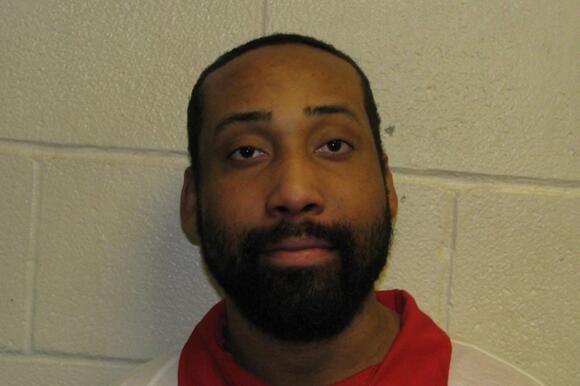 ROCKY HILL, Conn. (WCBS 880) -- A Connecticut man was charged Wednesday for faking a positive COVID-19 case in order to avoid his day in court.

Junior Jumpp, 31, of Hartford, was arrested and charged with a count of forgery and fabricating physical evidence following an investigation by the state’s Prosecution Bureau in the Office of the Chief State's Attorney.

He was ordered to appear in New Britain Superior Court on Nov. 30 due to his multiple arrests while out on bond.

But the day before, Jumpp’s counsel told a judge that he received a screenshot from his client that alleged to show he tested positive for COVID-19. He was subsequently excused from appearing.

But an investigation apparently showed that the test notification was forged so that he didn’t have to appear in court, officials said.

If found guilty of the latest charges, Jumpp faces a minimum of one year and a maximum of five years in prison.

Police charged a 42-year-old man with murder in the death of a 40-year-old woman in Connecticut on Tuesday, authorities confirmed.
MILFORD, CT・1 DAY AGO
WCBS News Radio 880

NY 'very concerned' about 'tripledemic' as winter nears; 'We are surrounded,' Hochul says

New York officials are concerned the state will be dealt a triple-whammy of three viruses—the flu, COVID-19 and RSV—as the winter months fast approach.
23 HOURS AGO
WCBS News Radio 880

A Queens man who went missing while working on a boat at a Long Island marina in mid-November was found dead on a beach this week, Suffolk County police said.
SHIRLEY, NY・7 DAYS AGO
WCBS News Radio 880

Suffolk County officials on Tuesday announced that a 42-year-old man was sentenced to eight years in prison for beating his two nephews with a metal pipe in 2018.
SUFFOLK COUNTY, NY・16 DAYS AGO
WCBS News Radio 880

An 81-year-old man was killed and a woman was wounded in a head-on crash in New Jersey on Tuesday afternoon, according to authorities.
BERKELEY TOWNSHIP, NJ・15 DAYS AGO
WCBS News Radio 880

A 22-year-old man pled guilty to attempted murder for shooting his ex-girlfriend in the chest during a “jealous rage” last year on Long Island, according to Suffolk County prosecutors.
SUFFOLK COUNTY, NY・19 DAYS AGO
WCBS News Radio 880

New incentives for green energy projects go into effect in January, which has created a plethora of opportunities for businesses.
1 DAY AGO
WCBS News Radio 880

For 25 years, the Women’s Business Development Council of Stamford has provided operational and marketing training to business owners at all stages.
STAMFORD, CT・15 DAYS AGO
WCBS News Radio 880

'Dean of Oil' says NYC could see $2 gas by January

As we approach the holidays, there is some good news for drivers in the Northeast: Gas prices are falling.
NEW YORK CITY, NY・19 DAYS AGO
WCBS News Radio 880

A deadly listeria outbreak linked to deli meats and cheese in six states has sickened eight people in the New York City area. Some people who got ill said they ate deli items from a Brooklyn supermarket.
NEW YORK CITY, NY・28 DAYS AGO