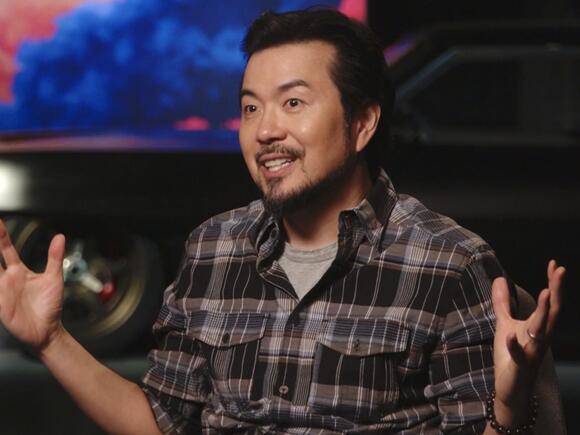 Filming on the tenth "Fast and the Furious" film is set to begin in next year , but director Justin Lin has been thinking about the end of the saga for a long time.

"'10' has a special meaning because '10', in my mind, was never going to come to life," Lin told Insider when we spoke this fall for the Blu-ray release of the director's cut of "F9: The Director's Cut."

Lin, who has directed five "Fast" films and helped revitalize the franchise, will direct the final two films in the main "Fast" saga .

He previously told Insider he's been thinking about the final chapter of the franchise with star Vin Diesel " for the last nine or so years ," but in September he told us he had conversations with Paul Walker about the saga's ending well over a decade ago, before the star's death in 2013 .

He continued, "But now sitting here talking to you, I think when Vin finally... said, 'Let's do it,' I felt like, 'Wow.' There's an added layer to that because this conversation has been, oh, it's been over 10 years. And, when we started, Paul was a big part of that conversation and so I really wanted to hopefully do justice to that."

For as silly as some may consider the "Fast" franchise, which has evolved from a simple film about street racing to larger-than-life superhero movies featuring more intricate stunts over the years, Lin always appeared to have some grand plan in mind for the saga, even if he wasn't a part of it anymore. (He originally planned to end his run after "Fast 6" before Diesel convinced him to return for the final trilogy .)

Other than the Marvel Cinematic Universe, other franchises have seemed to fly by the seat of their pants a bit. For fans, it's likely comforting to hear that Lin has been mapping out the final trilogy of the now $6 billion "Fast" saga for a long time.

"I think in spirit, I definitely feel like we have it and I think now it's about: How can we do that in a respectful way and bring that to life?" Lin said of closing out the saga.

"When I'm done [doing interviews], I'm going home to kind of work on it," Lin added. "It has a challenge to it that I think [of] in a positive way. If it was easy, then something's wrong. So, it's a struggle every day, but I think it's worth going after."

Will 'Fast 10' change at all now that The Rock says he isn't coming back?

As "Fast 10" is about to get underway, you have to wonder if Lin and Diesel's original plan is being changed up at all.

Recently, Diesel made a passioned plea on Instagram for Dwayne "The Rock" Johnson to return to the franchise and end the longstanding feud the two franchise stars have had. (You can read a breakdown of that here .)

"I told you years ago that I was going to fulfill my promise to Pablo," Diesel wrote in a November Instagram. "I swore that we would reach and manifest the best Fast in the finale that is 10! I say this out of love… but you must show up, do not leave the franchise idle you have a very important role to play. Hobbs can't be played by no other. I hope that you rise to the occasion and fulfill your destiny."

"This past June, when Vin and I actually connected not over social media, I told him directly — and privately — that I would not be returning to the franchise," Johnson said. "I was firm yet cordial with my words and said that I would always be supportive of the cast and always root for the franchise to be successful, but that there was no chance I would return."

Johnson added: "Vin's recent public post was an example of his manipulation. I didn't like that he brought up his children in the post, as well as Paul Walker's death. Leave them out of it. We had spoken months ago about this and came to a clear understanding."

Since joining the "Fast" franchise in 2011's "Fast Five," it's possible Johnson was looped into the ending of the franchise being discussed back in 2008 when Walker was still very much a part of the saga.

How the 'Fast Saga' can move on without Johnson: Bring back some other familiar faces.

Not having Johnson back to close out the saga would be a bit of a bummer, but there are other ways to fill the void.

The end of "Fast 9" teased the return of Deckard Shaw (Jason Statham). The final two films have a lot to tie up in terms of the Shaw sibling storyline, Charlize Theron's cyberterrorist Cipher, and fully realizing the "Justice for Han" movement.

When we asked Lin if it's possible to see actors like Mendes and Luke Evans reprise their roles in the "Fast" franchise, he teased that he knows the stories of the franchise's many characters.

"I love all the characters and with all the actors that bring these characters to life, most of our conversations, when we make these movies, 90% of it, you don't see [on screen]. It's all backstory. I think we're at a point now that there's an appetite," Lin said.

Mendes' character not only worked with Hobbes in "Fast Five," but also Walker's character, Brian O'Conner, in "2 Fast 2 Furious." Fuentes could, to some degree, serve the same purpose as Hobbes in the role of an agent and would also be a fan-friendly connection to Walker's past.

"I'm hoping that a lot of these stories that we've been talking about for years, we're going to be able to find the right venue to be able to bring them to life," Lin added.

With Johnson out of the franchise, it may be more possible than ever to now see some blasts from the past return to help close out the "Fast" franchise.

You can follow along with our "Fast 9" coverage here .

Diesel and several other "Fast & Furious" cast members regularly pay tribute to the late Walker, who died in a car accident in 2013.
19 HOURS AGO
Insider

Dwayne Johnson says Warner Bros. didn't want Henry Cavill back as Superman: 'We were not going to take no for an answer'

Dwayne Johnson said Warner Bros. "inexplicably" didn't want Henry Cavill to return to the cape and tights as Superman for a role in "Black Adam."
2 DAYS AGO
Insider

Quentin Tarantino previously criticized Marvel movies, saying that audiences go to see the characters, not the actors.
1 DAY AGO
Insider

The "Mummy" star said that his son Griffin — who has "big hands and feet, a big body" — allowed him to understand the experience of obesity.
17 HOURS AGO
Insider

In her sixth annual interview with Vanity Fair, the 20-year-old singer said she's "really happy" about her relationship with the 31-year-old musician.
2 DAYS AGO
Insider

Dwayne Johnson said he was "broke as hell" when he used to steal a Snickers bar every day, which is why he returned to the store to make it right.
HAWAII STATE・2 DAYS AGO
Insider

The actor didn't hold back while speaking to Insider about the need for more Latin representation in Hollywood or his new role in "Violent Night."
3 HOURS AGO
Insider

"Avatar" and "Guardians of the Galaxy" star Zoe Saldaña said she hasn't been "able to expand or grow or challenge myself."
1 HOUR AGO
Insider

Episode five of the Paramount Network drama, titled "Watch'em Ride Away," airs Sunday, December 4, and shows Summer settling into life at the ranch.
17 HOURS AGO
Insider

Will Smith made his first red carpet appearance since the Oscars slap at the 'Emancipation' premiere, alongside his family

Eight months after he slapped Chris Rock on stage at the 2022 Academy Awards, Smith returned to the red carpet to promote his new film.
LOS ANGELES, CA・1 HOUR AGO
BuzzFeed

Please accept this noble attempt to rank all of our childhood memories.
1 MINUTE AGO
Insider

The "Yellowstone" origin story introduces a new generation of Duttons led by Harrison Ford and Helen Mirren. See our breakdown of the trailer.
MONTANA STATE・2 DAYS AGO