Police: Woman kidnapped at gunpoint by man she was meeting to buy shoes from 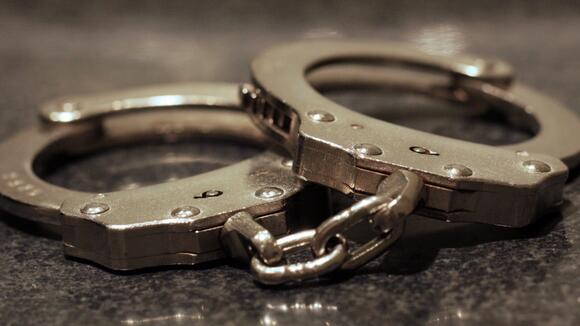 SOUTH SALT LAKE (ABC4) – A woman was kidnapped at gunpoint by a man who she agreed to meet up with to buy shoes from in Salt Lake CIty Wednesday, police say.

The woman was interested in buying some shoes from a man she had contacted through social media. The two agreed to meet in front of the Hilton Hotel at 255 South West Temple Street around 6:30 p.m.

The woman entered the White Jeep SUV that the suspect was driving and after speaking with him, she realized she knew the suspect, 26-year-old Najee Eugene Christopher.

Christopher began driving away with the woman in the car and when she asked the suspect to drive back to the hotel — he refused. A short while later, he drew a small handgun from inside his jacket and pointed it at her.

Police say Christopher tried to pull the woman’s leggings down as he was driving. At some point during the kidnapping, the woman contacted her mom saying, “she was being held in a white Jeep by a man with a gun in the area of 3435 South Main Street.”

After about 30 minutes, Christopher stopped in the parking lot of business at 3424 South Main Street. The woman was able to flee from the vehicle and told police she heard what she believed to be a gunshot. The suspect then left the area at a very high speed.

During the investigation, Police found a fresh bullet hole in one of the windows of the building at 3400 South Main Street and they were able to recover a bullet from inside the building.

Using surveillance video, police were able to capture the license plate of the car Christopher was driving. When officers located the suspect’s address from his driver’s license, a SWAT team executed a search warrant of the suspect’s house, but he was not home.

During the search, residents gave police the address of Christopher’s girlfriend’s home, where he was later arrested.

Police recovered the gun Christopher had threatened the victim with from the roof of a building in South Salt Lake.

Christopher was booked into Salt Lake County Jail for aggravated kidnapping, felony discharge of a firearm, obstruction of justice, purchase of a firearm by a restricted person, sexual battery, and marijuana possession.

Najee?? White boy?? Hardly. Hey lady, don't get in a strangers car if you're alone. Use common sense if you have any and bring a friend with his /her phone taking video or pictures of the situation. Don't set yourself up to be a victim.

The man who was allegedly involved in a shootout with police on I-15 in Layton on Wednesday, Nov. 30 has been identified and booked into the Davis County Jail.
LAYTON, UT・1 DAY AGO
ABC4

A Kanab man has been charged with murder after reportedly shooting and killing a 29-year-old woman during a fight in Salt Lake City on Nov. 20.
SALT LAKE CITY, UT・12 HOURS AGO
ABC4

Several people were treated by medical personnel and one taken to the hospital after an incident involving pepper spray at an Ogden mall on Friday.
OGDEN, UT・14 HOURS AGO
ABC4

Police identify woman found dead on the road in Provo

The Provo Police Department has identified the woman who was found dead in the middle of the roadway at 800 North 850 West on Thursday, Dec. 1.
PROVO, UT・1 DAY AGO
ABC4

The suspect who shot two people at an off-campus student housing complex in Orem two weeks ago has turned himself in on Wednesday, Nov. 30.
OREM, UT・2 DAYS AGO
ABC4

A UTA bus driver was pushed to the ground by a bicyclist, breaking his hip, while on his route on Friday.
SALT LAKE CITY, UT・1 DAY AGO
ABC4

A Utah man has pled guilty after running over and killing a West Jordan teen in late April.
WEST JORDAN, UT・4 DAYS AGO
ABC4

An elderly man has died as a result of a car crash in West Jordan on Thursday, Dec. 1.
WEST JORDAN, UT・2 DAYS AGO
ABC4

A Salt Lake City Police Officer arrested a man for suspected drug dealing of multiple types of narcotics on Tuesday, Nov. 22, who was allegedly hiding drugs in his mouth while speaking to police.
SALT LAKE CITY, UT・4 DAYS AGO
ABC4

Two cameras were found on Wednesday, Nov. 30, taped under restroom sinks on different floors of the University of Utah Eccles Student Life Center. University Police have identified a suspect and arrested them.
SALT LAKE CITY, UT・3 DAYS AGO
ABC4

A Clearfield man who is accused of killing his grandparents has been formally charged at the Second Judicial District Court in Davis County on Monday, Nov. 28.
CLEARFIELD, UT・5 DAYS AGO
ABC4

What is Treacher Collins Syndrome? Ogden family opens their home to share their journey

Teacher Collins Syndrome (TCS) is a rare genetic disorder. You may be familiar with it if you’ve seen the 2017 film Wonder. For one Ogden family, TCS is not something they only see in the movies, it's something they live with every day.
OGDEN, UT・1 DAY AGO
ABC4

An elderly man is in critical condition after his car was struck by a TRAX train in Salt Lake City Tuesday, according to the United Transit Authority.
SALT LAKE CITY, UT・4 DAYS AGO
ABC4

Plan to throw a rock? What about a snowball? Be careful because it might just be illegal. Utah’s got some weird laws that may leave you scratching your head.
PROVO, UT・1 DAY AGO
ABC4

Where to eat on Christmas, Christmas Eve in Salt Lake City

The holidays grow near, and for those of you that don't want to cook at home, restaurants will be serving special holiday meals for the family to enjoy.
SALT LAKE CITY, UT・1 DAY AGO
ABC4