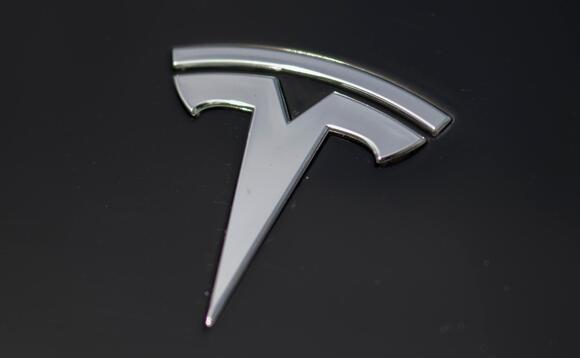 In a letter to the National Highway Traffic Safety Administration (NHTSA)  on Wednesday, Tesla said it plans to recall 356,309 Model 3 vehicles made between 2017 and 2020 over concerns that the car’s rearview camera cable harness may be damaged by the opening and closing of the trunk, which the company said could prevent the rearview camera image from displaying.

The company is also recalling up to 119,909 Model S cars made between 2014 and 2021 due to the car’s front trunk latch being misaligned, which Tesla said could prevent the secondary hood latch from engaging and result in the hood opening unexpectedly, according to another Wednesday letter to NHTSA.

Tesla will inspect the recalled vehicles and make any necessary repairs free of any charge to their owners, per the letters.

This comes after NHTSA announced last week that Tesla owners would no longer be able to play video games on a Tesla console while driving, saying the company would send a software update that would cause the “Passenger Play” function to lock and cease working when the vehicles are in motion, according to CBS .

Shortly before that announcement, the agency opened an investigation into reports about Tesla’s video game consoles distracting drivers.

For the latest news, weather, sports, and streaming video, head to mypanhandle.com.

OKALOOSA COUNTY, Fla. (WKRG) — The Okaloosa County Sheriff’s Office said they arrested a 27-year old school nurse for “stealing prescription medication from several students and replacing their medications with aspirin or Aleve,” according to a release from the OCSO. Makayla Crandall, 27, of Niceville, was hired at Destin Middle School in July 2022. According […]
OKALOOSA COUNTY, FL・6 DAYS AGO
WMBB

PANAMA CITY BEACH, Fla. (WMBB) — An update in the investigation of a Georgia man’s violent night behind the wheel was released by Panama City Beach Police Department. PCBPD said he is responsible for two different traffic crashes within just a few minutes of each other. In a news release, police identified 34-year-old Derrick Von […]
PANAMA CITY BEACH, FL・5 DAYS AGO
WMBB

Ed. Note: Calhoun County Sheriff’s officials originally misreported how many times the victim was shot. They said Monday that they have determined the victim was shot five times. This story has been updated to reflect that new information. Update as of 2:21 p.m. CALHOUN COUNTY, Fla. (WMBB) — The Calhoun County sheriff’s office is continuing […]
CALHOUN COUNTY, FL・4 DAYS AGO
WMBB

SPRINGFIELD, Fla. (WMBB) — One person was hospitalized after a traffic crash in Springfield on Tuesday afternoon. It happened around 2 p.m. at the intersection of East 15th Street and School Avenue. It appears one car and one motorcycle were involved in the accident. Springfield Police said that the victim was in stable condition. Traffic […]
SPRINGFIELD, FL・2 DAYS AGO
WMBB

PANAMA CITY, Fla. (WMBB) — An 11th grade student was arrested on Tuesday after a handgun was found in his backpack, according to Bay County Sheriff’s Office. According to BCSO, Tyheem Boone was reportedly vaping in the bathroom. Administration did find him vaping and then conducted a search of his backpack, the report said. A […]
BAY COUNTY, FL・2 DAYS AGO
WMBB

An off-duty Chicago police officer vacationing in Florida was arrested Monday after he was caught peeing into an ice machine while at a bar in St. Petersburg, according to the Pinellas County Sheriff's Office.
SAINT PETERSBURG, FL・1 DAY AGO
WMBB

PANAMA CITY, Fla. (WMBB) — Panama City Police Department is asking for the public’s help in locating a missing person. Kelsea Taylor, 17, has been missing for nearly a year. She is from Spalding County, Georgia. “She is 5-feet-3 and weighs approximately 130 pounds,” PCPD wrote. “She has brown hair and brown eyes.” If you […]
PANAMA CITY, FL・16 HOURS AGO
WMBB

CALHOUN COUNTY, Fla. (WMBB) — The Calhoun County Sheriff’s Office is continuing their investigation into the shooting of a 12-year-old boy. It happened Friday night at his home in Blountstown. The sheriff’s office believes the shooting was a targeted attack. Initially, investigators believed he was shot three times, but on Monday Calhoun County Sheriff Glenn […]
CALHOUN COUNTY, FL・3 DAYS AGO
WMBB

PANAMA CITY BEACH, Fla. (WMBB) — A Georgia tourist is in custody after a violent night behind the wheel, according to Panama City Beach police. PCBPD said he was responsible for two different traffic crashes that happened within a few minutes of each other. The incidents began Friday evening at the Continental Condominiums on Front […]
PANAMA CITY BEACH, FL・6 DAYS AGO
WMBB

Florida man arrested after stealing over $1.3K in Walgreens toothbrushes

A Florida man was arrested Monday after deputies said he stole $1,375 in toothbrushes from a Walgreens.
MARATHON, FL・2 DAYS AGO
WMBB

Actress Kirstie Alley has died at the age of 71, according to a statement from her family.
3 DAYS AGO
WMBB

PANAMA CITY, Fla. (WMBB) — A new Tex-Mex restaurant opened on Monday in Panama City. Tijuana Flats is now located at 226 West 23rd Street. The chain restaurant is known for its unique Tex-Mex cuisine. The first Tijuana Flats was opened in Winter Park, Florida back in 1995. Since then, it has expanded to four […]
PANAMA CITY, FL・1 DAY AGO
WMBB

PANAMA CITY, Fla. (WMBB) — An Everbridge Alert was sent out from Bay District Schools to parent and guardians whose students attend Cedar Grove Elementary after a student was found with a weapon. The Everbridge Alert said “This is Bay District Schools with an important safety update for parents and guardians of students who attend […]
PANAMA CITY, FL・22 HOURS AGO
WMBB

Panama City Beach bans smoking on beaches and in parks

Construction of thousands of homes expected in Springfield

SPRINGFIELD, Fla. (WMBB) — In a Monday night meeting, Springfield Mayor Ralph Hammond announced the city can expect construction to begin on a large development soon. Tallahassee home-builder Premier Fine Homes is working to purchase 328 acres in Springfield. The development will be for both single-family and multi-family residences, as well as commercial. The mixed-use […]
SPRINGFIELD, FL・1 DAY AGO
WMBB

A step back in time at Florida Caverns State Park

TAMPA, Fla. (WFLA) — A young football coach was shot multiple times as he shielded passengers from a barrage of gunfire in a drive-by shooting that left one of his players dead in Jacksonville, his lawyer said. WJXT reports the 21-year-old was taking four players home from tryouts when someone pulled up next to his […]
JACKSONVILLE, FL・2 DAYS AGO
WMBB

Two college students each wound up winning $100,000 in tuition Saturday, shortly after boos filled Mercedes-Benz Stadium because of a confusing ending in a halftime contest during the SEC championship game.
ATLANTA, GA・4 DAYS AGO