Tami Roman Checks ‘Real World’ White Castmates Hard For Using The N-Word, And It Only Gets Worse 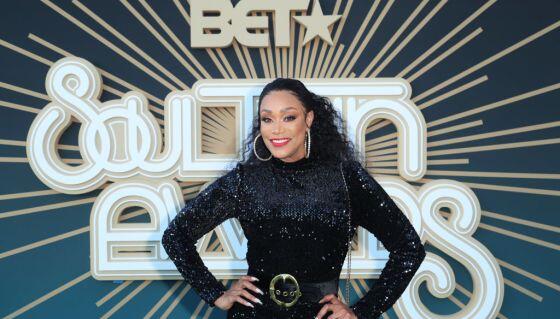 Oh the Caucasity! If there ever were a preferred pastime of white people, it’s using any opportunity available to sneak in use of the N-word at every turn possible. Many attempts were made on the latest episode of Paramount Plus’ The Real World Homecoming: Los Angeles , and cast member Tami Roman was not playing with anyone who tried that kind of mess with her.

The games began when Roman asked fellow castmate Irene Berrera-Kearns, a white Latinx police officer, about how she handled herself in the wake of Black Lives Matter protests. Berrera-Kearns acknowledged she could have spoke up more about corrupt cops and didn’t oppose the BLM movement per se.

A post shared by The Real World Homecoming (@realworld)

But then Roman turned to Jon Brennan, a 47-year-old youth pastor from the South, and he tip-toed around language that didn’t sit well with Roman. “I live in Alabama,” Brennan said. “Do you know who’s in my house right now? Young, Black-colored people that I’m minister to and I’m a father figure.”

Roman peeped his questionable use of the word “ colored ,” but Brennan did his best Joe Petto imitation to justify the outdated term. “Well, they don’t mind,” the pastor told Roman. “They call themselves words I won’t repeat.”

Glen Naessens, another cast member who is also white, chimed in to say he’s been called the N-word before but he doesn’t see color . “You know you need to see some color,” Roman responded to the microaggression, “so you understand what I’m going through in America.”

Naessens then felt he should try to empathize with Roman and explain his colorblindness. “The first time I really felt what you’re passionate about was when I was with my friend John,” he told the group, “and I went to a pizza place, right? And they called him a n*****!” Really slick.

“You don’t say that,” Roman shot back at Naessens. So he started to argue with her, using the Joe Petto defense. “I’m saying that you can say he was called the N-word,” Roman pushed back. “You don’t understand that the word shouldn’t come out of your white-a** mouth.”

Berrera-Kearns tagged herself back into the convo and used a dubious method to sneak in her own use of the N-word. “You have no idea what it is to be a n****!” she shouted at Naessens. She told Naessens he should never use that word.

Roman shook her head, realizing she was now part of a real-life Key & Peele skit. and muttered, “I can’t.” Berrera-Kearns tells Naessens he should never say that word but Roman says, “You don’t say it either!” Roman was so over everybody she started smoking in the house, shower cap on and all!

However, the person who really got on Roman’s nerves was David Edwards, who is Black. He didn’t say anything during the whole interaction. In fact, Edwards stuck up for everyone else and blamed Roman. “These two people? Come on,” he said. “It’s not like Irene’s a racist. I didn’t take offense. I didn’t even take offense when Glenn said it. And I thought it was unfair what Tami did to them. It was toxic.” All skinfolk ain’t kinfolk, right?

But Black Twitter has Roman’s back, and we know the deal. See what the people have had to say below:

A 61-year-old man in Florida married his goddaughter, and the girl said, "everybody is just jealous of her."

A white glamor model who underwent a series of tanning injections now claims she has ‘changed race’ and will give birth to babies that are ‘black’. Martina Big, a 30-year-old German model who has been receiving melanin injections for two years, claimed while making an appearance with her new husband, Michael, on a TV show, that she will give birth to black babies. But she has revealed that they are not planning to have a baby.
1 DAY AGO
Bossip

Fair Or Foul? Kenya Barris Gets Dragged Over Swirl-ish Netflix Comedy ‘You People’

Kenya Barris’ upcoming Netflix comedy is getting mixed reactions. Twitter is ablaze over Netflix’s upcoming comedy You People where Jonah Hill attempts to win over potential parents-in-law Eddie Murphy and Nia Long who aren’t crazy about him dating their daughter played by Lauren London. Directed by Black-ish...
19 MINUTES AGO
Cassius

A new eight-episode reality dating show Back in the Groove focuses on what has been referred to as cougars who are looking for love with more than willing younger men.
14 DAYS AGO
BuzzFeed

These bring me so much joy.
8 MINUTES AGO
Cassius

Nick Cannon Announces He’s Got a 12th Kid on The Way, Twitter Reacts

Will this be Nick Cannon's last child?
25 DAYS AGO
Cassius

'The Best Man: The Final Chapters' new trailer gives us a better look at the eight-episode limited series.
7 DAYS AGO
Cassius

Angela Bassett felt the same way as fans about THAT moment.
21 DAYS AGO
Cassius

Devin Booker and Kendall Jenner are done.
15 DAYS AGO
Cassius