More than 180 citations issued during I-29 patrol 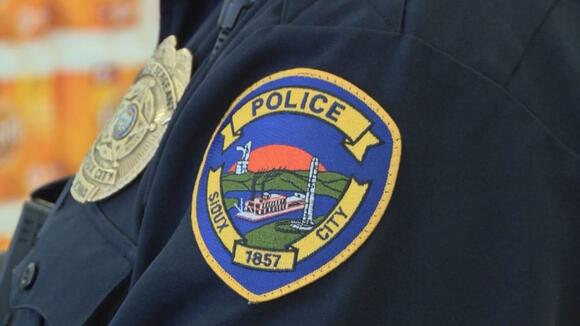 From 2 p.m. to 10 p.m., officers working with Iowa State Patrol, Sergeant Bluff Police Department, Sioux City Police Department, and the Woodbury County Sheriff’s Office were keeping an eye out on I-29 for violations. During this time, a total of 135 vehicles were pulled over for a traffic stop.

Reports showed 54 traffic stops were for speeding, while 187 citations and 146 warnings were issued.

Officers also made some arrests. One person was arrested for an outstanding warrant. Others were arrested for methamphetamine and marijuana.

Police said no one they pulled over was drunk or high, so that was a highlight of their evening.

Man shot in the face at apartment complex in Carroll, DCI says

A man is in critical condition after suffering a gunshot to the face at a Carroll apartment.
CARROLL, IA・14 HOURS AGO
KCAU 9 News

Deputies with the Plymouth County Sheriff’s Office were led on a high-speed pursuit that resulted in injuries.
LE MARS, IA・1 DAY AGO
KCAU 9 News

According to the Iowa State Patrol, its troopers responded to 54 crashes from last Wednesday to Sunday.
IOWA STATE・1 DAY AGO
KCAU 9 News

A Roberts County deputy and a Sisseton Wahpeton Oyate Tribal Officer have made the largest fentanyl seizure in South Dakota history, according to a Facebook post by the Roberts County Sheriff's Office (RCSO).
ROBERTS COUNTY, SD・1 DAY AGO
KCAU 9 News

Former Woodbury County Sheriff Dave Drew told KCAU 9 he is going to withdraw his name from the Woodbury County Board of Supervisors position.
WOODBURY COUNTY, IA・11 HOURS AGO
KCAU 9 News

Next court date set for suspect in Laurel homicide

A court date has been set for the suspect in the quadruple homicide in Laurel, Nebraska.
LAUREL, NE・1 DAY AGO
KCAU 9 News

A 28-year-old man who used to be employed by the Virginia State Police has been identified as the suspect in a triple homicide in Riverside, California.
RIVERSIDE, CA・2 DAYS AGO
KCAU 9 News

Right now, it's only illegal to send or read a message in Iowa while driving.
IOWA STATE・13 HOURS AGO
KCAU 9 News

A Sioux City teen was arrested after he allegedly shot a pet dog during a robbery.
SIOUX CITY, IA・1 DAY AGO
KCAU 9 News

Sioux City’s Engineering Division is asking residents who have new sidewalks and driveways to use sand instead of de-icer as impending snowfall has been predicted.
SIOUX CITY, IA・2 DAYS AGO
KCAU 9 News

What started as an effort to lobby for South Dakota marijuana turned into a boots on the ground operation that will soon open its doors.
NORTH SIOUX CITY, SD・1 DAY AGO
KCAU 9 News

Board of Supervisors provide more updates on possible pipeline

Pipelines carrying a variety of materials continue to pop up on the Midwest landscape.
WOODBURY COUNTY, IA・1 DAY AGO
KCAU 9 News

Kim Rathman has been with the Postal Service since 1984 working during the morning shift. She has been behind the counter at the post office since 1992.
SIOUX CITY, IA・10 HOURS AGO
KCAU 9 News

Monte James was out looking for pheasants on public land along the Missouri River Sunday afternoon when he noticed a lot of white along the shoreline.
YANKTON, SD・2 DAYS AGO
KCAU 9 News

Gov. Reynolds, others call for repeal of military vaccine mandate

Iowa Governor Kim Reynolds has joined other governors in sending a letter to Congress.
IOWA STATE・12 HOURS AGO
KCAU 9 News

How will a TikTok ban impact SD agencies?

On Tuesday, following Gov. Kristi Noem’s executive order banning use of the app for state government agencies, employees, and contractors on state devices, the Department of Tourism deleted its account which had more than 60,000 followers.
SOUTH DAKOTA STATE・10 HOURS AGO
KCAU 9 News

Stray of the Day: Meet Wally

SIOUX CITY, Iowa (KCAU) — Meet today’s Stray of the Day! This is Wally, a 1-2 year old, male, German Sheperd and Labrador mix. He was found abandoned on the 2400 block of West street in late October. The shelter says he’s very shy and timid at first but once he warms up to you, […]
SIOUX CITY, IA・16 HOURS AGO
KCAU 9 News