Are local police voluntarily reporting use of force to the FBI? 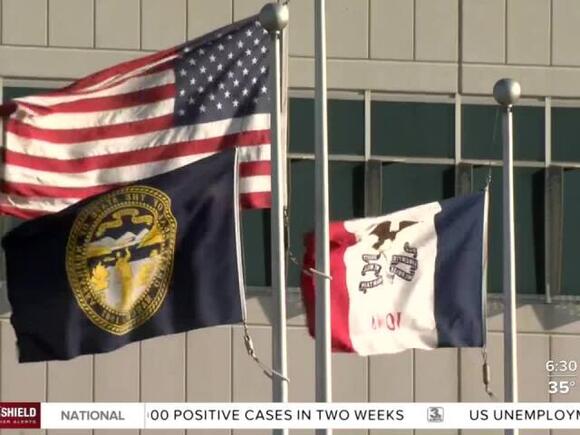 If you want data on when law enforcement in America kill, seriously injure, or otherwise shoot at people, you're out of luck.

Since 2019, the FBI has been trying to collect data from agencies. But less than 60% participate in the optional program, so the FBI only reveals which agencies those are.

But the rate remains just below 60%. If that doesn't change by the end of the next year, the FBI would have to end the program altogether, the Washington Post reported.

In Nebraska, 90% of law enforcement personnel work for participating agencies, according to the FBI's website. In Iowa, that number is drastically lower at 19%.

A major difference is that the Nebraska Crime Commission asks for the data from all agencies in the state, which it then passes along to the FBI. The Iowa Department of Public Safety does not ask for the data from local agencies.

"We have been successful with this program for the simple reason that Nebraska law enforcement agencies wanted to comply with it," said Don Arp Jr., the executive director of the Nebraska Crime Commission, in a statement. "Further, collecting use of force data launched at the same time as another reporting program that is federally required, so the programs likely shared some momentum.”

The Iowa Department of Public Safety doesn't "currently have the resources to introduce a new data collection effort," a spokesperson told 3 News Now.

The department is in the midst of bringing to full participation a new data collection program called I-CRIME. The department said because of that, "we’re not 'fully functional,' nor are we in a position to modify our technical specification at this time."

"Agencies are encouraged to voluntarily report National Use-of-Force data directly to the FBI," the spokesperson said. The Iowa Department of Public Safety had a general fund budget of more than $100 million in 2019.

The Iowa State Patrol, though, does not participate by sending the data directly to the FBI. The spokesperson did not respond to a follow-up question asking why that is.

The Council Bluff Police Department is one 18 Iowa agencies that the FBI lists as participating. The CBPD started participating after 3 News Now inquired about it last year, after initially saying they had no plans to do so.

From September 2020: The FBI and Nebraska now track use of force, but participation is optional.

Some independent organizations are working to track data, such as the Washington Post and Mapping Police Violence .

"At the end of the day, it’s kind of embarrassing that journalists have best data on police use of force in this country and not the government," Nix said. "So, it would check that box in terms of giving us quote unquote official data."

The Grand Island Police Department was Nebraska's largest agency not participating when 3 News Now Investigators checked participation records earlier this month. The GIPD participated in February 2020 but hadn't since.

"This is not a report that the Grand Island Police Department is refusing to submit," Grand Island Chief of Police Robert Falldorf told 3 News Now. "I would assume that we started doing this reporting in February of 2020; however it never did get put on anyone’s calendar to continue to submit."

He said they'd catch up on the reporting. Indeed, Grand Island is now current.

"I absolutely think its something police agencies should want to participate in," said Jessie Huff, another UNO criminal justice professor. "There are a lot of benefits to understanding use of force within your agency as well as in your geographic region.

Nix said there seems to be some confusion on "zero-incident reports." Agencies, especially smaller ones, that don't often have any relevant incidents to report might not know they need to tell the FBI they had no incidents in order to be considered as participating in a given month.

"The reason I think we’re not at 100% is it is a voluntary effort," Huff said. "And we do expect a lot out of our police departments. They have a lot of information they already need to report."

Get the latest news and weather delivered straight to your inbox

In what could be a first-of-its-kind case in Florida, a former state correctional officer is asking an appeals court to overturn his dismissal for using medical marijuana. Samuel Velez Ortiz, who was a sergeant for the Florida Department of Corrections, was approved by a doctor
FLORIDA STATE・16 MINUTES AGO