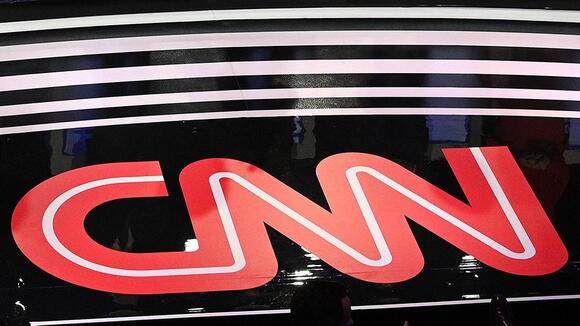 A former senior CNN producer is being investigated in Virginia over possible dealings with minors, NBC News reported, just several weeks after another former CNN producer was charged with allegedly trying to persuade minors to participate in unlawful sexual activity.

Fairfax County Police Department confirmed to NBC News that Rick Saleeby was being investigated by the Major Crimes Bureau's child exploitation unit. It declined to provide details on why the former CNN producer was the subject of a probe, or any information about possible victims.

A spokesperson for CNN told The Hill that Saleeby resigned earlier this month and is no longer employed by the cable news network.

Fairfax County police told NBC News in a statement that it “will eventually be transparent about our findings” but added that “safeguarding the personal privacy and safety of victims and witnesses as well as maintaining the integrity of our criminal investigation are of paramount importance.”

Earlier this month, a grand jury charged a different former CNN producer, John Griffin, with three counts of using a facility of interstate commerce to attempt to entice minors to engage in unlawful sexual activity, according to the U.S. Attorney’s Office for the District of Vermont.

Griffin allegedly sought to connect with people who purported to be mothers of underage daughters on the platforms Kik and Google Hangouts.

According to the indictment, he attempted to receive permission from those mothers to teach their daughters to be sexually submissive, allegedly transferring several thousand dollars to fly one mother and daughter to his ski home.

The Hill has reached out to Fairfax County police for comment.

Whether in gov't, news, corporations, Hollywood, Science, every grade level of education, psychology, & all the rest, the vast majority of pervs are on the Left. Sure you can find them anywhere but morals do hold most of us at bay if we're tempted. The Left has far too many immoral & amoral people. As in most things, the Left knows this true which is why communication media like Hollywood, news, books, & Others do their best to blame everyone but themselves. It's like when we were kids & someone farted but was the first to complain & blame anyone but themselves. The Left is full of farters crapping on everyone else.

Ahh yet another immoral fool from CNN, you had toomey the pee pee flasher, cuomo alerting his brother andrew of police investigations, lemon with his defending smolley who made up the fake race hate crime ( only now after his pal was found guilty and public opinion has turned against him has lemon denounced him), and you had maddow lying back in 2020 saying Prez Trump did not send the hospital ship to LA when he , in fact, did, on and on, as well as cnn is a damn race baiting, racial dividing crap news outlet

Rep. Donald McEachin, a Democrat representing Virginia’s 4th Congressional District since 2017, died Monday night after a battle with colorectal cancer, according to his office. He was 61. McEachin’s chief of staff, Tara Rountree, said in a statement the congressman had been experiencing “secondary effects of his colorectal cancer...
VIRGINIA STATE・20 HOURS AGO
The Hill

CHESAPEAKE, Va. (WAVY) — An employee who survived the mass shooting at a Walmart in Chesapeake, Virginia, last week has filed a $50 million lawsuit against the company. The lawsuit, filed by Donya Prioleau, claims she submitted a complaint about the gunman two months prior to the shooting that took the lives of six Walmart employees. Store supervisor Andre Bing, 31, fatally shot six employees and wounded several others before he died of an apparent self-inflicted gunshot, police said.
CHESAPEAKE, VA・4 HOURS AGO
The Hill

Rep. Michael McCaul (R-Texas) on Sunday said Republicans should “build a case” when asked if he supported potential efforts by House Republicans to impeach Department of Homeland Security (DHS) Secretary Alejandro Mayorkas over his handling of the U.S.-Mexico border. McCaul told ABC’s “This Week” co-anchor Martha Raddatz that Mayorkas has been “derelict in his responsibilities”…
2 DAYS AGO
The Hill

Stewart Rhodes, the leader of the far-right Oath Keepers group, was found guilty Tuesday of seditious conspiracy over his role in the Jan. 6, 2021, riot, a win for the Justice Department as it pursues the little-used charge for members of multiple extremist groups who contributed to the chaos at the Capitol. Florida chapter leader…
FLORIDA STATE・1 HOUR AGO
The Hill

The GOP is locked in a battle with Arizona’s Maricopa County over its handling of the midterm elections, with Republicans claiming voter disenfranchisement and demanding certification delays as election officials vow to move ahead. The campaigns of Republican gubernatorial nominee Kari Lake and Republican secretary of state nominee Mark...
MARICOPA COUNTY, AZ・1 DAY AGO
The Hill

Rep. Adam Schiff (D-Calif.), a member of the House Jan. 6 panel investigating the Capitol riot on Sunday pushed back on a Washington Post report suggesting tensions between committee staffers and Rep. Liz Cheney (R-Wyo.), the panel’s vice chair. The Post, citing interviews with 15 anonymous former and current committee staffers, reported on Wednesday that…
CALIFORNIA STATE・2 DAYS AGO
The Hill

Congress should nip the independent state legislature theory in the bud

The U.S. Supreme Court will hear a case with dangerous implications for American democracy on Dec. 7, the anniversary of a previous day of infamy. The case, Moore v. Harper, will give the GOP-appointed majority the opportunity to grant state legislatures the sole state authority to set rules for federal elections. In states where legislatures are controlled by one party, that party could gerrymander to its heart’s content without approval by the governor or oversight by the courts. The decision could also set the stage for a repeat of the scheme pursued by election deniers to snatch the presidency in 2020 with alternate or “fake” elector slates.
1 DAY AGO
The Hill

The House select committee investigating the Jan. 6, 2021, attack on the U.S. Capitol is expected to interview former Secret Service agent Tony Ornato on Tuesday. Lawmakers on the panel sought Ornato’s testimony to corroborate information about former President Trump’s actions on Jan. 6, including explosive testimony that he lunged at his security detail that day.
6 HOURS AGO
The Hill

More people were injured at the Club Q shooting in Colorado Springs, Colo., than were initially reported, police said Tuesday. The death toll from the shooting at the LGBTQ nightclub remains at five, but Colorado Springs authorities say 17 were injured from gunshot wounds and another five were wounded in other ways, for a total…
COLORADO SPRINGS, CO・7 HOURS AGO
The Hill

Supervisors in Arizona’s Maricopa County voted unanimously to certify their election canvass ahead of a state deadline on Monday, defying Republican objections. Arizona gubernatorial candidate Kari Lake (R) and others in the GOP have seized on printer malfunctions in Maricopa County, Arizona’s most populous jurisdiction that includes Phoenix, making it an epicenter for election challenges as they called on supervisors to vote against certification.
MARICOPA COUNTY, AZ・1 DAY AGO
The Hill

Colorado Gov. Jared Polis (D) on Sunday said he will “take a hard look” at why Colorado’s red flag law did not stop the shooting at Club Q earlier this month, adding that an expansion of the legislation may be examined. “We’re certainly going to take a...
COLORADO STATE・2 DAYS AGO
The Hill

The State Department denounced efforts by El Salvador to influence “certain election outcomes” in the U.S., after a California congresswoman accused the president of El Salvador and other Salvadoran officials of interfering in her race. “Throughout our last electoral process, we noted with alarm increasingly direct attempts by...
CALIFORNIA STATE・1 HOUR AGO
The Hill

Senate Minority Leader Mitch McConnell (R-Ky.) on Tuesday condemned former President Trump’s dinner with Nick Fuentes, an outspoken white supremacist and antisemitic organizer. McConnell usually avoids conflict with the former president, whom he last spoke to in December 2020, but on Tuesday he let loose with pointed criticism of...
ARIZONA STATE・4 HOURS AGO
The Hill

Two Democratic lawmakers said the Supreme Court “did not substantively answer” their questions about an alleged 2014 leak of a ruling in its response to a letter they sent earlier this month.  Sen. Sheldon Whithouse (R.I.) and Rep. Hank Johnson (Ga.) said in a statement on Tuesday that the court repeated the denials from Supreme…
6 HOURS AGO
The Hill

Sen. Rick Scott (R-Fla.) in a new op-ed accuses “establishment” Republican leaders of not having a vision for the party and “routinely caving in” to Democrats. “The old Washington establishment Republican path of never having a vision is over, it’s dying. A new wave of bold and aggressive Republicans who will stand up and fight…
FLORIDA STATE・8 HOURS AGO
The Hill

WASHINGTON — The U.S. Senate approved legislation Tuesday that would enshrine protections for same-sex and interracial marriages, codifying many of the rights that would disappear if the U.S. Supreme Court were to overturn those landmark decisions the way it overturned the nationwide right to an abortion this summer. The 61-36 bipartisan vote sends the bill back to the U.S. […] The post Same-sex marriage protected under bill passed by U.S. Senate with GOP support appeared first on Colorado Newsline.
WISCONSIN STATE・20 MINUTES AGO
South Dakota Searchlight

WASHINGTON — The Biden administration wants Congress to approve more than $37 billion to help communities throughout the country recover from various natural disasters, including Hurricanes Ian, which battered Florida and the Southeast U.S. in late September, and Fiona, which hit Puerto Rico.  The supplemental funding request comes on top of a $9 billion COVID-19 […] The post More than $37 billion in disaster aid under scrutiny in congressional lame duck appeared first on South Dakota Searchlight.
ALABAMA STATE・9 MINUTES AGO
The Hill

🎭 Looks like we’ll be stuck with the Phantom for just a bit longer. A boost in ticket sales has pushed back the end of “The Phantom of the Opera” on Broadway by two months. Today in health, Twitter will no longer be enforcing its COVID-19...
COLORADO STATE・32 MINUTES AGO