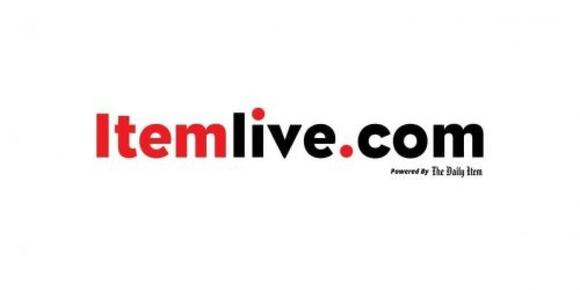 It’s time for a reader to “call out” Thor Jourgensen on his commentary in The Daily Item (Dec. 21), on President Joe Biden and U.S. Sen. Joe Manchin.

He loses his argument in the first paragraphs of his commentary by calling Manchin cyrogenically frozen and “the mean kid everyone knew growing up” who tortured ants, as well as a “tinhorn despot” with his “abuse of power” — all because of Manchin’s stand against voting for the Build Back Better bill Biden and the Democrats are trying to pass. When you don’t like the message, kill the messenger.

It cannot come as a surprise that Manchin would not vote for what Jourgensen and the Democrats continue to call a $2-trillion proposal. Manchin has been signaling his concerns for weeks because he knows the bill ultimately will cost double that amount or more.

His position runs contrary to the Democrats’ insistence that most of the bill “won’t cost anything; it’s already paid for.”

As for Mr. Jourgensen wanting Biden to “put Manchin in his place” and act more like Franklin Delano Roosevelt or actor Michael Douglas in “The American President,” he’s on the right track.

He may want another FDR in the White House, but what he’s got is a sadly-diminished man who reads his script as directed and hopes for rave reviews.

Jourgensen wants Biden to “jump into campaign mode and travel around West Virginia by bus, dropping into coal mines and living rooms” and tell people why we need to spend billions of dollars now.

Really? Remember — Biden’s campaign was mostly spent in his basement. He can’t speak extemporaneously or he goes off message. He relies on index cards and written speeches.

Biden simply isn’t up to the task of selling such a bad bill — one that will cost considerably more than $2 trillion. This is not FDR’s New Deal, and it is not “spending on basic needs.” It is a bad-government-cradle-to-grave move toward socialism.

Jourgensen repeatedly calls this bill a “spending plan.” He writes that, in Manchin’s opinion, “voting for the spending package would be a disservice to his (Manchin’s) hardworking West Virginia constituents.”

I would say Manchin is voting his conscience. That is a rarity today. In the 11 months of Biden’s administration, people are seeing prices rise at the gas pump, in the grocery store, and with their heating bill.

It is quite ironic for Jourgensen to tout climate change and childcare in the same sentence. The Democrats want to shut down the West Virginia coal mines, which are a big part of the state’s economy. But the Democrats will provide daycare for idled miners who will be home with their kids because they will be out of work.

Build Back Better will cost more than $2 trillion. Manchin isn’t the only senator opposed to never-ending government programs. But he is the only Democrat, so he earns the vilification.

Mr. Jourgensen wants Biden to act more presidential and take this massive spending bill to the American people. It was John F. Kennedy who said, “Ask not what your country can do for you; ask what you can do for your country.”

Big government is not the answer.

Lara Trump will no longer be a paid contributor for Fox News after her father-in-law, Donald Trump, announced his 2024 presidential bid.
1 DAY AGO
The Independent

Former president Donald Trump claimed on Monday that he never advocated for an end to America’s constitution despite having called for its “termination” just days ago.On Saturday, the twice-impeached ex-president took to his Truth Social platform to argue that social media platforms’ work with 2020 presidential campaigns (including his own) amounted to “MASSIVE & WIDESPREAD FRAUD & DECEPTION in working closely with Big Tech Companies, the DNC, & the Democrat Party.” He also asked if the US should somehow discard the results of the election he lost or call a new election even though neither course is allowed under US...
44 MINUTES AGO
Toby Hazlewood

Marjorie Taylor-GreenePhoto byGage Skidmore, United States of America, CC BY-SA 2.0 via Wikimedia Commons. On December 2, the House of Representatives passed a series of bills intended to provide help for pregnant veterans and those who have just given birth. The bill - HR 2521 - received bipartisan support in the House, and will now pass to the Senate for voting having exceeded the required two-thirds majority.
2 DAYS AGO
The Independent

Republican senators turn on Trump over his attack on the Constitution: ‘He goes from MAGA to RINO’

Republican Senators sought to distance themselves from former president Donald Trump’s remarks calling for laws to be terminated so that he could be reinstated as president. Over the weekend, Mr Trump made the remarks in response to a Fox News report that the FBI met with Twitter and other social media platforms ahead of the 2020 presidential election as a means to combat disinformation. “A Massive Fraud of this type and magnitude allows for the termination of all rules, regulations, and articles, even those found in the Constitution. Our great ‘Founders’ did not want, and would not condone, False...
33 MINUTES AGO