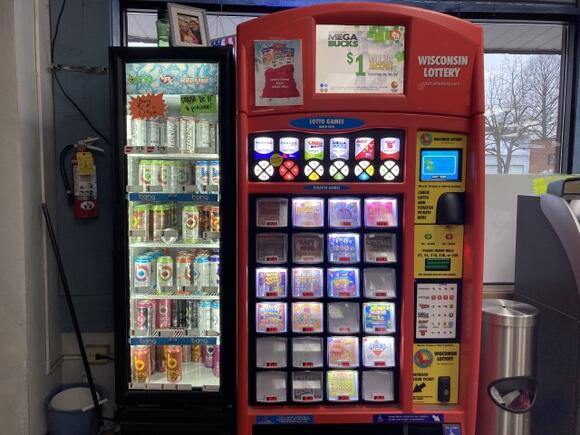 “We've just had winner after winner," said Pat "Ma" Moses. "And it just seems like the more we won, people would like to come in and buy their tickets because we're kind of like the lucky store.”

Ahead of Saturday's big New Year's Day Powerball Jackpot drawing of the $500 million dollar prize , Philly's on 4th is hoping to keep the winning streak alive. However, Philly’s wasn’t always located on 4th street in Fond Du Lac; when it used to be called Ma & Pa’s, it was on South Main Street, on the stretch between 7th and 21st streets that’s commonly referred to as “miracle mile," due to multiple million dollar-winning tickets being sold across various stores in the area between 1990 and 1994.

“Years ago, we when we were on main street, we'd have lines around the corner," Moses recalled. "I mean, cold weather, warm weather, whatever it was, they would just come out in droves. We just hope that the the luck is following us.”

Mathematically speaking, of course, your odds are the same whether you buy your ticket in Ashland or in Appleton, said Kailey Bender, spokesperson for the Wisconsin Lottery.

“We all know Wisconsin's a really lucky state, but we are particularly lucky when it comes to Powerball," she said. "We are actually tied as the fourth-most winning state for Powerball Jackpots. We've had 18 Powerball Jackpot wins since 1992 when the game debuted. So to win this $483 million jackpot on the first day of 2022, it can happen in Wisconsin, it can happen anywhere, but you know we want to tap into that. Here we like to say we're called “Win-sconsin.”

"Ma" has one guess as to where the store's luck comes from.

“I don't know, I don't mean to brag or anything, but I think we're just good people good hard working people," she said modestly. "We're a small business in Fond Du Lac and have a lot of great customers that stand by us. And I think that has something to do with it.”

The Powerball Jackpot is currently at $500 million. You can purchase a lottery ticket to have a shot at the big prize until 9 p.m. on Saturday January 1st.