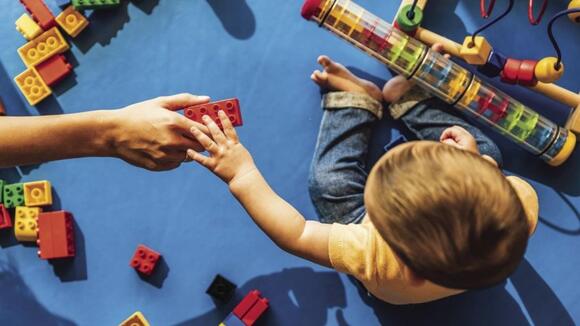 BROCKPORT, N.Y. (WROC) — A Daycare and After School Program in Brockport that recently was under investigation by the state is about to permanently close its doors for good in January.

The TLFC Child Care and Learning Center has been operating in Brockport for more than six years. But said in letter to parents due to “financial burdens” brought on by the pandemic they can no longer afford to stay open.

The director also fired back at complaints from former employees and parents that prompted the state to investigate their facility.

With more parents working from home or losing too much income to afford Day Care Services, TLFC saw major drops in enrollment, leaving them with less admission fees to afford properly stocking their Daycare’s inventory and keep up with the rise in minimum wage.

For teachers the decision to close was heartbreaking.  “The main thing I’m going to miss is the crafts,” Stephanie Stevens, who instructs toddlers, told us. “I’m very artistic in crafts with them. The kids families are like our own family so we’re going to miss them.”

“Some of our families have been here 3-5 years,” Director Leah Curran added. “I mean the one family sat here and cried. This is their second home so what are they going to do.”

In October, investigations by the Office of Childcare and Family Services were added to the mix after a former employee accused the daycare of allowing a child to get a hold of a toy being disinfected with bleach. Then not notifying the parents when poison control was called. Director Leah Curran argued it was a misunderstanding and all proper measures were taken.

“I said get the facts then call me right back. Don’t say anything yet, get it all together then call me back,” Curran said. “It was misinterpreted in that private group chat that I simply said no. The child was cleaned up and he had not ingested anything. It was simply squished on his pants in the infant room. The part that fell on us was in addition to notifying the parents and writing the report we were supposed to call OCFS. Poison Control was called to make sure they cleaned the child properly.”

The second part of the investigation was how a bag of marijuana gummy edibles were found unattended in one of their main classrooms. Curran explained they were left by an employee after all students had left the classroom.

She also tells us employees involved in both of these incidents faced proper discipline.

“This was on the way out the door, it was an accident,” Curran argued. “Was it an acceptable accident, by no means. The room was completely empty, I took her into my office, wrote her up and disciplined her. Suspended her for a few days with no pay and wrote it up.”

This violation from the Office of Child Care and Family Services is listed in their report as being corrected by the TLFC Staff. As for allegations of child abuse to any student, Curran strongly denied that and welcomed any accusers to meet her in person to understand what caused this.

“OCFS has cleared all of my staff, we are all back to our normal jobs,” Curran stated. “Not one of my staff was ever removed from their position or rotated classrooms and that’s a standard practice.”

Despite their closure announcement, Child Protective Services are wrapping up their own investigations into all the allegations mentioned in this report. TLFC expects to have the results get to them by next week.

Some staff members with the daycare are still looking for new jobs once the daycare officially closes January 14. We’re told parents have reached out to other day cares, but most have been placed on a waiting list until there’s room.

Dogs at the SAFE Court were implemented by the district to provide comfort to those going through the court.
ROCHESTER, NY・9 HOURS AGO
News 8 WROC

The new house — located on Saxton Street — was the result of dedicated time, funding, and materials donated by the Builders Exchange of Rochester.
ROCHESTER, NY・5 HOURS AGO
News 8 WROC

VIDEO: Rochester residents in prayer as shots ring out

Editor’s Note: Some viewers may find the above content disturbing. Viewer discretion is advised. ROCHESTER, N.Y. (WROC) — Monday night, three young people were shot during a “celebration of life” in Upper Falls, for a teen who lost his life to gun violence this past summer. During the vigil, shots rang out, and three young […]
ROCHESTER, NY・1 HOUR AGO
News 8 WROC

Gene said apparently, volunteering and service to the community just runs in the blood.
WEBSTER, NY・1 DAY AGO
News 8 WROC

Murphy said the reaction from recipients can be overwhelming.
ROCHESTER, NY・1 DAY AGO
News 8 WROC

Stay up to date on the latest headlines in today’s Sunrise Smart Start on Monday, December 5, 2022.
ROCHESTER, NY・1 DAY AGO
News 8 WROC

Stay up to date on the latest headlines in today’s Sunrise Smart Start on Tuesday, December 6, 2022.
ROCHESTER, NY・11 HOURS AGO
News 8 WROC

They say no harm will come to the birds in this process.
ROCHESTER, NY・2 HOURS AGO
News 8 WROC

These improvements include the instillation of new electric conduit, piping, and plumbing at the front of the Zoo to support their Conservation Education Center, Welcome Plaza, and Tropics Complex.
IRONDEQUOIT, NY・5 HOURS AGO
News 8 WROC

The investigation is showing that DeLand may currently be traveling, but law enforcement has been unable to contact him.
ROCHESTER, NY・7 HOURS AGO
News 8 WROC

Greg Horton, Director of Audiology at Rochester Hearing and Speech Center, said the checks are vital to maintaining hearing as we age.
MONROE COUNTY, NY・2 DAYS AGO
News 8 WROC

Local org One Soldier At A Time gives gifts to military moms, spouses

ROCHESTER, N.Y. (WROC) — The local group One Soldier At A Time is known for their care packages for soldiers and their families. To celebrate the holidays, the organization is holding a ’12 days of Christmas’ celebration. They will be wrapping sets of 12 gifts to give to local military moms and wives. The packages […]
ROCHESTER, NY・1 DAY AGO
News 8 WROC

The investigation is ongoing.
ROCHESTER, NY・2 HOURS AGO
News 8 WROC

Congregants said that the new facility will be open sometime in May or June of 2023.
ROCHESTER, NY・1 DAY AGO
News 8 WROC

‘This is a new era’: Governor Hochul announces projects to revitalize Downtown Rochester

The conference will take place at the Joseph A. Floreano Rochester Riverside Convention Center at 9:45 a.m.
ROCHESTER, NY・1 DAY AGO
News 8 WROC

Down Monroe Avenue from Twelve Corners, about 5% of Whole Foods Plaza is currently operational.
BRIGHTON, NY・2 DAYS AGO
News 8 WROC

‘A story that celebrates intentional compassion and generosity’: RBTL welcomes latest production ‘Come From Away’

“There's so much heart and humor in the story and gives us an additional lens through which to see the events that took place during that era in history.”
ROCHESTER, NY・1 DAY AGO