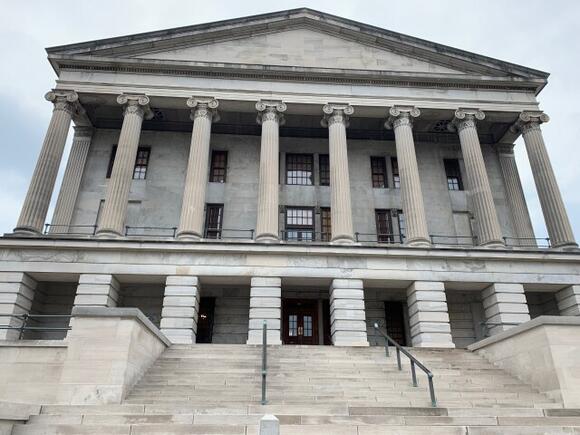 There was the regular legislative session that started in January of 2021 and then also three extraordinary sessions in the following months.

They covered education, COVID-19 restrictions and the approval of the Ford Megasite.

Many of those laws are already in effect.

NewsChannel5 Political Analyst Pat Nolan said the laws that start the beginning of the new year will have some important impacts on the state.

"There's now going to be a watermark on all absentee ballots that are sent out. That's a new change," said Nolan. "That is also something people can raise questions as elections are coming up."

While 2021 was a slow year for elections in Tennessee there are some big races in 2022.

There's also, a law dealing with disciplining students to the point of having them removed from a classroom.

"I think the teachers feel better about this because there's a six step process to decide when you can remove a student from the classroom and there does appear to be efforts for parents to be contacted and other people to be involved," said Nolan.

Then, there's a law to let collegiate athletes profit off of their image taking affect.

"I think there's at least half the states that have laws to allow this to happen," Nolan said. "In Tennessee, it has to be just for the benefit of the athlete. It can't have anything to do with the college or university involved, it can't be involved with boosters."

Nolan thinks it could impact how some schools recruit.

There's also a law that adds chiropractic services to Tenncare.

Here's a list of every bill starting on Jan. 1st:

HB0016 - As enacted, enacts the "Teacher's Discipline Act," which establishes requirements and procedures for teachers to discipline students in the teachers' classrooms, including relocation of a student.

HB0100 - As enacted, requires that petitions for appointment of a conservator include results of searches of the proposed conservator in the department of health's registry of persons who have abused, neglected, or misappropriated the property of vulnerable persons and the national sex offender registry.

HB0386 - As enacted, transfers administration of construction service provider registration from the secretary of state to the bureau of workers' compensation.

HB0419 - As enacted, adds chiropractic services performed by a person authorized to engage in the practice of chiropractic to the list of healthcare services that may be included as covered TennCare medical assistance.

HB0752 - As enacted, clarifies that the dual enrollment program will award the in-state tuition and mandatory fees cost up to a maximum amount for the first four courses taken and makes other related changes.

HB0870 - As enacted, revises provisions governing restitution to victim; extends, from one year to two years, the time within which a victim of a crime may file a claim with the criminal injuries compensation fund.

HB1186 - As enacted, makes various changes to laws regarding trusts.

HB1351 - As enacted, authorizes an intercollegiate athlete at a four-year public or private institution of higher education located in this state, other than an institution of higher education governed by the board of regents of the state university and community college system, to earn compensation for the use of the athlete's name, image, or likeness under certain conditions.

SB0110 - As enacted, enacts the "2021 Precious Cargo Act," which establishes procedures for certain citizens with intellectual or developmental disability or medical condition to communicate specific needs to law enforcement and first responders.

SB0364 - As enacted, alters the boundary between Davidson and Wilson counties in such manner as to detach certain parcels of real property currently located in Davidson County and to attach such parcels to Wilson County.

SB0588 - As enacted, transfers all powers and duties regarding the Tennessee Sports Gaming Act to the sports wagering advisory council.

SB1315 - As enacted, enacts the "Tennessee Election Integrity Act," which requires that absentee ballots, other than ballots authorized by state or federal law to be delivered electronically to qualified voters who are entitled to vote by absentee ballot, include a watermark approved by the coordinator of elections; requires a counting board official to verify that the absentee ballots contain the watermark and reject any ballot that does not bear the watermark.