System failure: 2-year-old dies after being returned to mother 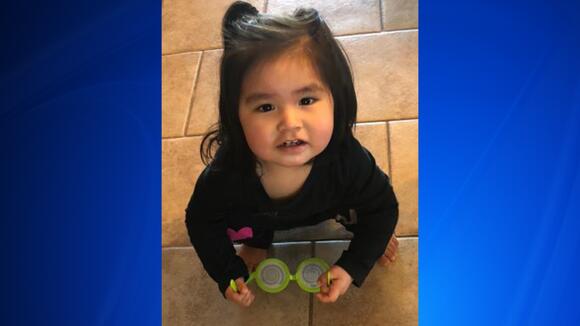 SIOUX FALLS, S.D. (KELO) — Next week a Castlewood mother will be sentenced for the death of her toddler. Two-year-old Jorgie was pronounced dead at the hospital after being assaulted. Josephine Raymund pleaded guilty only to felony child abuse charges. Tonight, Jorgie’s foster parents are speaking out, saying this horrible tragedy didn’t have to happen at all.

Jorgie was a charming and vivacious little girl.

Jon and Paula Fogarty are struggling after losing their foster child in such a horrific manner. The case against her mother, Josephine Raymundo, has received very little attention and more serious manslaughter charges against Raymundo have been dropped. The Fogarty’s have fostered many children, but they say there were red flags in this situation that were ignored.

“My fears were confirmed. We expose ourselves and open up our hearts and we have numerous times taken foster children in and as far as we know, everything has been a huge success, except for this situation.”

The Fogarty’s don’t want Jorgie to be forgotten.

Jon Fogarty: I want people to know that a sweet little girl’s life was taken. This particular little girl was sweeter than most kids. She was the most outgoing thing. And I can only imagine how sweet she is in heaven now. And as a matter of fact, the day we lost her, what was your response? What did you put on Facebook?
Paula Fogarty: That heaven gained an angel today. Heaven gained an angel today and that’s really how we feel.
Jon Fogarty: Anything we can do to celebrate her life. She was just a wonderful warm being.

Coming up tonight at 10 p.m., we look into Josephine Raymundo’s background and find out who else is charged in Jorgie’s death.

Plus, we see how the Fogarty’s warned authorities that something wasn’t right before Jorgie died.
Don’t miss our KELOLAND News investigation “A Little Girl Lost,” Thursday night at 10 p.m.

CPS in Sioux falls, South Dakota utterly failed my family as well ... to the point where they didn't even MEET or VISIT the abusers home and still were allowed to close BOTH cases opened against the abuser.. South Dakota cps has no idea the pain and suffering they have caused children because of their actions. Obviously South Dakota's legal system failed by allowing the mother to get off the hook many times as well..R.I.P little Angel, I hope this is a wake up call to take their cases more seriously at least.. but I highly doubt it, unfortunately.

CPS IN SIOUX FALLS is abysmal ! They don't care about the children. all they care about is closing cases and getting the file off their desk! They are a disgrace and don't care about what is best for the children! They told me directly to my face that their goal is to reuniting the family period. Not what is best for the children just giving the children them back! They should be held responsible for what happened to this little girl! THEY MADE THE CHOICE to put that little girl back in that environment! This joke of a system needs to be completely dismantled and over hauled and those responsible held to the strictest laws allowed!!!

Not only is the mother to be prosecuted but also the case manager & the supervisor be held accountable for this horrific tragedy. They ignored the concerns made by the foster parents.

We have an update on a story we first brought you back in October. That's when an SDSU cheerleader had part of her right leg amputated due to a rare condition. Since then, people have rallied around her to raise money and get her back on the sidelines cheering.
SIOUX FALLS, SD・8 DAYS AGO
KELOLAND

This past weekend the South Dakota State Jackrabbits found out they will be the number one seed heading into the FCS post season.
BROOKINGS, SD・4 DAYS AGO
KELOLAND

OMAHA, NE (SDSU) — South Dakota State volleyball wrapped up the 2022 season with a tightly contested five-set loss to No. 4 Denver Thursday evening in the quarterfinal round of the Summit League postseason tournament. Only five total points separated the teams at the end of the night as set scores went 32-30, 22-25, 26-24, […]
DENVER, CO・1 DAY AGO
KELOLAND

Get the latest on South Dakota sports stories on this week's SportsZone Saturday.
SIOUX FALLS, SD・3 HOURS AGO
KELOLAND

North Dakota State outside hitter Syra Tanchin hit .375 with a match-high 22 kills and the Bison backed up their home win against South Dakota with a 3-1 road victory over the Coyotes Thursday inside the Sanford Coyote Sports Center. Scores were 25-23, 25-17, 13-25 and 25-23.
VERMILLION, SD・8 DAYS AGO
KELOLAND

VERMILLION, S.D. (USD) — No. 21 Creighton got 21 points and 10 rebounds from Morgan Maly and 16 points and four assists from Molly Mogensen in a 74-51 win against South Dakota Thursday inside the Sanford Coyote Sports Center. Creighton moved to 2-0 with the win, topping both South Dakota State and South Dakota on the […]
VERMILLION, SD・15 DAYS AGO
KELOLAND

A look behind the scenes of the SDSU football program

A look behind the scenes of the South Dakota State SDSU football program with graduate assistant Chuck Case and SDSU Director of Operations Jon Shaeffer
BROOKINGS, SD・9 DAYS AGO
KELOLAND

FARGO, N.D. (SDSU) – Bowen McConville reached the finals of the heavyweight division and 12 other South Dakota State wrestlers earned top-six placings Saturday at the season-opening Bison Open. A senior from Renton, Washington, McConville went 2-1 on the day, starting with a 22-4 technical fall over Owen McGillivray from the University of Saskatchewan. Both […]
BROOKINGS, SD・6 DAYS AGO
KELOLAND

Jackrabbits fall at No. 9 Arkansas

The No. 9/10 ranked Arkansas Razorbacks flexed their muscles late in the first half and found their rhythm to open the second half en route to a 71-56 victory over South Dakota State in Bud Walton Arena on Wednesday.
FAYETTEVILLE, AR・9 DAYS AGO
KELOLAND

The South Dakota State volleyball squad grabbed a three-set victory over North Dakota in Frost Arena on Thursday during their penultimate home match of the season.
BROOKINGS, SD・8 DAYS AGO
KELOLAND

SAVANNAH, G.A. (SDSU) – The South Dakota State men’s basketball team broke away from Valparaiso in the second half as the Jackrabbits earned a 61-50 victory on Friday, Nov. 25, in the opening game of the Hostillo Community Classic at Enmarket Arena. The Jackrabbits and Beacons were tied at 23 at halftime with Valpo holding […]
BROOKINGS, SD・20 HOURS AGO
KELOLAND

BROOKINGS, S.D. (SDSU) — South Dakota State plays its first game of the season in the 605 state on Tuesday as the Jackrabbits make the quick trip down Interstate 29 to Sioux Falls. The Jacks square off against the St. Bonaventure Bonnies for the first time ever as the two tip off their matchup at […]
BROOKINGS, SD・12 DAYS AGO
KELOLAND

BROOKINGS, S.D. (SDSU) – Top-ranked South Dakota State displayed a swarming defense throughout the day and the offense found its stride in the second quarter for a Jackrabbit squad that completed a perfect season in Missouri Valley Football Conference play with a 31-7 victory over Illinois State Saturday afternoon at Dana J. Dykhouse Stadium. With […]
BROOKINGS, SD・13 DAYS AGO
KELOLAND

BROOKINGS, S.D. (SDSU) – Nigel Hawkins scored a game-high 25 points for Stephen F. Austin and helped lead the Lumberjacks to a 93-82 victory over South Dakota State on Saturday, Nov. 19, in a non-conference men’s basketball tilt in Frost Arena. The Lumberjacks and Jackrabbits were in a tightly contested matchup for a majority of […]
BROOKINGS, SD・5 DAYS AGO
KELOLAND

BROOKINGS, S.D. (SDSU) – For the second time in three seasons, the South Dakota State has earned the top seed in the Football Championship Subdivision playoff field. The Jackrabbits were awarded the No. 1 seed after compiling a 10-1 record, including an 8-0 mark in Missouri Valley Football Conference play. SDSU will receive a first-round […]
BROOKINGS, SD・5 DAYS AGO
KELOLAND