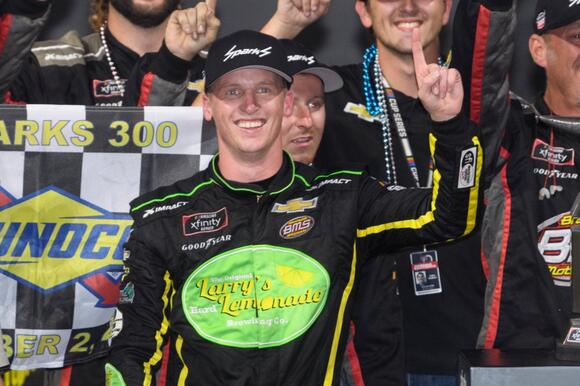 ‘If your dog died, you need to bring him in and prove it to us’: Olive Garden parts ways with manager over time off rules

JOHNSON COUNTY, Kan. (WFLA) – A Kansas restaurant is parting ways with its manager after imposing strict rules to employees about taking time off. In a message obtained by KCTV5, it showed an Olive Garden manager telling employees that if they needed to take time off, “[they] might as well go and look for another […]
KANSAS STATE・1 DAY AGO
WFLA

A 911 call was released after a Florida homeowners association president and her husband were fatally shot by a neighbor over HOA issues, deputies said.
MARTIN COUNTY, FL・2 DAYS AGO
WFLA

TAMPA, Fla. (WFLA) — A young football coach was shot multiple times as he shielded passengers from a barrage of gunfire in a drive-by shooting that left one of his players dead in Jacksonville, his lawyer said. WJXT reports the 21-year-old was taking four players home from tryouts when someone pulled up next to his […]
JACKSONVILLE, FL・1 DAY AGO
WFLA

‘I think he is a serial killer’: Florida man arrested for rape and murder of nurse nearly 43 years ago

"Half of the bed was soaked with blood," Evelyn's husband, John Bamforth recalled in an interview from is home in England. "She was raped and she was also bludgeoned to death."
MIRAMAR, FL・2 DAYS AGO
WFLA

An 18-year-old from North Carolina is in the market for a new truck after winning $1 million off a scratch-off while headed to his second job, the North Carolina Lottery announced.
DALLAS, NC・12 HOURS AGO
WFLA

A Florida man was arrested Monday after deputies said he stole $1,375 in toothbrushes from a Walgreens.
MARATHON, FL・2 DAYS AGO
WFLA

SAINT PETERSBURG, Fla. (WFLA) — A St. Pete man was arrested Monday after attacking a child on a public bus while calling them a racial slur, according to the Pinellas County Sheriff's Office.
SAINT PETERSBURG, FL・2 DAYS AGO
WFLA

Hundreds of mysterious rabbit signs pop up around Florida city

Hundreds of metal cut-out rabbit signs are taking over downtown Fort Myers and no one knows how they got there.
FORT MYERS, FL・2 DAYS AGO
WFLA

Three Florida men were arrested on several charges after allegedly kidnapping and beating a man bloody to get a ransom, according to court documents.
ORLANDO, FL・2 DAYS AGO
WFLA

The Venice Police Department identified the victims in a plane crash in the Gulf of Mexico as a family from St. Petersburg Tuesday morning.
VENICE, FL・2 DAYS AGO
WFLA

Officials in one South Florida city said an iguana was to blame for a "large scale" power outage.
LAKE WORTH, FL・1 DAY AGO
WFLA

Ramos declined to give a statement at her sentencing hearing.
CHICAGO, IL・1 DAY AGO
WFLA

An off-duty Chicago police officer vacationing in Florida was arrested Monday after he was caught peeing into an ice machine while at a bar in St. Petersburg, according to the Pinellas County Sheriff's Office.
SAINT PETERSBURG, FL・1 DAY AGO
WFLA

Man dies in apparent suicide on I-75 in Sarasota, troopers say

A deadly crash shut down part of Interstate 75 in Sarasota on Tuesday afternoon.
SARASOTA, FL・2 DAYS AGO
WFLA

‘Wish I could take it back’: Florida man accused of killing couple over ‘HOA issues’ apologizes

A man accused of fatally shooting a Florida homeowners association president and her husband over HOA issues apologized after the incident, according to an arrest affidavit.
FLORIDA STATE・1 DAY AGO
WFLA

An off-duty Chicago police officer vacationing in Florida was arrested Monday after he was caught peeing into an ice machine while at a bar in St. Petersburg, according to the Pinellas County Sheriff's Office.
SAINT PETERSBURG, FL・1 DAY AGO
WFLA

Celine Dion diagnosed with stiff-person syndrome: What is it?

Celine Dion revealed to her fans Thursday she has been diagnosed with stiff-person syndrome, a rare neurological disorder that affects about 1 or 2 people per million, according to Johns Hopkins Medicine.
20 HOURS AGO
WFLA

It could be more than a year before the National Transportation Safety Board reveals why a small plane carrying a family from St. Petersburg crashed into the Gulf of Mexico off the coast of Venice.
VENICE, FL・2 DAYS AGO
WFLA