Man accused of stabbing wife to death, shooting himself at Florissant home 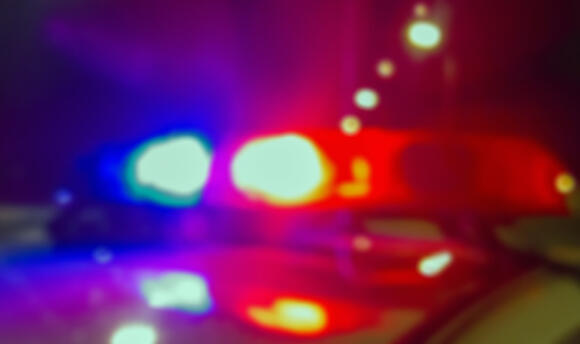 FLORISSANT, Mo. — A Florissant man was arrested after police said he fatally stabbed his wife and then shot himself Wednesday.

Michael P. Oshia, 50, was charged Thursday with first-degree murder, armed criminal action, and unlawful possession of a firearm. His bond was set at $1 million, cash only.

Police said Oshia and his wife were going through a divorce. He allegedly killed her at their Florissant home before shooting himself with a shotgun. He survived, but the extent of his injuries is unknown.

A hearing in the couple’s divorce proceeding was scheduled for Jan. 3.

Oshia is also on probation in Callaway County for possession of child pornography to which he pleaded guilty in 2018, according to the Florissant Police Department. Due to the felony conviction, he was not supposed to be in possession of a firearm.

Cooperation between police in St. Louis City and County continues to overturn clues in the area’s rash of smash-and-grab crimes.
SAINT LOUIS, MO・15 HOURS AGO
FOX 2

A man will spend 25 years in prison over a 2020 retaliatory drug murder in the Dogtown area of St. Louis City.
SAINT LOUIS, MO・1 DAY AGO
FOX 2

A suburban St. Louis police officer who shot into a fleeing car, seriously injuring the driver, has been sentenced to three years of probation and ordered to give up his police officer's license.
SAINT LOUIS, MO・1 DAY AGO
FOX 2

Investigators with the St. Louis Metropolitan Police Department say they have a person in custody who may be responsible for a third of the 69 burglaries reported in the city in just the past month.
SAINT LOUIS, MO・1 DAY AGO
FOX2Now

Man shot, killed in encounter with officers in Litchfield, Ill.

LITCHFIELD, Ill. – An investigation is underway after a man died in a shooting that followed a confrontation with officers on Thanksgiving Day in Litchfield, Illinois. The Illinois State Police Division of Internal Investigation and Montgomery County State’s Attorney’s Office are investigating the shooting. The man fatally shot has been identified as 41-year-old Shane Boston.
LITCHFIELD, IL・4 HOURS AGO
FOX 2

On Tuesday, a man from Jennings went to federal court and said he didn't shoot at three federal task force officers during a standoff in 2021.
JENNINGS, MO・2 DAYS AGO
FOX 2

An investigation is underway after a man died in a Belleville crash Wednesday evening.
BELLEVILLE, IL・1 DAY AGO
FOX 2

Police shared that a speeding driver in a stolen SUV hit and killed two sisters, and the family wants to see that driver face criminal charges.
SAINT LOUIS, MO・2 DAYS AGO
FOX 2

A Pine Lawn man already in federal prison for a fatal carjacking was sentenced Monday for a murder in a north St. Louis neighborhood.
SAINT LOUIS, MO・3 DAYS AGO
FOX 2

Police on the lookout for missing St. Louis man

Thursday morning’s deadly shooting on Interstate 55 appears to be another sign of the mental health crisis facing St. Louis and the rest of the nation. But there are also signs that efforts to do something about it in St. Louis are working.
SAINT LOUIS, MO・15 HOURS AGO
FOX2Now

ST. LOUIS – An armed man robbed a KFC restaurant Thursday evening in south St. Louis. The robbery happened around 5:30 p.m. Thursday in the 3500 block of South Grand Boulevard. Investigators say a man entered the restaurant with a blue surgical-style mask and approached the counter. He flashed...
SAINT LOUIS, MO・2 HOURS AGO
FOX 2

A Sappington man is accused of taking his children, whom he did not have custody of, and fleeing across the Midwest.
SAPPINGTON, MO・1 DAY AGO
FOX 2

Man dies in St. Louis shooting on I-55, traffic reopens after long jam

A possible murder is being looked into by the bomb and arson investigation squad.
SAINT LOUIS, MO・8 HOURS AGO
FOX2Now

Burglary at a Bar on Central West End

Overnight, there was another burglary. The Rosie's Place pub on Laclede Avenue near Euclid in the Central West End was broken into.
SAINT LOUIS, MO・8 HOURS AGO
FOX 2

A St. Louis family demands an explanation after their 6-year-old son was left sleeping in the after-school van.
SAINT LOUIS, MO・19 HOURS AGO