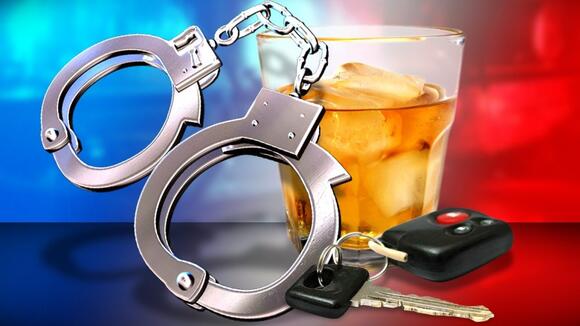 ( ABC4 ) – The Utah County Sherriff’s office has reported a substantial increase in DUI arrests in Utah over the last year.

The UCSO plans to be out in full force for the new year. In fact, from Dec. 15 to Jan. 1, over 145 extra DUI shifts are being worked by 22 different Utah law enforcement agencies statewide.

Utah Highway Patrol will also be hosting a DUI blitz on New Year’s Eve, having teamed up with the Western States Traffic Safety Coalition and 11 western states to target impaired drivers.

Here are some signs of drunk driving to watch out for:

Utah’s legal limit for Blood Alcohol Concentration (BAC) is .05%, .03% less than most states.

Lastly, you can be convicted of a DUI at any BAC if there is evidence of driving impairment, so be safe, and plan ahead if you’re going to drink.

A Kanab man has been charged with murder after reportedly shooting and killing a 29-year-old woman during a fight in Salt Lake City on Nov. 20.
SALT LAKE CITY, UT・12 HOURS AGO
ABC4

Plan to throw a rock? What about a snowball? Be careful because it might just be illegal. Utah’s got some weird laws that may leave you scratching your head.
PROVO, UT・1 DAY AGO
ABC4

A UTA bus driver was pushed to the ground by a bicyclist, breaking his hip, while on his route on Friday.
SALT LAKE CITY, UT・1 DAY AGO
ABC4

Police identify woman found dead on the road in Provo

The Provo Police Department has identified the woman who was found dead in the middle of the roadway at 800 North 850 West on Thursday, Dec. 1.
PROVO, UT・1 DAY AGO
ABC4

An elderly man has died as a result of a car crash in West Jordan on Thursday, Dec. 1.
WEST JORDAN, UT・2 DAYS AGO
ABC4

Here’s a running list of Christmas-themed activities and events in Utah that families can enjoy together during this holiday season.
UTAH STATE・1 DAY AGO
ABC4

Where to eat on Christmas, Christmas Eve in Salt Lake City

The holidays grow near, and for those of you that don't want to cook at home, restaurants will be serving special holiday meals for the family to enjoy.
SALT LAKE CITY, UT・1 DAY AGO
ABC4

The suspect who shot two people at an off-campus student housing complex in Orem two weeks ago has turned himself in on Wednesday, Nov. 30.
OREM, UT・2 DAYS AGO
ABC4

Two cameras were found on Wednesday, Nov. 30, taped under restroom sinks on different floors of the University of Utah Eccles Student Life Center. University Police have identified a suspect and arrested them.
SALT LAKE CITY, UT・3 DAYS AGO
ABC4

An elderly man is in critical condition after his car was struck by a TRAX train in Salt Lake City Tuesday, according to the United Transit Authority.
SALT LAKE CITY, UT・4 DAYS AGO
ABC4

A Utah man has pled guilty after running over and killing a West Jordan teen in late April.
WEST JORDAN, UT・4 DAYS AGO
ABC4

Man in custody after driving into Spanish Fork parade, hitting horse and rider

A man has been taken into custody on suspicion of driving under the influence on Saturday, Nov. 26, after he drove into Spanish Fork's lights parade and struck a horse and rider.
SPANISH FORK, UT・6 DAYS AGO
ABC4

Three Utah cities were named among the best towns for college students according to a new study.
SALT LAKE CITY, UT・4 DAYS AGO
ABC4

A Salt Lake City Police Officer arrested a man for suspected drug dealing of multiple types of narcotics on Tuesday, Nov. 22, who was allegedly hiding drugs in his mouth while speaking to police.
SALT LAKE CITY, UT・4 DAYS AGO
ABC4

Students at Utah Valley University pledge to ride public transportation at a press conference Nov. 30 at 10 a.m. at the Orem Central Station, located at 1350 West 900 South in Orem, Utah.
OREM, UT・4 DAYS AGO