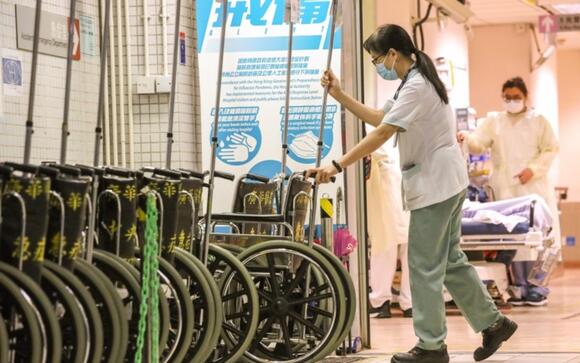 Unexpectedly high hospital bills have, by now, become a fact of life in the U.S. — a recent survey found that 72 million people, or 41% of working-age Americans, are currently struggling with medical debt or costs.

But even among such a large group, some get consistently higher bills than others.

According to a recent investigation by the Wall Street Journal, the deal that an insurer worked out with specific healthcare providers plays one of the biggest roles in determining what medical services are covered and how much they cost.

A plan with limited coverage often relies on a rental network to expand its coverage. Without the direct insurer-to-hospital negotiation, the same services often result in much higher prices for patients who are already more likely to earn less and have a worse plan to begin with.

A WSJ review of 836 hospitals across the country found that rental network rates were higher than 79% of rates through a commercial insurer. In that system, a patient at a Summerlin Hospital Medical Center in Las Vegas would pay $1,856 for a computed tomography abdominal scan when covered by an insurer like Anthem ( (ANTM) - Get Anthem, Inc. Report), but $13,425 if covered by common rental network PHCS.

This, in turn, can result in patients who end up with crippling medical bills despite being covered and seeking out in-network providers .

After paying $1,000 a month for a plan with Freedom Life Insurance Co. for nearly two years, Tensy Colón told the WSJ that she still ended up with a $175,685 bill for a stroke that landed her in the in-network Baptist Health South Florida for five days.

"Those rental networks are cobbled into products that don’t really protect you," Cindi Gatton, owner of Pathfinder Patient Advocacy Group in Atlanta, told the WSJ. "You really get caught between a bad plan design and discounts that aren’t as good as you would be able to negotiate on your own."

Billionaire investor Ryan Cohen, who has scored big on activist stakes in GameStop and Bed Bath & Beyond, now has his sights set on struggling retailer Nordstrom.
2 DAYS AGO
TheStreet

What Apple, Amazon and Google Earnings Mean for the Market

The January jobs report shocked Wall Street, so what does it mean for the Federal Reserve? TheStreet Today breaks it down.
2 DAYS AGO
TheStreet

The Detroit giant may not have to lower the price of the Cadillac Lyriq, which now is eligible for the new federal tax credit of $7,500.
1 DAY AGO
TheStreet

Why 2023 Is a Green Light for Homebuyers

U.S. homebuyers are finally in the driver’s seat
3 HOURS AGO
TheStreet

GoodRx says that settling the case with the FTC 'allows us to avoid the time and expense of protracted litigation.'
1 DAY AGO
TheStreet

Meta's new discipline, paired with Powell's new dovishness, had tech stocks surging Thursday ahead of a triple-set of mega cap earnings after the closing bell.
3 DAYS AGO
TheStreet

Cathie Wood Believes One Major Market Problem May Be Over

After a tumultuous 2022, Ark Investment Management is off to a strong start in 2023.
1 DAY AGO