Child Tax Credit: You Could Get a Double Payment in February — Here’s Why 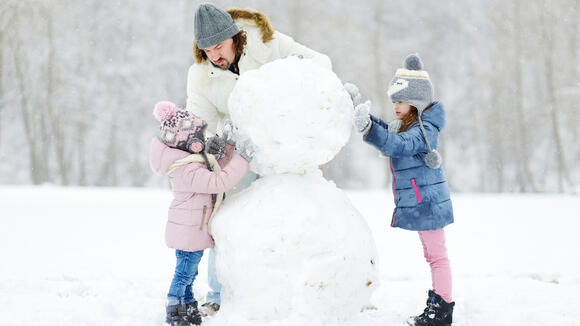 If the Build Back Better bill actually manages to pass in January , parents could be looking at a doubled Child Tax Credit payment for February.

The bad news? Various news outlets claim that it’s a “near-certainty” there will be no advance CTC payments for January, even if the legislation passes early in the new year. Of course, that’s assuming the revised version of the BBB includes a provision to extend the advanced Child Tax Credit, which White House press secretary Jen Psaki seems optimistic about.

She addressed reporters Friday, Dec. 17 from Air Force One, Bloomberg reported, and said, “If we get it done in January, we’d talk to Treasury officials and others about doing double payments in February as an option. The president wants to see this move forward. It’s a priority for him as soon as Congress returns.”

Related: 7 Build Back Better Line Items That Could Still Benefit Americans If Brought to Congress Individually

If the advance CTC remains in the BBB in its current form, that means parents could receive $600 per child under six in February, and $500 per child between six and 17. In March, the payments would return to the usual monthly amount parents had received for the last six months of 2021.

However, right now, the advance CTC along with many other elements of the BBB hang in the balance. Sen. Joe Manchin (D-W.Va.), whose vote is required for the BBB to pass , is leading a charge that could force his fellow lawmakers to scale down much of the social spending and other provisions in the bill in order to get it to pass.

A study from the Center on Poverty & Social Policy at Columbia University found that November’s advance CTC payment helped keep 3.8 million children out of poverty, with the overall child poverty rate decreasing across the country from 12.8% to 12.2% between October and November.

For families who are faced with seeing these funds disappear, it’s a smart step to review your budgets now , see where you can scale back spending and even negotiate new payment terms with utility providers or landlords.

This article originally appeared on GOBankingRates.com : Child Tax Credit: You Could Get a Double Payment in February — Here’s Why

there is no reason why people should be rewarded for having kids at the expense of the rest of the taxpayers. they wanted kids, let them pay for them.

It’s all about the kids tax credit- what about the seniors on social security disability & ss people who don’t get their money from WhT they are being told they are going to get but manchin & McConnell are holding back from us !!!!!!

Americans that don’t have kids or their kids are grown should not be forced to pay for other peoples kids!!!

Social Security payments are going to be a little larger this year -- a total of 5.9% more, thanks to the largest cost-of-living adjustment increase in almost four decades. Surging inflation and...
BUSINESS・27 DAYS AGO
GOBankingRates

Tax Audit Rates Decrease Across the Board, Especially for Those Earning $200K+

The IRS has come under increased scrutiny during the COVID-19 pandemic for a massive backlog of unprocessed returns and mounting complaints about poor customer service. But as new government research...
INCOME TAX・10 HOURS AGO
GOBankingRates

Banks issue rewards credit cards for all kinds of spending categories, from flights, hotels, rental cars and entertainment to groceries, dining, warehouse clubs and e-commerce. With all of those ways...
CREDITS & LOANS・1 DAY AGO
Newsweek

Colorado Governor Jared Polis cited the "impacts of inflation and the cost of living" as reasons for the tax rebate program.
COLORADO STATE・24 DAYS AGO

According to the U.S. Department of Agriculture, emergency allotments were authorized under the Families First Coronavirus Response Act to help address temporary food needs during the pandemic for...
POLITICS・5 DAYS AGO
GOBankingRates

May is shaping up to be a pivotal month for the Supplemental Nutrition Assistance Program (SNAP), which helps more than 41 million people avoid food insecurity. As America's biggest anti-hunger...
PUBLIC HEALTH・1 DAY AGO
MSNBC

A new Republican-backed law in Florida will repeal Disney’s special tax status, resulting in a property tax increase of up to 25% for residents of Orange County. MSNBC’s Lawrence O’Donnell explains how the move comes as GOP retribution for Disney’s opposition to Florida’s “Don’t Say Gay” bill.April 26, 2022.
FLORIDA STATE・23 DAYS AGO
Fortune

Sign up for the Fortune Features email list so you don’t miss our biggest features, exclusive interviews, and investigations. U.S. tariffs on Chinese imports survived a change in administration, but the trade-war-era levies may not survive record inflation. “We’re certainly looking at where we see costs being raised and,...
PRESIDENTIAL ELECTION・23 DAYS AGO

Hold on to your wallet. Due to inflation and prices surging for natural gas, heating oil and other fuels, you will see a significant rise in your utility bills. So if you've opened your electric bill...
ENERGY INDUSTRY・2 DAYS AGO
GOBankingRates

If you are qualified based on your income, you might be able to get $30 off your internet service thanks to a program introduced by the Federal Communications Commission (FCC) called the Affordable...
INTERNET・2 DAYS AGO
GOBankingRates

The big, hefty federal stimulus checks that went out to just about everyone during the pandemic are long gone -- although those who invested those payments wisely are still reaping the rewards. ...
INCOME TAX・2 DAYS AGO

Surprising Things You Can Buy With Food Stamps

Formerly known as food stamps, the Supplemental Nutrition Assistance Program (SNAP) is the most important anti-hunger initiative in America. According to the United States Department of Agriculture...
SHOPPING・1 DAY AGO
GOBankingRates

May is almost here, and millions of households are looking forward to their next SNAP payments. See: Surprising Things You Can Buy With Food StampsFind: SNAP 2022 -- Is My State Giving Out Extra Money...
AGRICULTURE・1 DAY AGO
Business Insider

An attorney for the campaign said they thought they were allowed to use the funds based on a "good faith" understanding of the "highly confusing" rules.
FLORIDA STATE・23 HOURS AGO
GOBankingRates

A single quarter could be worth more than $200 -- and it has nothing to do with inflation. Learn: 5 Collector's Items Worth Selling for Extra CashExplore: 22 Side Gigs That Can Make You Richer Than a...
BUSINESS・1 DAY AGO
GOBankingRates

You're planning to retire in the not-so-distant future, which means you'll be living on a fixed income. Therefore, you're looking for a new hometown where you can enjoy life while stretching your...
ECONOMY・6 HOURS AGO
GOBankingRates

The First Thing You Should Do With Your Social Security Check

Whether you're 20 years old or 10 years away from retirement, it's important to plan how you're going to supplement your income and spend your money during your golden years. For many soon-to-be...
PERSONAL FINANCE・1 DAY AGO
GOBankingRates

The average monthly payment for Social Security retirement benefits is $1,613.77. That's not enough to get by in most places in America, but Social Security was never meant to serve as a retiree's...
ECONOMY・5 HOURS AGO
GOBankingRates

The Worst Things To Buy at Walmart and Target

It's true that Walmart and Target offer great deals on many items. But that doesn't mean you should buy everything the two stores have to offer. Some Target and Walmart deals are just that -- deals --...
RETAIL・1 DAY AGO