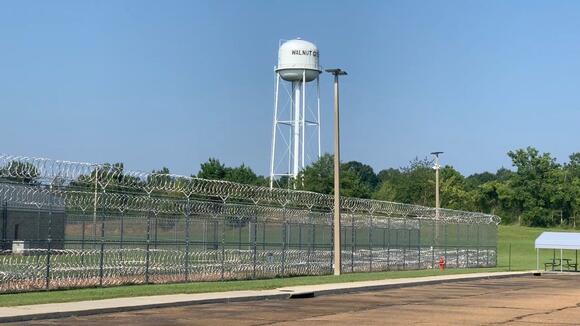 If Mississippi Corrections Commissioner Burl Cain has his way, a shuttered prison will become a haven of hope for addicted inmates — and a hell for inmates that prey on others.

By Jan. 10, he wants to reopen Walnut Grove Correctional Facility with a 90-day addiction program he equates to a $15,000-a-person, private treatment facility and a maximum-security lockup for violent convicts like those who last month attacked two rival gang inmates, killing one, at the private East Mississippi Correctional Facility. A correctional officer is now charged with conspiracy in connection to the investigation of the slaying.

Some inmates have complained to MCIR about the quality of addiction programs inside Mississippi prisons. One former inmate said the addiction program consisted of little more than watching videos.

Cain said he wants to change that. His plan is to open Walnut Grove Correctional Facility to house 32 inmates in a 90-day addiction program. “They would be in single cells and do intense therapy for the first 45 days,” he said.

After that, they would move to double cells and begin a therapy program and aftercare, he said.

He compared the recovery program to the Betty Ford inpatient treatment program and the Palmetto Addiction Recovery Center in Rayville, Louisiana. “Most people couldn’t afford it,” he said. “It’s a $15,000 (a person) program.”

Inmates who enter this program would be nearing their time of release, he said. “They would never go back to another prison.”

In addition to addiction treatment, they would receive skills that would help land them a job and prepare them for life outside prison, he said.

After they leave, substance treatment would continue through a one-year Mississippi Medicaid program, enabling inmates to keep the same therapist they had in prison, he said.

Pauline Rogers, executive director of Mississippi’s Rech Foundation, which ministers to women emerging from prison, said she doesn’t know of a single treatment program that has proven effective behind bars.

She hopes this new program can help some break the cycle. Even if it’s only one, she said, “it is worth that one.”

To help keep the drugs out of Walnut Grove, Cain said the Mississippi Department of Corrections plans to polygraph all correctional officers it hires.

Steve Pickett, chairman of the state parole board, is among those rooting for the success of the program, saying addiction is “the number one driver of parole revocations.”

A high quality addiction program is essential for those battling addiction, because when these recovering addicts return to the same environment and slip into “survival mode,” a relapse is triggered, which may lead to “stealing a four-wheeler to pay for addiction, he said. “The cycle repeats itself.”

After nearly a decade on the Parole Board, Pickett said he has seen that “longer sentences do not cure drug addicts, so we are excited to see Commissioner Cain bring the Alcohol and Drug Center online at Walnut Grove. We will use it in revocations weekly.”

Over the past decade, Mississippi lawmakers have passed reforms aimed at reducing the prison population and sinking the savings into programs to reduce recidivism.

But the savings haven’t gone back into places such as drug courts, where the budget was slashed in half from nearly $8 million in 2013 and hasn’t reached those same levels since, despite inflation.

The annual budget is now $7 million. The request for the coming fiscal year is $12 million.

In its short existence, Walnut Grove had a notorious history. The state shut down the private prison in 2016, several years after a federal judge said the facility painted “a picture of such horror as should be unrealized anywhere in the civilized world.”

Corrections officials at the time blamed budget cuts instead of conditions.

This time, instead of being a private prison, the facility will be run by the state.

In addition to addicted treatment, Cain said he wants the prison to become a place for predators. "These are gang leaders, the ones doing extortion, but they’re going to be living a different life here.”

Those predators will have “no phones, no contraband, no contact with each other,” he said. “The only (outside) visits they’ll have is through the glass.”

On Nov. 26, East Mississippi Correctional Facility, a private prison run by MTC, had a gang killing, he said. “The one that called the hit said, ‘Wet this one.’ In other words, make him bleed.”

“My son shouldn’t have laid on nobody’s floor over an hour bleeding,” said his mother, Cassandra. “His son goes to bed crying throughout the night.”

On Tuesday, the Lauderdale County Sheriff’s office arrested 27-year-old correctional officer Joni Collins on conspiracy charges in connection to the investigation into Jenkins’ killing. She was released on bond.

Cain vowed that those responsible for Jenkins’ killing will spend their time now in Walnut Grove. “They gave up their whole life to kill this guy.”

This story was produced by the Mississippi Center for Investigative Reporting, a nonprofit news organization that is exposing wrongdoing, educating and empowering Mississippians, and raising up the next generation of investigative reporters. Sign up for our newsletter.