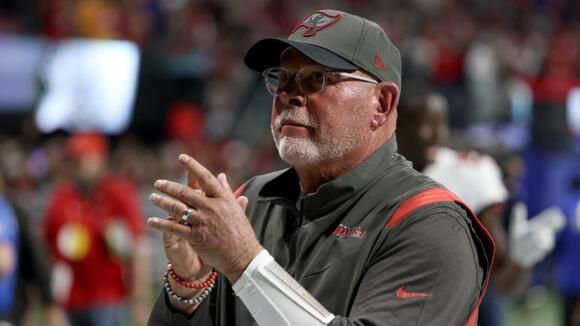 Richard Sherman played in Week 14 after dealing with various injuries throughout the year, but suffered a setback with an Achilles injury this week and will not play either. The three contributors join reserve quarterback Kyle Trask and running back Kenjon Barner, who signed to the practice squad this past week and was elevated to the active roster on Saturday, on the inactive list.

Aside from head coach Sean Payton being away from the team after testing positive for COVID-19 on Friday, the two biggest contributors New Orleans will be without against Tampa Bay are starting offensive tackles Terron Armstead and Ryan Ramczyk, who were both ruled out on Friday. Their absences could prove pivotal as Saints starting quarterback Taysom Hill often struggles under pressure anyway.

Otherwise, the Saints enter the game relatively healthy across their active roster. Kaden Elliss is the only other injured player on the inactive list while the other inactives, all reserves, are healthy scratches.

Tom Brady's former team in New England gives its appreciation for the quarterback who gave them six rings.
TAMPA, FL・2 DAYS AGO
BucsGameday

Report: Tom Brady mulled his options with multiple teams outside of the Buccaneers before retiring

Brady was considering his options with multiple other clubs before ultimately retiring.
TAMPA, FL・18 HOURS AGO
BucsGameday

The Buccaneers can extend their window of success if they can somehow get in on the Aaron Rodgers sweepstakes.
TAMPA, FL・17 HOURS AGO
BucsGameday

One of Brady's longest-tenured teammates and friends reacted in a hilarious way to his second retirement.
2 DAYS AGO