AirPods Pro 2: What to expect from Apple’s next high-end buds 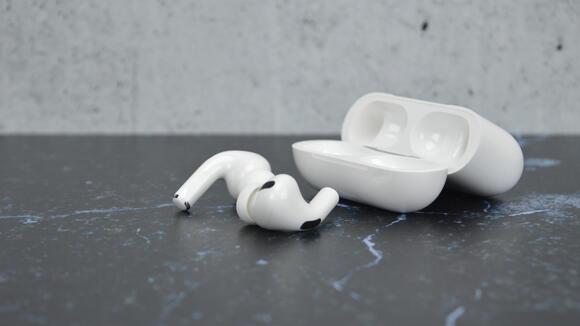 The standard AirPods are solid headphones, but those that want a tighter fit and premium features like noise cancellation have turned to the AirPods Pro . The AirPods Pro headphones are a little more expensive than the standard buds, but for many, they’re worth the money. Soon, however, Apple will launch a second-generation model — tentatively called the AirPods Pro 2.

Of course, naming in Apple-land is fluid. The headphones may end up being called the AirPods Pro second-generation. Or, maybe they’ll just keep the AirPods Pro name and simply replace the old ones.

Regardless, however, rumors indicate that they could be an exciting release. Here’s everything we know so far about the AirPods Pro 2 wireless earbuds.

There is some debate about the design of the next-gen AirPods Pro 2 earbuds. Some rumors suggest that the overall design will be pretty much the same as the current model. Other rumors, however, indicate that Apple wants to bring a stemless design to the AirPods Pro headphones. Bloomberg indicates that Apple is targetting a more compact design with a more rounded shape, which could give the buds a design similar to the Google Pixel Buds .

Of course, that would change a lot of how the AirPods currently work. The stems allow users to control the buds with a squeeze, plus it makes them more immediately more recognizable.

The AirPods Pro have always been a little more feature-packed than the standard AirPods, and the next-gen model will likely be no different. The AirPods Pro 2 may offer a number of new features that put them ahead of the competition. That’s apart from the fitness-tracking features that we already discussed. Some rumors suggest that the AirPods Pro 2 will offer the ability to automatically turn off noise cancellation when they detect a voice , like that of your partner or spouse. And, of course, they’ll also support things like wireless charging, transparency mode, and more.

The new AirPods Pro 2 may also have better support for Find My. The headphones already support Find My, but one rumor indicates that the case may have its own support for Find My apart from the earbuds. According to Apple analyst Ming-Chi Kuo , they may also support lossless audio, which would allow for a much better audio quality.

So when will we finally get the AirPods Pro 2 earbuds in person? Well, we don’t exactly know just yet. According to the Bloomberg report, Apple is targeting a 2022 launch, and Apple analyst Ming-Chi Kuo expects the headphones to launch in the fourth quarter of 2022. They could launch alongside the iPhone 14 series in October 2022.

Pricing also remains to be seen. We expect the new AirPods Pro to have a similar price to the current AirPods Pro, which means that they should cost around $250. If Apple manages to pack more features into the headphones, however, it could end up raising the price of the headphones.

The post AirPods Pro 2: What to expect from Apple’s next high-end buds appeared first on BGR .

With June creeping up around the corner, we’re only a few short months away from Apple introducing its 2022 iPhone 14 lineup at a special event in September. While iPhone designs since the iPhone X haven’t changed that drastically, the iPhone 14 is poised to shake things up. According to several credible reports, Apple’s iPhone 14 Pro models will ditch the famed notch entirely.
CELL PHONES・21 HOURS AGO
BGR.com

Memorial Day 2022 is just days away, which means all the best sales are now in full swing. Needless to say, you’ll find the lowest prices of the season from Amazon, Target, Best Buy, and all the top retailers. From robot vacuums and other smart home gadgets to Apple...
SHOPPING・2 DAYS AGO
BGR.com

How to play Fortnite on iPhone for free with GeForce Now

The Epic Games vs. Apple fight is one of the most important legal brawls in the tech space right now. that’s still the case even though we haven’t seen any significant developments in quite a while. The iPhone maker essentially won the first round, which means Epic’s Fortnite game is still unavailable on iOS or macOS. It might be years until Fortnite is allowed back to Apple’s app stores, but that doesn’t mean you’ll have to wait that long to play it. In fact, any iPhone owner can play Fortnite right now for free thanks to GeForce Now.
VIDEO GAMES・6 DAYS AGO
Benzinga

Alphabet Inc GOOGL GOOG subsidiary Google said on Wednesday that its Google Docs application will now allow users to make multiple text selections at once. What Happened: In an update posted on its website, Google said users can now select multiple texts in the same document and apply actions such as delete, copy, paste, or format to them.
SOFTWARE・31 MINUTES AGO

Playing music while running a navigation app on your phone has just gotten easier, as Waze just added support for Apple Music. The iPhone maker’s streaming service is the latest to receive Waze Audio Player support. Waze’s popular navigation app already works with various Apple Music alternatives, but this will be a big bonus for Apple fans.
CELL PHONES・18 HOURS AGO
BGR.com

How to Buy Dogecoin

Recently, the Techno king of Tesla, Elon Musk, reached a deal to acquire Twitter for about $44 billion. What makes this information relevant here? After the news of Elon’s acquisition, Dogecoin jumped 27% in a day!. Elon’s tweets have gained a reputation in the crypto space. A reputation for...
MARKETS・2 DAYS AGO
The Motley Fool

What These 3 Key Metrics Tell You About a Stock

They give you more insight into a company.
STOCKS・36 MINUTES AGO
BGR.com

Every new version of iOS includes hundreds of features and bug fixes for the iPhone. In fact, there are often so many big changes that some of them go unnoticed by a majority of users. That was certainly the case for Visual Look Up on iOS 15, which can help you identify plants, animals, landmarks, and more with the tap of a button.
CELL PHONES・2 DAYS AGO

Apple buying gaming studio EA might seem like a strange proposition, but it wouldn’t be the craziest deal we’ve seen in recent months. Microsoft bought Activision Blizzard for $69 billion. Then, Sony got Bungie for $3.6 billion. Microsoft and Sony are active players in the console gaming business, so the acquisitions are logical developments.
BUSINESS・2 DAYS AGO
BGR.com

Since I test new gadgets all the time, I probably appreciate smart Wi-Fi-connected devices more than most people. The amount of convenience afforded by gadgets like robot vacuum cleaners and smart locks is fantastic. On top of that, there are new types of smart devices that hit the market all the time.
ELECTRONICS・2 DAYS AGO
BGR.com

Earlier this week, Apple announced that the WWDC 2022 keynote will kick off on June 6th at 10:00 a.m. PT / 1:00 p.m. ET. During the keynote, we should get our first look at a number of upcoming software updates, including iOS 16. Unsurprisingly, Apple has yet to share details about those updates, but a recent iOS 16 concept video visualizes some of the new features and improvements that might be in store for the mobile OS.
CELL PHONES・11 HOURS AGO
BGR.com

How to take a screenshot on Windows

First things first: you need to see our roundup of the best Memorial Day 2022 sales out there. You’ll find so many fantastic deals, but they won’t last much longer. Once you’re done with that, it’s time to check out some of the awesome daily deals we found on Tuesday.
ELECTRONICS・1 DAY AGO
BGR.com

If you’ve ever been frustrated on a video or audio call because overwhelming background noise makes it difficult for other people to hear you, there’s a somewhat hidden feature baked into iOS 15 that is nothing short of a lifesaver. It’s called Voice Isolation and like many great iPhone tips that aren’t widely known, this feature is hiding in plain sight.
CELL PHONES・2 DAYS AGO
BGR.com

Apple is widely expected to announce the next-gen AirPods Pro model in the second half of the year. A recent report offered a tentative launch date for the AirPods Pro 2, indicating that Apple might unveil the new wireless earphones at the same time as the iPhone 14 this September. The same report said that Apple tested AirPods Pro 2 models with USB-C connectivity instead of Lightning. But an insider now says that Apple will stick with Lightning for the new AirPods Pro model.
ELECTRONICS・1 DAY AGO
BGR.com

At some point, I started spending far more time in my Gmail account every day than I do in any social media app, the constant influx of messages stacking up at the top of my inbox basically replicating the idea of a News Feed for me (a much more useful one, at that). And, depending on where you work, a Gmail account might be even more essential than that, as it can be a connector to a shared Google calendar or Google Docs arrangement.
INTERNET・12 HOURS AGO
BGR.com

Samsung will release another pair of foldable phones this summer, the Galaxy Z Fold 4 and Flip 4. The former has appeared in various leaks already, as leakers usually focus on the most exciting unreleased flagships. But the new Flip will also be a flagship handset, and it’s showing up in more leaks of its own. A new benchmark leak proves that the Galaxy Z Flip 4 will feature a brand new Qualcomm processor, which is great news for Samsung fans who might still be worried about the Galaxy S22’s throttling scandal.
CELL PHONES・6 DAYS AGO
BGR.com

With one week until Memorial Day 2022, the deals are definitely heating up. You won’t believe how many deep discounts I found today on best-sellers. To start things off, #1 best-selling Beckham Hotel Collection bed pillows are down to $12.90 each. That’s the best price of 2022 for pillows with 127,000 5-star Amazon ratings.
ELECTRONICS・4 DAYS AGO
BGR.com

PS4 and PS5 owners, rejoice. PlayStation kicked off its annual Days of Play spring sales event on Wednesday, May 25th, discounting hundreds of games as well as controllers, accessories, and more. If you were waiting for the right time to give your game library a boost, then you are going to want to check out these deals before they expire.
VIDEO GAMES・16 HOURS AGO