Dec. 16 (UPI) -- Japanese Prime Minister Fumio Kishida said on Thursday that he will join the U.S.-led diplomatic boycott of the Beijing Winter Olympics in February, adding that he will not attend the Opening Ceremony.

Kishida, who's been prime minister for a little more than a month, did not say whether other Japanese officials and diplomats will join in him protesting the Games over China's human rights record and other issues.

The United States, Britain, Canada and Australia have all said they won't send an official delegation to the Beijing Winter Olympics, as is standard practice for the quadrennial event. The primary reason, they said, is concern over China's human rights practices, particularly those involving the minority Muslim Uyghur population.

"At the moment, I have no plans to attend," Kishida said in Japanese Parliament on Thursday, according to Japan Today. 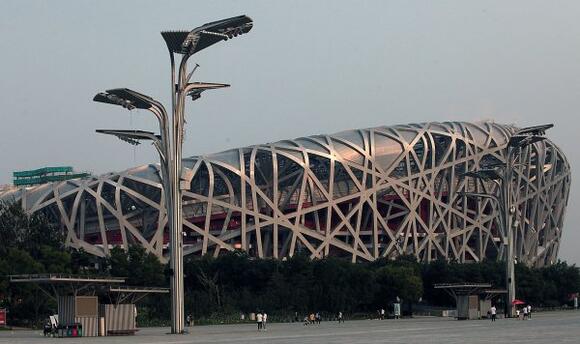 "It is important to make a judgment by myself at an appropriate time after comprehensively taking into account various issues in consideration of the national interest."

While Japan is a strong ally of the United States, it also has deep economic ties with China as its largest trading partner. Japan also depends on China as a manufacturing hub and is a top customer for vehicles and other products.

Another Chinese neighbor, South Korea, has said it will not join the diplomatic boycott. President Moon Jae-in said this week that attending the Games would maintain a "positive" relationship with China.

Athletes are not part of the diplomatic boycotts and will participate in the Beijing Games, which are scheduled to run from Feb. 4-20.

COVID-19 deaths worldwide are the lowest since the start of the pandemic in March 21, inlcuding dropping under 1,0000 daily, and cases are the fewest since July, 2021 with few hotspots.
WORLD・21 HOURS AGO
UPI News

Secretary of State Antony Blinken on Friday met with Chinese foreign minister Wang Yi on the sidelines of the United Nations General Assembly in a meeting that discussed several high-profile issues including Taiwan.
FOREIGN POLICY・3 DAYS AGO
UPI News

In the final day of scheduled speeches at the United Nations General Assembly on Monday, Canada's Foreign Affairs Minister Melanie Joly will address the crowd while a spot has been left open for reclusive North Korea.
WORLD・1 HOUR AGO

Typhoon Noru bears down on Philippines

Sept. 25 (UPI) -- Typhoon Noru made landfall on the Philippine region of Luzon on Sunday, bringing strong winds and storm surge before moving west toward Vietnam. The eye wall of the storm, known locally as Typhoon Karding, made landfall on the Polillo Islands around 5 p.m. Sunday, according to the Philippine Atmospheric Geophysical and Astronomical Services Administration. The storm made landfall with 149 mph winds, the equivalent of Category 4 hurricane.
ENVIRONMENT・20 HOURS AGO
The US Sun

UKRAINE has identified the Russian colonel who is alleged to have ordered troops to torture civilians for weeks and loot homes in occupied Kherson. Ukraine's security service, the SBU, named Oleksandr Naumenko of the Rostov Guards Department as the alleged culprit. The publication of the SBU report today uncovered that...
MILITARY・2 DAYS AGO
UPI News

Sept. 23 (UPI) -- A coronavirus recently discovered in Russian bats can infect humans and may be resistant to vaccines, leading researchers to call for creating jabs to prevent against all similar viruses. The virus Khosta-2 is a sarbecovirus -- a lineage in the coronavirus family which includes SARS-CoV-2 --...
SCIENCE・2 DAYS AGO

Sept. 23 (UPI) -- At least 77 migrants aboard a boat sailing from Lebanon have died after the ship sank off the coast of Syria, officials said Friday. Brig. Gen. Samer Kubrusli, Syria's director general of ports, told the Syria's state news agency that the boat left from the coastal city of Miniyeh, Lebanon, on Tuesday, and was sailing to Italy. Twenty survivors are being treated at a hospital.
ACCIDENTS・2 DAYS AGO
UPI News

Aircraft carrier USS Ronald Reagan arrived in the port city of Busan on Friday to conduct joint drills with the South Korean navy in a demonstration of military might and extended deterrence against North Korea.
MILITARY・3 DAYS AGO
UPI News

Sept. 26 (UPI) -- A Russian military officer in charge of a local draft to sign men up for the war in Ukraine was seriously injured in a shooting attack amid protests against President Vladimir Putin's widening invasion. The attack was carried out by a Russian conscript Monday in the...
PUBLIC SAFETY・2 HOURS AGO

UN Secretary-General Antonio Guterres renewed his call Monday for the global abolition of nuclear weapons as concerns grow over Russia's threat to use them in the Ukraine war. "Decades after the fall of the Berlin Wall, we can hear once again the rattling of nuclear sabers," Guterres told a special General Assembly session on nuclear disarmament.
JAPAN・23 MINUTES AGO
UPI News

Apple says it will produce iPhone 14s in India

Sept. 26 (UPI) -- Apple took a significant pivot away from using China as a production hub on Monday by announcing it will make its flagship iPhone 14 in India. California-based Apple said its assembler Foxconn will manufacture the iPhone 14 at its Sriperumbudur plant near Chennai. It marks the first time India will be used as a production hub for a new iPhone. The country had manufactured older iPhones since 2017.
CELL PHONES・28 MINUTES AGO
Business Insider

A British fighter captured in Ukraine by Russian forces says he was beaten up, stabbed, and 'treated worse than a dog'

British fighter Aiden Aslin was among the 10 international prisoners of war who were released by Russian authorities last week.
PUBLIC SAFETY・21 MINUTES AGO
UPI News

Sept. 25 (UPI) -- Ukrainian President Volodymyr Zelensky urged Russians to resist conscription into the military as the United States on Sunday warned Russia of "catastrophic" consequences if it uses nuclear weapons. Zelensky's comments also came as Ukraine warned of rising attacks from Iran-made drones and news that NATO will...
MILITARY・21 HOURS AGO
UPI News

Sept. 24 (UPI) -- South Korean military and political officials said Saturday they are on alert for the possible firing of a submarine-launched ballistic missile by North Korea. The South Korean military confirmed it has detected signs that Pyongyang is readying a possible SLBM launch off its eastern coast, the...
MILITARY・2 DAYS AGO
UPI News

Sept. 26 (UPI) -- Iran's foreign ministry has summoned the British and Norwegian ambassadors in Tehran to lodge complaints over their countries' response to recent protests that have erupted in the Middle Eastern country. The ambassadors were summoned over the weekend amid ongoing mass protests in the country over the...
PROTESTS・5 HOURS AGO
UPI News

Sept. 23 (UPI) -- Marijuana will remain on the World Anti-Doping Agency's banned substances list for athletes, the organization's executive committee announced Friday. The decision was announced during the group's second meeting of the year in Sydney, Australia. It was based on a recommendation by an advisory group of experts who considered whether THC has the potential to enhance sport performance, poses health risk to athletes and violates of the spirit of sport.
HEALTH・2 DAYS AGO