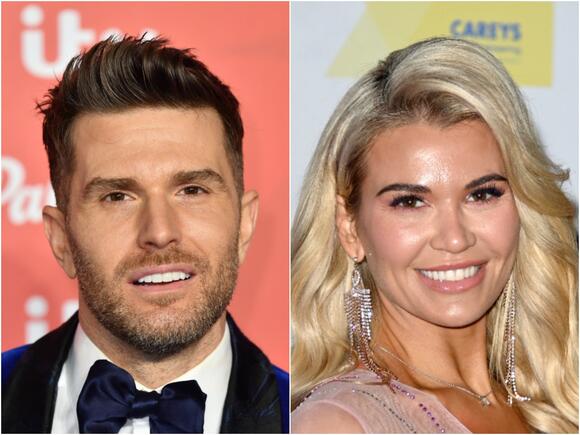 Comedian Joel Dommett has responded to the claim that reality TV star Christine McGuinness was left “upset” after appearing on his ITV gameshow Hey Tracey!

McGuinness claimed in her recent autobiography that she had been mocked while appearing on a TV series, with a member of staff allegedly telling her “I’ve got no f***ing idea who you are”.

The Real Housewives of Cheshire star wrote that the incident left her “sobbing” and “mortified”, though did not identify the TV series on which it allegedly happened.

However, reports emerged that it was Dommett’s series Hey Tracey , and the comment was allegedly delivered by Dommett’s virtual co-host, comedian Donna Preston.

Speaking to The Sun , Dommett addressed the claims, saying: “At the end of the day it is a comedy show. It was made in jest.

“I don’t like anyone to feel like they went away from the show unhappy. No one expressed their concerns to me but I do like to make sure everyone is happy if they are on a show with me.”

The comment allegedly made by Preston on the series was never broadcast.

“I hope she is ok,” Dommett added. “I am sure she is fine. I texted [McGuinness’s husband, Top Gear presenter Paddy McGuinness ] afterwards and said that she did really really well, which she did.”

The Independent has contacted representatives for ITV, Preston and McGuinness for comment.

Hayden Panettiere has opened up about the “horrifying” moment when her only daughter asked other women if she could call them “Mommy”.The Nashville actress spoke about the moment to Jada Pinkett Smith, Adrienne Banfield Norris, and guest host Kelly Osbourne during the latest episode of the Facebook Watch series Red Table Talk.Panettiere, 33, discussed an alleged phone call she had with ex Wladimir Klitschko, 46, about their seven-year-old daughter Kaya. “I also remember her dad calling me and he said, ‘Kaya is going around and asking other women if she can call them Mommy,’” she explained. “And my breath...
CELEBRITIES・23 HOURS AGO
The Independent

Actor Robert Cormier, best known for roles in Heartland and Netflix’s Slasher, has died aged 33. The Canadian performer died on Friday (23 September), according to his obituary. His sister later told The Hollywood Reporter that Cormier died in hospital in Etobicoke, Ontario, of injuries obtained following a fall.
CELEBRITIES・1 DAY AGO
The Independent

Kim Kardashian mocked after struggling to walk up stairs in Dolce & Gabbana dress: ‘Exhausted watching this’

Kim Kardashian has been mocked by fans after struggling to walk up a flight of stairs in her Dolce & Gabbana dress. The 41-year-old reality star attended Milan Fashion Week over the weekend for the debut of her collection, “Ciao Kim,” for Dolce & Gabbana. For the official Dolce & Gabbana afterparty, she wore a floor-length silver sequin dress, which featured criss-cross ties on the sides and front. She completed the look with silver jewellery, a purse, and silver stiletto heels, while her blonde hair was in an updo.
CELEBRITIES・3 DAYS AGO
The Independent

Cameron Diaz has reignited an age-old debate after revealing to friend Drew Barrymore that she’s peed in a swimming pool.The Charlie’s Angels star made the confession while appearing on The Drew Barrymore Show earlier this week. The longtime friends drove around in a car – which Barrymore nicknamed the “Drewber” – as Diaz answered pre-recorded questions sent in from her sister-in-law, Nicole Richie.When asked by Richie whether she’s ever peed in a swimming pool, Diaz erupted into laughter before telling Barrymore: “Oh hell yeah, I’ve peed in a swimming pool.”“That’s so funny that Nicole asked that question,” she said.Diaz...
CELEBRITIES・2 DAYS AGO

Kylie Jenner has revealed the reason she and Travis Scott still haven’t announced their seven-month-old son’s new name.The reality star welcomed her second child with the rapper in February and initially named him Wolf, but later said they would change his name because it no longer “suited him”.Jenner, 25, opened up in the latest episode of The Kardashians and said that while she and Scott, 31, know the baby’s “official” new name, it hasn’t been legally changed yet because the Astroworld rapper keeps changing his mind.She told the cameras: “[Travis] will come back and be like, ‘I really like...
CELEBRITIES・8 HOURS AGO
The Independent

Hayden Panettiere has opened up about relinquishing custody of her daughter Kaya, with the actor revealing it was the “most heartbreaking thing” she’s ever had to do.The Heroes star, 33, who shares daughter Kaya, seven, with ex Wladimir Klitschko, spoke candidly about the experience of giving up custody of her only child in a new episode of Facebook Watch’s Red Table Talk.In a clip from the conversation, which was shared on Facebook ahead of Wednesday’s episode, host Adrienne Banfield Norris asked Panettiere about the agreement she came to that “it was best that her daughter be with her dad”.“At...
CELEBRITIES・2 DAYS AGO
The Independent

Britney Spears has shared a post contrasting herself with Jennifer Lopez, criticising the way she was medicated while under her now-defunct conservatorship.Between the years 2008 and 2021, Spears’ personal and financial affairs were controlled by a conservatorship agreement, with her father Jamie Spears serving as her conservator for the majority of that time.Writing on Instagram early on Monday (26 September), Spears suggested that an artist like Lopez would not have been subjected to the same treatment she had.“I’d like to see somebody tell Jennifer Lopez to sit down eight hours a day seven days a week... no car. I’d...
CELEBRITIES・2 DAYS AGO
The Independent

Khloe Kardashian rejected a marriage proposal from Tristan Thompson: ‘I want to be proud to say I’m engaged to anyone’

Khloe Kardashian has revealed that she once rejected a marriage proposal from Tristan Thompson because she would not have felt “proud” of being engaged to him. The reality TV star opened up about the proposal in the latest episode of The Kardashians during a conversation with her elder sister, Kim.
CELEBRITIES・11 HOURS AGO

Netflix has finally released its controversial Marilyn Monroe drama Blonde – but some viewers have complained that the film is “unwatchable”.Many viewers specified on social media that they had been unable to make it more than 20 minutes into Blonde before abandoning it.The 18-rated movie, based on the novel of the same name by Joyce Carol Oates, stars Ana de Armas as Monroe. It has divided critics, with particular scrutiny being levelled at the film’s harrowing depiction of trauma and sexual assault. In a one-star review for The Independent, Jessie Thompson wrote: “Blonde is not a bad film because...
TV & VIDEOS・7 HOURS AGO
The Independent

Kanye West has seemingly compared his divorce from ex-wife Kim Kardashian to the death of Queen Elizabeth II. On his Instagram Story on Sunday, the 45-year-old rapper, known as “Ye,” appeared to reflect on his past relationship while addressing the Queen’s recent passing on 8 September. “LONDON...
CELEBRITIES・3 DAYS AGO
The Independent

Holly Willoughby was pictured smiling and in good spirits as she turned her hand to trading for charity.The presenter, who has been targeted online over claims she and her This Morning co-host Phillip Schofield jumped the public queue to see the Queen lying in state, was among the celebrities taking over the trading floor at BGC Partners brokerage company on Thursday.Willoughby was supporting Together For Short Lives at the annual event in honour of the 9/11 attacks.The 41-year-old even received a round of applause after she made around £20,000 on a single trade.Willoughby, who wore a maroon jumper and tartan...
CELEBRITIES・1 HOUR AGO
The Independent

Priyanka Chopra and Nick Jonas have put their romance on display during the Global Citizen Festival in New York City.On 24 September, Chopra hosted the 10th annual charity event, which brings together musicians, activists, world leaders and philanthropists to take action against extreme poverty across the world. This year, the Global Citizen Festival brought together artists such as Metallica, Charlie Puth, Måneskin, Mariah Carey, Rosalía, and the Jonas Brothers for performances in New York City’s Central Park.Following their performance, the Jonas Brothers welcomed Chopra on stage. In one video from the festival, the Quantico star is seen running to...
CELEBRITIES・1 DAY AGO

Italian actor Michele Morrone has addressed speculation that he and Khloe Kardashian are dating. The 365 Days star was spotted spending time with the reality star at Dolce & Gabbana’s SS23 Milan Fashion Week Show over the weekend. Morrone, 31, sat next to Kardashian, 38, in the front row...
CELEBRITIES・2 DAYS AGO
The Independent

Stormzy tells Louis Theroux he ‘doesn’t really’ date: ‘I’ll wait for God to present me with my woman’

Stormzy has opened up about his dating woes, explaining to Louis Theroux why he “doesn’t really” date.For the first episode of Theroux’s new BBC Two project, Louis Theroux Interviews, the award-winning documentarian sat down with the 28-year-old British rapper to speak about his personal and professional life. In an exclusive clip provided by BBC ahead of the full release, Theroux complimented Stormzy for being one of the most “eligible people in the UK, just talented, successful, attractive. You’re the total package, you tick all the boxes”.When asked how he dates, Stormzy laughingly replied: “I don’t really do it.”“Anytime I’ve...
CELEBRITIES・29 MINUTES AGO