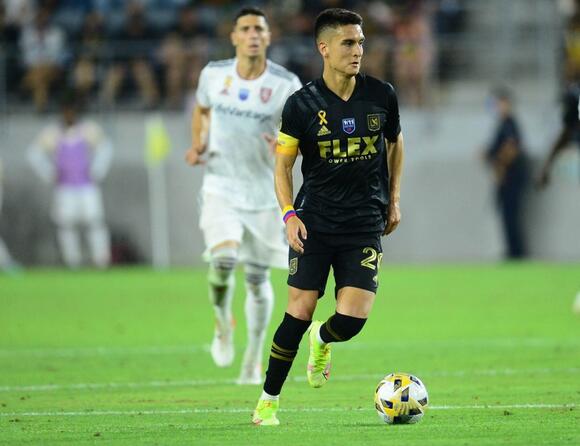 Los Angeles FC announced the transfer Monday of veteran midfielder Eduard Atuesta to the Brazilian Serie A side Palmeiras.

The 24-year-old Colombian has been with LAFC since the MLS club’s inaugural season in 2018, contributing seven goals and 23 assists in 96 matches (84 starts).

“We are excited for Eduard in the next step of his career,” LAFC co-president and general manager John Thorrington said in a news release. “Since he arrived in our first season, Eduard has been a leader both on and off the field. His contributions in building LAFC have been immense, and we are grateful for how he has represented the Club.

“Eduard developed into an MLS All-Star and Best XI player in his time in L.A., and it is gratifying to see him move on to perform for a team that won the 2020 and 2021 Copa Libertadores.”

Atuesta had two goals and eight assists in 24 games in 2021 and was named to the MLS All-Star Team.

He made the MLS Best XI and helped Los Angeles win the Supporters’ Shield in 2019. He ranks second in franchise history in assists and third in games, starts, minutes (7,593) and shots (137).

It is no secret the Los Angeles Lakers are on the hunt for another star player, and while they are
LOS ANGELES, CA・2 DAYS AGO