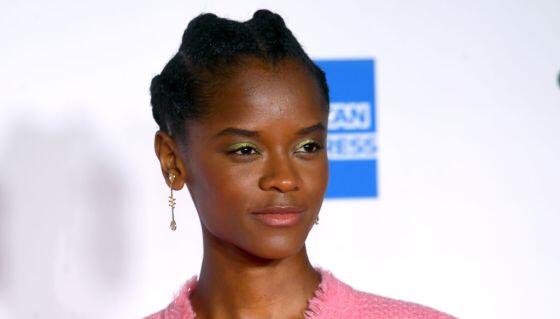 M aaaaaaan, what is going on with Black Panther actress Letitia Wright ? The 28-year-old who is best known for playing the role of Shuri in the Marvel Cinematic Universe smash hit has been the center of controversy ever since last year when she made comments that got her labeled an anti-vaxxer . Now, inside sources are reporting that her alleged reluctance to get the shot has led her to toy around with the possibility of not returning to the MCU after she’s done filming Black Panther 2 , a film that she’s set to star in as the new Black Panther.

A “trusted and proven” source reportedly told sci-fi entertainment blog Giant Freaking Robot that Wright —who, in August, suffered an injury while filming Black Panther 2 that has halted production on the film until sometime in 2022—doesn’t want to return to the MCU because she is unwilling to bend to Disney’s vaccine mandate for actors, creators and employees.

MORE: Anti-Vaxxers Who Threaten To Quit Their Jobs Over Vaccine Mandates Rarely Do, Data Shows

The publication noted that while Wright has not disclosed her vaccination status, “both the Hollywood Reporter and Newsweek have heard from their sources that she is unvaccinated.”

Disney’s vaccine mandate doesn’t apply to the upcoming Black Panther sequel as it had already started filming before the mandate was issued, so, at the very least, we probably don’t have to worry about Wright leaving the film series that catapulted her career before production on Black Panther 2 is finished. Still, her character is largely adored and will certainly be missed if her next appearance in the MCU turns out to be her last.

Of course, it’s worth noting that Wright herself has yet to make any public statements regarding her future with the franchise, so we’ll just have to see what happens.

The idea of Wright being an anti-vaxxer stems from last year when she retweeted a YouTube video that questioned the safety and effectiveness of the COVID-19 vaccine . After receiving negative attention for the retweet, Wright posted a since-deleted tweet from her personal Twitter account a little more than a year ago that suggested people increase their awareness of the vaccine.

“my intention was not to hurt anyone, my ONLY intention of posting the video was it raised my concerns with what the vaccine contains and what we are putting in our bodies,” Wright tweeted on Dec, 4, 2020. “Nothing else.”

Laughter erupted in courtroom after Johnny Depp said he doesn’t watch his own movies and couldn’t recall the question he was asked. “I don’t watch them. I feel better not watching them. What was the question again?” Mr Depp said to laughter from the room. Johnny Depp trial – latest updates“Order in the court, or I will have you removed,” Judge Azcarate said. “Understood? Thank you.”The defamation trial between Mr Depp and Amber Heard began on Monday 11 April in Fairfax, Virginia following Mr Depp’s lawsuit against his ex-wife in March 2019. Mr Depp is arguing that she defamed him...
CELEBRITIES・23 DAYS AGO
Us Weekly

The show — and the vacation — must go on. Jada Pinkett Smith determined that the family trip to India wasn't going to be canceled due to Will Smith's Oscars slap. "Will and Jada have taken the family on [a] vacation that was already planned," a source exclusively tells Us Weekly. The Concussion star, 53, […]
CELEBRITIES・24 DAYS AGO
People

Megan Fox wants her kids to express themselves however they please. In a wide-ranging interview with Glamour U.K. for their April cover story, the 35-year-old actress opens up about how she teaches her children, Journey River, 5, Bodhi Ransom, 8, and Noah Shannon, 9, about gender identity and encourages them to be confident in who they are.
FAMILY RELATIONSHIPS・22 DAYS AGO
The Independent

Mark Hamill has revealed he lost thousands of followers on Twitter in the space of a few hours yesterday (25 April).While the exact reason for the exodus has not been confirmed, his tweet came shortly after it was announced that Elon Musk is set to purchase the social media platform in a deal worth $44bn.Since the news broke, many users of the site (including Jameela Jamil) have announced their intention to delete their accounts, owing to Musk’s reputation as a politically controversial figure. It is believed this could be the reason for Hamill’s loss in followers.“Weird. I just lost...
CELEBRITIES・22 DAYS AGO

Last month it was revealed that Sharon Osbourne would be returning to television, partnered with Piers Morgan on a new U.K. series named The Talk. This comes nearly a year after Osbourne was suspended and eventually exited the U.S. talk show The Talk after expressing her support for Morgan in an intense discussion over race with co-host Sheryl Underwood. Now, in a new interview with the U.K.'s Sunday Times, Osbourne reveals how cancel culture impacted her as she eventually parted ways with her longtime daytime talk series amidst public backlash.
CELEBRITIES・23 DAYS AGO
Insider

Depp said he discovered Disney would not recast him in "Pirates" days after Amber Heard's Washington Post op-ed article was published.
FAIRFAX, VA・23 DAYS AGO
ComicBook

After weeks of silence, Chris Rock has finally addressed his now-infamous incident with Will Smith at March's 94th Annual Academy Awards. During another sold-out show at Baltimore's Lyric Performing Arts Center on Friday, Rock directly referenced the slap, but only spent a second on it before moving on with his set.
BALTIMORE, MD・24 DAYS AGO
Newsweek

While Pratt has never publicly expressed his views on sexuality, his links to a church that has been accused of supporting conversion therapy and being anti-LGBTQ have made him a target for online criticism.
MOVIES・23 DAYS AGO

Once again, Disney (DIS) - Get Walt Disney Company Report is finding itself embroiled in a political quagmire owing to its support of the LGBTQ community, after Florida Gov. Ron DeSantis punished Disney for denouncing his “Don’t Say Gay Bill,” by seeking to revoke Disney World’s designation as a special tax district (which as we pointed out, is ultimately a meaningless gesture).
FLORIDA STATE・22 DAYS AGO
Hello Magazine

Kate Hudson has realized one of her dreams and has taken to Instagram to share the incredible news with her 15 million followers. Sharing two pictures of her looking casual in a pair of baggy dip-dyed trousers and a white tank top, and singing into a microphone, the actress announced a surprising career change.
CELEBRITIES・23 DAYS AGO
PopCrush

90 Day Fiancé: Before the 90 Days star Johnny Chao is showing off a new look on social media. The reality TV star rocked a fresh-faced look on the show. However, Chao debuted some new facial hair in his most recent post on Instagram. More specifically, he grew a beard and mustache.
TV & VIDEOS・22 DAYS AGO
Complex

Benzino is once again airing out some family business. After previously calling 50 Cent the “first hip-hop rat,” and getting into various other conflicts with his daughter Coi Leray, the rapper has now name-dropped both of them in a Twitter tirade. On Sunday, Fif took to Instagram to...
CELEBRITIES・23 DAYS AGO

Spring is always a big time for engagements and weddings, and two beloved internet personalities are the latest to update their relationship status. On April 18, Rachel "Seltzer" Quirico revealed she and longtime boyfriend Trevor "TorcH" Housten were tying the knot after 17 years together. Both of them are beloved figures in the esports world, with Seltzer notably starring in the Syfy reality show WCG Ultimate Gamer. She's also hosted numerous esports tournaments and events for TV/streaming outlets; she also made a recent appearance on G4 TV's Boosted.
RELATIONSHIP ADVICE・23 DAYS AGO
RNB Cincy 100.3

Alfonso Ribeiro Denounces ‘The Carlton,’ Doesn’t Like Being Asked To Dance As A Black Man

Alfonso Ribeiro playing Carlton Banks on 'The Fresh Prince of Bel-Air' still gets him recognition from fans of the iconic sitcom, especially those who love "The Carlton." However, not only does Ribeiro detest the viral dance but also highlighted the racial undertones of asking Black men to dance.
THEATER & DANCE・5 DAYS AGO