‘It’s a fight that can be fought and has to be fought’: Boston historian Doris Kearns Goodwin sounds alarm on U.S. democracy

“It is as close to midnight as anything that I’ve seen in my lifetime.”

Presidential historian and author Doris Kearns Goodwin says U.S. democracy has been closer to extinction at other times during its history — but not by much.

Ahead of the 2021 Summit for Democracy being held by President Joe Biden Thursday and Friday, the Boston resident appeared on MSNBC to talk about the future of U.S. democracy. In the interview, Goodwin sounded the alarm for how close democracy is to a potential downfall, referring to the end of democracy as striking midnight on a clock.

“It is as close to midnight as anything that I’ve seen in my lifetime,” Goodwin said, citing only the periods just prior to the Civil War and World War II as possibly more dire. “I think the only answer to it is that democracy is a system that depends on people choosing their own governors. The fight for the right to vote has to be the central fight that people are fighting in this country.”

Goodwin went on to speak about voting rights and the possibility of overturning fair elections, which has become a partisan issue since the last presidential election in 2020, when former President Donald Trump refused to accept Biden as the winner, and rioters protesting the results stormed the Capitol. A survey by Voter Study Group found that 46% of Republicans felt it would have been appropriate for legislators in states that Biden won to try to award their electoral votes to Trump anyway. 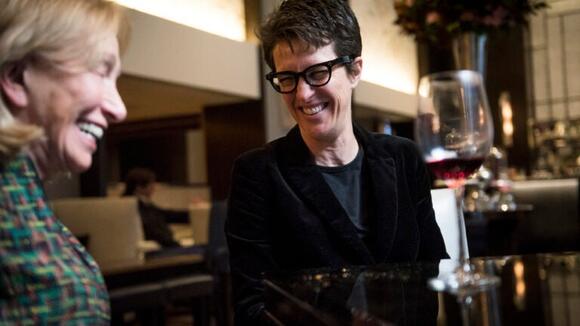 Referencing advice from previous presidents including Abraham Lincoln and Lyndon B. Johnson, Goodwin says the most important point Biden should focus on is engendering public support and educating the populace on why the right to vote should not be a partisan battle.

Younger people are also making note of the downward trend in democracy. A recent Harvard Institute of Politics youth poll showed that 52% of 18- to 29-year-olds viewed the U.S. as a “failed democracy” or a “democracy in trouble,” the Harvard Crimson reported. In a press release, the IOP Director of Polling John Della Volpe said the survey results show younger adults in the U.S. are disappointed by political figures leading the country and are much more concerned about the country’s future than older citizens, according to the Crimson.

Goodwin, however, said she’s concerned about the 34% of those surveyed who said they viewed the U.S. as a “somewhat functioning democracy” or a “healthy democracy,” and said that there should be more awareness and urgency from younger adults in seeing how close the potential downfall of democracy is in the U.S.

“Somehow I think people who have lived as we have, through much more troubling times, may recognize where we are right now, and younger people have not experienced that, so it’s a matter of teaching them in school,” Goodwin said.

But Goodwin also praised those younger voters who came out in the previous few presidential elections, a much larger turnout than ever before.

“We’ve got to depend on them, us older folks,” Goodwin said.