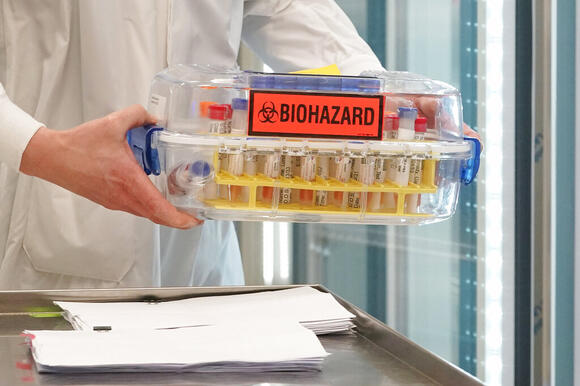 From the start of the pandemic, the coronavirus seemed to target people carrying extra pounds. Patients who were overweight or obese were more likely to develop severe COVID-19 and more likely to die.

Although these patients often have health conditions like diabetes that compound their risk, scientists have become increasingly convinced that their vulnerability has something to do with obesity itself.

Now researchers have found that the coronavirus infects both fat cells and certain immune cells within body fat, prompting a damaging defensive response in the body.

“The bottom line is, ‘Oh, my God, indeed, the virus can infect fat cells directly,’” said Philipp Scherer, a scientist who studies fat cells at UT Southwestern Medical Center in Dallas, who was not involved in the research.

The research has not yet been peer-reviewed or published in a scientific journal, but it was posted online in October. If the findings hold up, they may shed light not just on why patients with excess pounds are vulnerable to the virus, but also on why certain younger adults with no other risks become so ill.

The study’s authors suggested the evidence could point to new COVID-19 treatments that target body fat.

“Maybe that’s the Achilles’ heel that the virus utilizes to evade our protective immune responses — by hiding in this place,” said Dr. Vishwa Deep Dixit, a professor of comparative medicine and immunology at Yale School of Medicine.

The finding is particularly relevant to the United States, which has one of the highest rates of obesity in the world. Most American adults are overweight, and 42% have obesity. Black, Hispanic, Native American and Alaska Native people in the U.S. have higher obesity rates than white adults and Asian Americans; they have also been disproportionately affected by the pandemic, with death rates roughly double those of white Americans.

“This paper is another wake-up call for the medical profession and public health to look more deeply into the issues of overweight and obese individuals, and the treatments and vaccines we’re giving them,” said Barry Popkin, a professor of nutrition at University of North Carolina at Chapel Hill, who has studied the heightened risk that COVID-19 poses to those with obesity.

“We keep documenting the risk they have, but we still aren’t addressing it,” Popkin said.

Terrific! So all I have to do is catch Covid and I will lose a lot of weight? Why didn’t they say so at the beginning I wouldn’t be wearing a mask🤪🤪🤪

Really???? I know too many very obese ppl that had very mild symptoms and I know skinny who died. It doesn’t discriminate

I bet if you tested those same patients they would be deficient in Vit D, C and zinc but heaven forbid we promote that, there's no money to be made in vitamins

Will COVID Boosters Prevent Another Wave? Scientists Aren’t So Sure.

A woman under observation after receiving the bivalent Covid-19 booster vaccine in Phoenix, Ariz., Sept. 12, 2022. (Ash Ponders/The New York Times) As winter looms and Americans increasingly gather indoors without masks or social distancing, a medley of new coronavirus variants is seeding a rise in cases and hospitalizations in counties across the nation.
14 DAYS AGO
The New York Times

How to Tell the Difference Between Regular Distraction and ADHD

A study published earlier this year found that more than half of the videos about attention deficit hyperactivity disorder (ADHD) on TikTok were misleading. (Pierre Buttin/The New York Times)
6 DAYS AGO
The New York Times

President Biden Is Turning 80. Experts Say Age Is More Than a Number.

WASHINGTON — President Joe Biden has said it is a “legitimate question to ask anybody over 70 years old whether or not they’re fit” to serve in the White House. To those who question his fitness, he has a stock answer: “Watch me.”
KENTUCKY STATE・13 DAYS AGO
The New York Times

WASHINGTON — World leaders will gather in Egypt next week to confront climate change at a moment of colliding crises: a war in Europe that has upended energy markets, rising global inflation, deep political divisions in many countries and tension between the world’s two greatest polluters, China and the United States.
FLORIDA STATE・28 DAYS AGO
The New York Times

Wealthy nations need to give as much as 10 times current levels of funding to help developing countries adapt to climate change or face widespread suffering and displacement as well as increased conflict, the United Nations said in a report issued Thursday.
FLORIDA STATE・29 DAYS AGO
The New York Times

A loading screen from My Talking Tom, a wildly popular app game targeted at very young children. (Handout via The New York Times) My Talking Tom, an animated video game featuring a pet cat, is one of the most popular apps for young children. To advance through the game, youngsters must care for a wide-eyed virtual cat, earning points for each task they complete.
CALIFORNIA STATE・15 DAYS AGO
The New York Times

Meet the Man on a Mission to Expose Sneaky Price Increases

SOMERVILLE, Mass. — A few weeks ago, Edgar Dworsky got a promising tip by email. “Diluted cough syrup,” read the message, accompanied by a photo of two packages of syrup with a curious difference: The new one appeared to be half the strength of the old one.
MASSACHUSETTS STATE・6 DAYS AGO