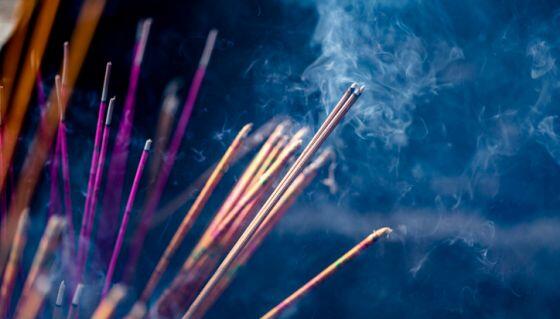 I n the latest instance that police reform is sorely needed in this country, cops in Alabama said they arrested a Black woman simply because she was “burning incense” and “doing loud chanting” during a Christmas parade held in public last week.

Kimberly Griggs suggested she had simply caught the holy spirit at the event, but local cops claim she was scaring people with her decidedly nonviolent behavior at the annual holiday gathering in Headland, a small town in southeast Alabama with an estimated population of fewer than 5,000 people .

“Going around burning incense, doing loud chanting,” Headland Police Chief Mark Jones told local news outlet WDHN . “Then they went around and put the incense in people’s faces. Patrons on the square were trying to enjoy the activities going on and she was harassing them by burning the incense in their faces.”

Jones said Griggs was disturbing the peace. However, WDHN failed to record any comments from parade attendees claiming they were harassed.

Jones said without any proof that Griggs was “harassing other people and making others feel unsafe.” Again, no one else made that same claim in the tiny town where surely other residents took notice of the arrest and everything that led up to it.

On the surface, it appeared to be a random judgment call by the police to arrest as a first resort even though no actual law, statute or local ordinance appears to have been violated at all. Instead, it appeared as of law enforcement didn’t know how else to react to what Jones described as an anomaly.

“Been here going on 18 years, and it’s the first time we have ever dealt with anything like that,” Jones said, unwittingly admitting that he and his officers believe that burning incense and chanting in public — an action that does not seem to be illegal anywhere in the U.S. — deserves to be punished with an arrest.

What is likely closer to the truth is that Jones is unfamiliar with incense — sticks that emit fragrance when burned typically for purposes having to do with religion, therapy and meditation. The smoke from incense can waft into other people’s faces, which may have been the root of Jones’ “harassing” theory he pinned on Griggs. The chanting, of course, should be chalked up to freedom of speech. Taken together, a simple resolution could have been for officers to ask her to move away from people.

Instead, they decided an arrest was the better use of law enforcement resources and taxpayers’ money.

The local cops are probably not familiar with traditions in Black households, either, considering that Headland’s Black or African American population lies at just under 28 percent. Chances are also likely that Headland police panicked and drew an unjustified, possibly racist parallel between the deadly Christmas parade incident in Waukesha, Wisconsin , involving a Black suspect late last month.

For what it’s worth, Griggs disputed Jones’ characterization of her actions.

“The public wasn’t in danger. If I wanted to attack you I would have attacked you,” Griggs told WDHN. “I spoke to no one, but walked around talking to myself.”

Griggs did suggest she might have been a bit too animated for police but maintains she didn’t deserve to be arrested.

“I was arrested by what you call it: disorderly conduct, I call it the holy spirit,” Griggs said. “I can’t say I did this because it was out of my control. When the holy ghost comes into you, you can not control that. That was natural.”

Luckily, Griggs was released after posting bail of about $500. Lest we forget that Black women like Sandra Bland were arrested stemming from similarly nonviolent violations but never made it out of jail alive.

There has been no shortage of opinion pieces in the past few years detailing how Black women are the most disrespected people in America . This incident in Headland certainly lends an outsized amount of credence to that suspicion.

Well don’t mess with peoples personal space, you do you all you want just leave people alone

🤔 so does these mean when somebody smoke in public they can be arrested after all second hand smoke kills also even when you walk away the smoke travels through the air😤 it be disturbing my peace I.J.S.

This is the issue...how about woman arrested...stop putting race in headlines it just pushes divide

Ramon Perez came to court last month ready to fight the tickets he’d been handed by Brookside police, including one for rolling through a stop sign and another for driving 48 mph in a 40 zone. He swore he’d seen the cop from a distance and was careful as...
BROOKSIDE, AL・6 DAYS AGO
Houston Chronicle

If police officers were even half-way competent, then a lot of innocent people wouldn’t have to suffer the consequences. That said, you really can’t even give them the benefit of the doubt when it comes to stories like this because it’s SUCH an easy thing to avoid. We just gotta assume that they are doing this stuff on purpose.
LAW ENFORCEMENT・12 DAYS AGO
HuffingtonPost

U.S. Capitol Police arrested a woman on Wednesday who drove to the agency’s headquarters in an SUV containing several firearms and said she wanted to speak with officers about the Jan. 6, 2021, Capitol attack. The woman, identified as Kery Lynn McAttee, 58, told officers she had driven down...
MICHIGAN STATE・11 DAYS AGO

The family of a Black woman who was found dead last month in her Bridgeport apartment has accused city police of showing a lack of responsiveness and racial insensitivity in their handling of the investigation. Lauren Smith-Fields, 23, was found dead after a man she had met recently online called...
BRIDGEPORT, CT・1 DAY AGO
NBC News

The mayor of Bridgeport, Connecticut, announced Monday that the police department's handling of the investigation into the death of a 23-year-old Black woman found unresponsive in her apartment in December by a man she had met on a Bumble date has been referred to its Office of Internal Affairs for an independent investigation.
BRIDGEPORT, CT・1 DAY AGO
12NewsNow

PORT ARTHUR, Texas — The Port Arthur Police Department is investigating the city's first homicide of the new year. On Wednesday, Jan. 12 at 12:09 a.m., police were called to the 1900 block of 3rd Avenue in reference to a stabbing. The male victim was pronounced dead at the...
PORT ARTHUR, TX・12 DAYS AGO
fox5dc.com

Woman arrested, charged with unlawful possession of a weapon at Capitol Police headquarters

WASHINGTON - U.S. Capitol Police arrested a woman who drove to their headquarters Wednesday in a vehicle filled with firearms and ammunition. Authorities say at approximately 1:40 p.m., 58-year-old Kery Lynn McAttee parked her 2001 Chevrolet Silverado in the ‘No Parking’ zone in front of U.S. Capitol Police headquarters.
WASHINGTON, DC・12 DAYS AGO

Police: Man arrested in slaying of LA woman, 24, at store

LOS ANGELES (AP) — Authorities arrested a 31-year-old man Wednesday in connection with the slaying of a woman while she worked at a Los Angeles furniture store last week. Shawn Laval Smith was taken into custody shortly before noon Wednesday in Pasadena, according to a Twitter post by the Los Angeles Police Department.
LOS ANGELES, CA・6 DAYS AGO
NewsOne

Houston County Sheriff's Deputy Paul Urhahn was allowed to resign after not being fired immediately for the now-former Georgia cop cruelly referring to Ahmaud Arbery's tragic killing as "the death penalty."
BRUNSWICK, GA・5 DAYS AGO

Liz Edelkind said she was with her 10-year-old son, her husband and two others, as they were on their way home from a New York Knicks game at Madison Square Garden when she asked a white couple if they could change seats so her family could all sit together—and that's when the couple attacked them.
NEW YORK CITY, NY・11 DAYS AGO
NewsOne

New details suggest an off-duty police officer who killed unarmed Black man Jason Walker in in Fayetteville, North Carolina, didn't need to use lethal force - or any force at all - even though his 911 call shows he was determined to use his gun.
FAYETTEVILLE, NC・13 DAYS AGO
AL.com

Burned body found on side of Alabama highway identified by police

Alabama officials are investigating after a burned body was found on the side of the highway Tuesday. The body was found along Highway 45 near Chunchula in Mobile County. According to police, 65-year-old Clark Thomas was discovered around 5:20 p.m. in the backyard of a residence. Thomas was found next...
MOBILE COUNTY, AL・13 DAYS AGO
People

A homeless man who witnessed a deputy-involved car crash that resulted in the death of a woman and injured her two young children is being hailed as a hero after pulling the officer from his burning vehicle. According to The Houston Chronicle, a Harris County Sheriff's Office deputy was chasing...
HOUSTON, TX・12 DAYS AGO
WTVC

HUNTSVILLE, Ala. — Police are charging a Huntsville officer with capital murder in the off-duty killing of his pregnant girlfriend, who was from Trion, Georgia. Court records showed Officer David Michael McCoy was booked into the Madison County Jail late Friday. Arrest records show McCory is charged in the...
HUNTSVILLE, AL・13 DAYS AGO
AL.com

The Lawrence County Sheriff’s Office made a second arrest related to a Christmas Eve slaying and said more arrests are expected in the case. Eldon Cordera Shelton, 32, of Lawrence County was charged with first-degree hindering prosecution on Thursday and remains in Lawrence County Jail. His bail has been set at $15,000.
7 DAYS AGO
NewsOne

James Iannazzo was arrested and charged with intimidation based on bigotry or bias after a viral video showed his violent and racist confrontation with teenage workers in a Robeks smoothie shop in Fairfield, Connecticut.
FAIRFIELD, CT・2 DAYS AGO
Black Enterprise

A Long Island couple has been charged with hate crimes and child endangerment after launching an unprovoked verbal attack against a biracial couple and their 10-year-old son on a commuter train. According to WNBC, the incident occurred as Liz Edelkind, who is Afro-Latina, was heading home from a Knicks game...
SOCIETY・2 DAYS AGO