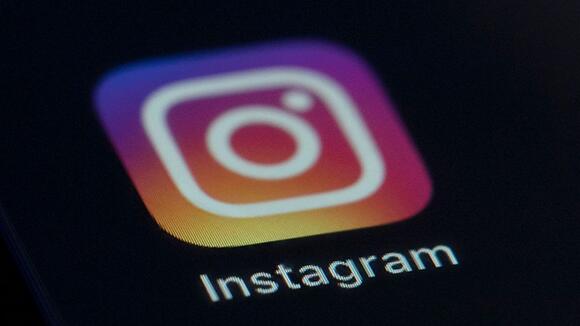 Instagram CEO Adam Mosseri will appear before a Senate panel on Wednesday as the company faces scrutiny over the potential detrimental impact its photo-sharing social media platform has on young people.

In September senators fired a barrage of criticism at Antigone Davis, Facebook’s head of global safety, over the social-networking giant’s handling of internal research on how its Instagram photo-sharing platform can harm teens. The lawmakers accused Facebook, now called Meta, of concealing the negative findings about Instagram and demanded a commitment from the company to make changes.

The next month Sen. Richard Blumenthal, D-Conn., who heads the Senate Commerce subcommittee on consumer protection, called for Meta CEO Mark Zuckerberg to testify on Instagram’s effects on children.

For its part, Instagram announced on Tuesday that it launched a feature that urges teenagers to take breaks from the platform and announced other tools aimed at protecting young users from harmful content on the Facebook-owned service. Instagram said that its first tools for parents will roll out early next year, allowing them to see how much time their teens spend on Instagram and set time limits.

Only allow adults to be on social media! Social media is spewing fear, hate, prejudice and anti science dividing and destroying America!

(The Hill) — The House committee investigating the Jan. 6, 2021 attack on the Capitol subpoenaed some of the country’s largest social media and tech companies Thursday, arguing they had not been forthcoming following an August request for information. The four subpoenas were sent to Facebook, Twitter, Reddit, and Alphabet, the parent company of both […]
CONGRESS & COURTS・23 HOURS AGO
The Independent

Newly unredacted documents from a state-led antitrust lawsuit against Google accuse the search giant of colluding with rival Facebook to manipulate online advertising sales. The CEOs of both companies were aware of the deal and signed off on it, the lawsuit alleges.The original, redacted lawsuit, filed in December 2021, accused Google of “anti-competitive conduct” and of teaming up with the social networking giant. But the unredacted version offers details on the involvement of Alphabet CEO Sundar Pichai and Facebook CEO Mark Zuckerberg in approving the deal. Facebook has since renamed itself Meta.According to the lawsuit, Facebook's chief operating officer, Sheryl...
INTERNET・2 DAYS AGO
Slate

My Daughter Insists on Editing My Appearance in Her Instagram Posts

Care and Feeding is Slate’s parenting advice column. Have a question for Care and Feeding? Submit it here. I have a problem with the way that my daughter (28) chooses to represent me and other family members on Instagram. She loves to post pictures of her life, and she recently shared photos from some family holiday celebrations. My daughter often edits her face and physique in the pictures she posts. She’s an adult, so as much as I might not like it, ultimately that’s her decision. However, I draw the line at editing others. In the recently uploaded family pictures, she edited all of us, making us look taller, giving the women smaller waists, smoothing everyone’s skin, and changing facial features. When I saw these pictures, I told my daughter that I did not want her posting edited photos of me and asked that she post unedited photos or take them down altogether. I also explained that I found it hurtful that she made these edits without consulting me, as if to say that she couldn’t be seen on social media with the real me. Her sister has said the same thing to her.
RELATIONSHIP ADVICE・3 DAYS AGO
The Independent

‘Covid was no joke’: AOC shares photos of her virus battle

Congresswoman Alexandria Ocasio-Cortez announced that she had contracted Covid-19 in an Instagram post on Saturday, explaining that she has experienced debilitating symptoms even given the added protection provided by her vaccine.In the post she shared similar frustrations to many Americans, especially progressives, since the Centers for Disease Control (CDC) shifted its guidance to encourage those infected with Covid to return to work less than a week after first testing positive. The congresswoman’s office stated that she received two doses of the vaccine previously, and also received her booster late last year.The New Yorker noted that supposedly “mild” symptoms were...
CONGRESS & COURTS・1 DAY AGO

Top bosses of Google and Facebook were directly involved in approving an allegedly illegal 2018 deal to cement their dominance of the online advertising market, US court documents revealed Friday. The US government filed its blockbuster lawsuit in October of last year, accusing Google of maintaining an "illegal monopoly" in online search and advertising.
TECHNOLOGY・2 DAYS AGO
Hello Magazine

Michael Strahan took to social media to celebrate a special family occasion on Sunday with a series of rare photographs. The Good Morning America host commemorated his mother's birthday with several family pictures that featured the two of them. The sweet shots saw him pose happily alongside his mother, along...
CELEBRITIES・21 HOURS AGO
HOLAUSA

Ivanka Trump spends quality time at the beach with Jared, the kids and her in-laws

This weekend, Ivanka Trump and Jared Kushner were seen in sunny Miami taking a family walk on a boardwalk at the beach. The former first daughter who is now 40 years old, was out with the entire family, her children, Arabella, Joseph and Theodore and her in-laws, Charles and Seryl Kushner and even their cute dog, Winter.
U.S. POLITICS・23 MINUTES AGO
Deadline

CNN anchors Jim Sciutto and Poppy Harlow paid emotional tribute to stage manager Jay Conroy, who died over the weekend, with Sciutto calling him “a deeply special person” who, among other things, shepherded the news staff to safety during a 2018 bomb threat. Watch the tribute below. Details of Conroy’s death, including cause and exact time, were not immediately disclosed. In addition to his CNN work, Conroy hosted the New York-based Rock Hard website and radio show featuring music, commentary and rock band interviews. Prior to CNN, Conroy worked backstage with various bands, and in 2012 CNN surprised him on camera with an in-person meeting with Conroy’s favorite band, Aerosmith. Conroy is survived by four children. We at @CNN lost a dear, dear colleague and friend this weekend. Our stage manager Jay Conroy took care of us, kept us safe and made us laugh. We will miss him so much. pic.twitter.com/vIKhWrldTD — Jim Sciutto (@jimsciutto) January 17, 2022
CELEBRITIES・26 MINUTES AGO

Kanye West's Kardashian drama has folks eyeing something Amber Rose said years ago ... but she's here to speak for herself on the issue, instead of letting the past do the talking. Ye's ex took to Instagram Sunday after a 2015 tweet of hers resurfaced this weekend and went viral...
CELEBRITIES・19 HOURS AGO
Newsweek

The man said his boss told him: "If you think you can take three weeks off for a vacation, you need to reconsider your position here."
RELATIONSHIPS・2 HOURS AGO
AFP

"When I was 13 years old, my mother found out my father was having an affair and he got the other woman pregnant," the benefactor revealed.
RELATIONSHIP ADVICE・5 HOURS AGO

Oystering: What is the new dating trend for 2022?

A new year means a new set of dating trends is on the horizon.Usually, said trends are coined to alert dating app users to cruel habits online, such as ghosting and breadcrumbing - the act of sending out flirtatious signals to make someone think you’re interested in them without committing.This year, though, dating trends have had a positive re-brand, with the first one to emerge offering single people plenty of hope.Introducing “Oystering” - the idea of seeing the world as your oyster after a breakup.Coined by dating app Badoo, the term came to light after its research found that almost half...
RELATIONSHIP ADVICE・7 HOURS AGO
Rolling Stone

The UK government is set to launch a multi-pronged publicity attack on end-to-end encryption, Rolling Stone has learned. One key objective: mobilizing public opinion against Facebook’s decision to encrypt its Messenger app. The Home Office has hired the M&C Saatchi advertising agency — a spin-off of Saatchi and Saatchi, which made the “Labour Isn’t Working” election posters, among the most famous in UK political history — to plan the campaign, using public funds. According to documents reviewed by Rolling Stone, one the activities considered as part of the publicity offensive is a striking stunt — placing an adult and child (both actors)...
U.K.・1 DAY AGO
Newsweek

The video sparked a fierce debate over the best—and worst—ways to co-parent during the pandemic.
BEHIND VIRAL VIDEOS・3 DAYS AGO
Hello Magazine

Maria Menounos opened up to fans with a truly emotional message on Instagram which left some of her followers in tears. The TV and radio personality said she was both shocked and saddened in an emotional moment. Taking to Instagram this week, Maria posted a photo of herself lying on...
CELEBRITIES・2 DAYS AGO
countryliving.com

Julianne Hough is once again shocking fans with a super nerve-racking stunt. On Instagram, the multi-hyphenate celebrated the start of the new year by posting a video clip of herself performing a cheer-style jump. That said, fans were a little worried about the 33-year-old dancer's safety after she appears to leap into the air while on a seemingly precarious ledge above the clouds.
CELEBRITIES・2 DAYS AGO
HOLAUSA

We’re only a couple days into 2022 and Bad Bunny already has fans paying attention to his every move. Over the course of the last week of 2021, the reggaetonero started to delete a lot of his Instagram posts, archiving hundreds of photos from over the years. After making his account more and more selective as the days went by, he ended the year with no posts and no profile picture, following 0 people.
BEHIND VIRAL VIDEOS・11 DAYS AGO