It was good to be a tech stock investor on Tuesday, as shares of a great many companies in the sector rose notably on the day. 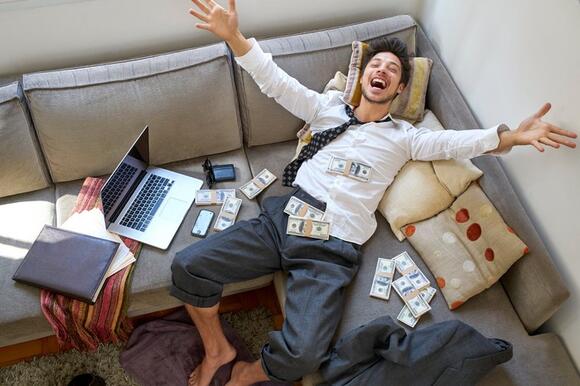 Those moves were part of a large, sweeping, overall rally in tech titles . Such stocks had been punished in recent days as investors bailed out of potential high-growth companies considered to be relatively risky plays. Now, with recent news that the omicron variant of the coronavirus might be less severe than its delta predecessor, the appetite for risk seems to be rising again.

None of the five mentioned stocks were featured in headlines Tuesday that would have individually swung their share prices so dramatically.

A slight exception is Snowflake, which on Monday saw its price target raised modestly by analyst Phil Winslow of Credit Suisse .

Winslow upped said target by $10 to $465 per share while keeping his outperform (read: buy) recommendation on the stock. He pointed out in a new research note that the company's third-quarter results were vastly better than expectations, and it remains an innovator as a business that effectively ties together disparate IT information sources for clients.

Like Snowflake, Datadog, Okta, HubSpot, and -- to a lesser extent -- veteran operator Adobe occupy tech sector niches full of promise for significant growth. But the downside to that is that such titles can be very volatile, and what shoots higher can then plummet earthward if the circumstances turn sour. Buyer, beware.

10 stocks we like better than Datadog
When our award-winning analyst team has a stock tip, it can pay to listen. After all, the newsletter they have run for over a decade, Motley Fool Stock Advisor , has tripled the market.*

They just revealed what they believe are the ten best stocks for investors to buy right now... and Datadog wasn't one of them! That's right -- they think these 10 stocks are even better buys.

The latest downturn in the crypto market creates an opportunity for investors.
STOCKS・13 HOURS AGO
The Motley Fool

It's a suitable investment for just about anyone.
STOCKS・18 HOURS AGO

One of the keys to winning in the stock market is to ignore short-term issues and volatility.
STOCKS・2 DAYS AGO
The Motley Fool

Some incredibly promising companies are trading at huge discounts.
STOCKS・18 HOURS AGO

Right now could be a smart time to buy the dip, but crypto isn't right for everyone.
STOCKS・20 HOURS AGO
The Motley Fool

If the idea of buying crypto stresses you out, here's what to do.
STOCKS・19 HOURS AGO
The Motley Fool

These three dividend stocks are poised to thrive over the long term.
STOCKS・20 HOURS AGO
The Motley Fool

Dogecoin is falling faster than any other top-15 cryptocurrency today.
STOCKS・14 HOURS AGO
The Motley Fool

A trio of ideas to profit from the metaverse megatrend.
STOCKS・18 HOURS AGO
The Motley Fool

They're all about innovation.
STOCKS・20 HOURS AGO
The Motley Fool

These two biotech stocks are set to report key clinical data later this year.
STOCKS・15 HOURS AGO
The Motley Fool

Is "crypto-winter" here? Consider this stock as a sneaky long-term play on the cryptocurrency space.
STOCKS・13 HOURS AGO
The Motley Fool

The rise of infections caused by the omicron variant is just one more reason to buy this growth stock.
STOCKS・19 HOURS AGO
The Motley Fool

Netflix is one of many big companies stepping up to the earnings plate over the next few trading days.
STOCKS・19 HOURS AGO