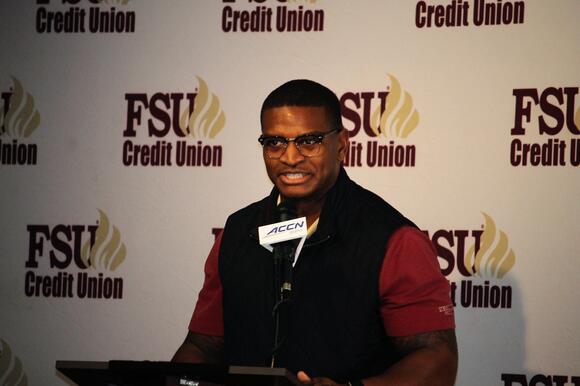 The Florida State Seminoles are in the market for a new linebackers coach.

Marve was removed from the road as a recruiter on Sunday and replaced in the interim by Randy Shannon, an analyst who was elevated to an on-field coach in Marve's absence.

Marve will be reunited with new Hokies  head coach Brent Pry, who was his position coach when Marve played at Vanderbilt.

Marve came Tallahassee after one season as Mississippi State’s defensive run game coordinator and linebackers coach. Prior to that, he spent five seasons coaching at Vanderbilt, his alma mater, and coached the Commodores’ inside linebackers from 2016-18.

Linebacker Emmett Rice, meanwhile, announced on social media his intention to declare for the 2022 NFL Draft. The Miami native has been plagued by injuries during his FSU career.

Additionally, two former members of the Executive Board of Directors of Seminole Boosters, Inc., announced the formation of Rising Spear, a new platform to develop Name, Image and Likeness (NIL) opportunities for FSU student-athletes.

No one covers the ‘Noles like the Tallahassee Democrat. Subscribe using the link at the top of the page.

Perhaps the biggest illustration of Florida State’s recent woes at Carter-Finley Stadium came exactly 10 years ago from Thursday. Former NC State quarterback Mike Glennon will even admit that his team pulled off quite the unlikely win that night. And not just because the then-unranked Wolfpack battled back from a 16-0 deficit against the...
TALLAHASSEE, FL・20 HOURS AGO