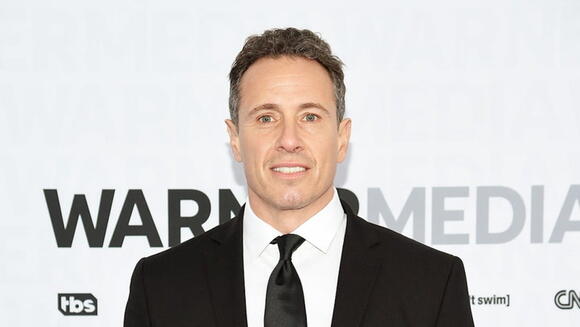 Former CNN anchor Brooke Baldwin has called on the network to give Chris Cuomo ’s slot to a woman following his firing.

CNN cut ties with Chris Cuomo over the weekend. The anchor was accused of breaching journalistic ethics by relying on his sources to assist his brother, then-New York governor Andrew Cuomo , in fending off sexual harassment allegations. 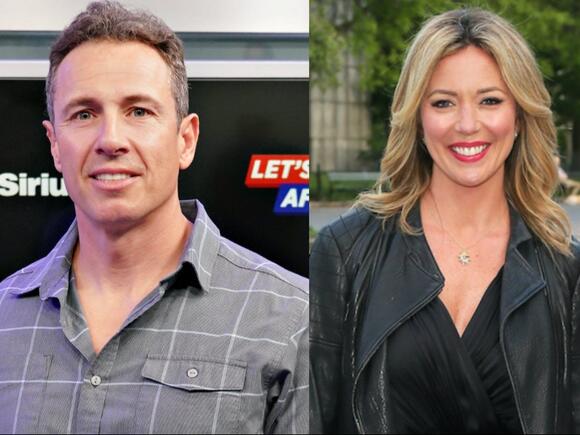 After initially suspending Chris Cuomo, CNN announced his firing, stating in part: “While in the process of that review, additional information has come to light. Despite the termination, we will investigate as appropriate.” The New York Times later reported that Chris Cuomo was facing an allegation of sexual misconduct.

A spokesman for Chris Cuomo told the newspaper: “These apparently anonymous allegations are not true.”

Baldwin, who was an anchor at CNN between 2008 until her final show in April this year, shared a video on social media following Chris Cuomo’s firing.

“I have no comment on that decision,” she said, “but as a woman who worked there for over a decade, who has the utmost respect for my former colleagues, I wanted to share something with you today.”

Baldwin added: “I would like to see CNN put a woman in that 9pm spot. Not me, I’ve moved on. But there are plenty of brilliant women they could choose from. ... The way we truly change the game for us is to put more women – brown, Black, white women – in positions of power.”

“It’s nearly 2022,” she said. “Would you like to see a woman successfully lead in primetime?”

CNN has yet to announce long-term plans for Chris Cuomo’s former slot. Radio and TV host Michael Smerconish is filling in for him next week.

It shouldn’t be given, it should be earned. No matter what the color of your skin or what sex you may be. Stop hiring people for their race or gender!

Should be given back to him. The republicans have and are still doing worse things and against this country. A brother helping brother should only get a slap on the wrist unless it’s the two brothers that are part of the insurrection and still in the service and insulting Americans intelligence 🤔

How about CNN hire the best candidate, regardless of see, gender, religion, etc? Until we stop hiring women for the sake of hiring a woman, there is no equality. Biden promised early on to "name a female running mate." Look where that got him.

CNN's ratings have dropped significantly since being hit with multiple headline making scandals. According to the New York Post, the cable news network had reported only 548,000 viewers during the week of Jan. 3, 2022. This is a vast difference from the nearly 2.7 million viewers CNN ranked in on the same week a year prior.
TV & VIDEOS・12 DAYS AGO
mediaite.com

Ousted CNN anchor Chris Cuomo got a nod of support from fashion designer Kenneth Cole, his brother-in-law, on Friday. Cuomo was fired by the network in December, following an internal investigation of his actions to help his brother, former New York Gov. Andrew Cuomo (D), overcome allegations of sexual misconduct. CNN said the review revealed “additional information;” the New York Times reported the network was informed of an allegation of sexual assault by the anchor unrelated to the Cuomo brother inquiry.
BEAUTY & FASHION・3 DAYS AGO
Fox News

New York's attorney general released damning video on Thursday of former CNN star Chris Cuomo’s testimony that resulted in his termination from the liberal network. Cuomo’s infamous interview with investigators proved he was active in seeking information about the women who were coming forward with sexual misconduct allegations against his older brother, ousted Democratic Gov. Andrew Cuomo.
ENTERTAINMENT・5 DAYS AGO
Fox News

Chris Cuomo said he advised actor Alec Baldwin not to publicly speak out about cancel culture while the journalist's brother, Andrew Cuomo, was facing a sexual misconduct trial. Beginning in late 2020, a scandal broke out for Andrew Cuomo, then the governor of New York, when he was accused of...
CELEBRITIES・5 DAYS AGO

The New York Attorney General's Office has released the final round of videos and transcripts in its investigation into former Gov. Andrew Cuomo. The materials include testimony from Cuomo's brother, former CNN anchor Chris Cuomo.
POLITICS・5 DAYS AGO
Variety

Let’s get after it: Even as CNN puts much of its energy into launching a new streaming-video hub, it’s also trying to figure out how to replace Chris Cuomo in its pivotal 9 p.m. time slot. Some staffers at the WarnerMedia network believe CNN has been holding the equivalent of on-air tryouts in recent weeks, turning over the 9 p.m. hour to hosts like Michael Smerconish, Laura Coates and Brianna Keilar. Jim Acosta, the former White House reporter turned weekend anchor, takes a turn this week. Both he and Keilar have held forth under the program banner, “Democracy in Peril,” a...
TV & VIDEOS・20 HOURS AGO
WOLF

ALBANY, N.Y. (WRGB) — While the video of Chris Cuomo's testimony was just released Thursday, his involvement in trying to mitigate his brother's fall from grace has already cost him dearly. The news broadcaster was fired by CNN in December when a transcript of his statements was released. Thursday's...
POLITICS・5 DAYS AGO
mediaite.com

Is Wolf Blitzer’s New Show on CNN+ More Evidence the Network is Pushing Him Out?

CNN announced on Wednesday that veteran anchor Wolf Blitzer will host a new show, The Newscast, for WarnerMedia’s upcoming streaming service CNN+. The move is just the latest in a string of hiring announcements for the streaming platform, but perhaps one of the most notable as it may also signal bigger changes ahead for CNN – which is currently facing serious ratings woes.
TV & VIDEOS・6 DAYS AGO

CNN is far from deciding on Chris Cuomo's replacement as it rotates anchors at the 9 p.m. timeslot

Michael Smerconish, Laura Coates, Brianna Keilar and Jim Acosta have been filling the timeslot, which has seen its viewership drop since Cuomo's firing late last year. "There’s nothing casual about filling a prime-time cable-news slot, even in these days of intense focus on the possibilities of streaming," explains Variety's Brian Steinberg. "CNN has seen its viewership at 9 p.m. erode noticeably since Cuomo departed. In 2021, Cuomo Prime Time and other weeknight 9 p.m. shows fetched an average of 293,000 people between 25 and 54, the audience advertisers want most in news programming. Last week’s 9 p.m. shows, a mix of Keilar and Anderson Cooper, nabbed an average of 147,000, according to Nielsen — representing a drop of 49.8%. Monday’s broadcast under Acosta garnered an average of 103,000." He adds: "CNN has economic incentive to find someone with appeal. Cuomo Prime Time generated $47 million in advertising through November of last year, according to Standard Media Index, a tracker of ad spending. Fox News Channel’s Hannity captured $54.3 million during that period, while MSNBC’s The Rachel Maddow Show secured $45.5 million." But of the three, only Cuomo's timeslot saw the average cost of an ad rise.
TV & VIDEOS・6 HOURS AGO
Deadline

Wolf Blitzer will anchor a nightly newscast for CNN+, the network’s upcoming subscription streaming service. Blitzer, who anchors CNN’s The Situation Room, will anchor The Newscast with Wolf Blitzer. The show will be among the live offerings when the streaming service debuts in the spring. He joins other CNN figures like Anderson Cooper, Kate Bolduan and Sara Sidner in signing on for streaming shows, along with other personalities like Chris Wallace, Audie Cornish and Kasie Hunt. CNN has been announcing new programs for the service just about every day in recent weeks, with word on Tuesday that Rex Chapman would also be...
TV & VIDEOS・6 DAYS AGO
mediaite.com

Liz Cheney among those to condemn remarks by former House speaker as committee member Zoe Lofgren says: ‘I think Newt has really lost it’
CONGRESS & COURTS・2 DAYS AGO

Manchin remains peeved over a White House statement that singled him out, The Washington Post reported.
CONGRESS & COURTS・23 HOURS AGO
Fox News

Fox News' Peter Doocy laughs off Biden 'SOB' insult: 'Nobody has fact-checked him yet and said it's not true'

Fox News White House correspondent Peter Doocy was able to laugh off President Biden's "SOB" insult against him during his appearance on "The Five." Moments after the exchange went viral on Monday, Doocy explained that he had "two pages of questions about crime" prepared before Biden scolded reporters for asking questions about the Russia-Ukraine conflict during a meeting focused on the economy.
POTUS・1 DAY AGO
Newsweek

"They have not had to cast one bloody vote — which shows us where they're at," Sanders said of the legislative inaction. "We have got to change that."
VERMONT STATE・2 DAYS AGO
POLITICO

“I get along great with Ron,” Trump said.
POTUS・1 DAY AGO
Newsweek

"I thank you for fighting for me, and you know who you are," the Fox News personality said during the final episode of "Justice With Judge Jeanine."
TV & VIDEOS・2 DAYS AGO
Fox News

Watters on 'Fox & Friends': Biden is no longer useful to Democrats and the mainstream media

"Jesse Watters Primetime" host Jesse Watters told "Fox & Friends" on Monday that Democrats and the media are "very disappointed" in President Biden. JESSE WATTERS: [Democrats] are very disappointed in Joe Biden and so is the media. You can tell the press dragged the guy over the finish line last November, and now he’s not useful anymore. He’s not useful because he’s not jamming through the Democratic agenda, and he’s not bringing in the ratings. So, he’s not profitable for the Democratic Party or for the mainstream media, so they’re kind of putting him out to pasture.
PRESIDENTIAL ELECTION・2 DAYS AGO
The Independent

Bill Maher has said that he’s “over Covid” and that doctors shouldn’t tell people “just do what we say” in relation to how to handle the pandemic. The comedian and HBO talk show host told Deadline in an interview that “I feel like Covid is still the dominant issue of our lives right now and it should not be anymore”. The 66-year-old said he was “never scared” of Covid-19, but that he was “always scared of the reaction to it”.“As this has played out that only proved to be more true for me,” Mr Maher, who contracted the virus...
PUBLIC HEALTH・2 DAYS AGO