4 Cities That Should Be Hot Real Estate Markets in 2022

So the National Association of Realtors (NAR) reports that the median sales price of single-family existing homes rose to $363,700 year over year in the third quarter of 2021, a new record that saw double-digit price gains in 78% of the 183 markets the big trade group tracks.

Some markets were hotter than others, though, and with the year coming to a close, now seems like a good time to look at where the growth might be hottest going forward. We relied heavily here on Zillow data parsed out into a list by National Mortgage News that we'll use to pick out four particularly promising places for real estate investors to consider.

We're focusing on residential growth here, but real estate sectors don't exist in isolation, from each other or the macroeconomy. Booming residential growth is a response to the availability of jobs that pay enough to sustain those kinds of prices, after all. Those employers, even with the prevalence of working from home , also drive office space use, and brick-and-mortar retail, especially among essential services like grocery stores and pharmacies, will be growing right along with the population. 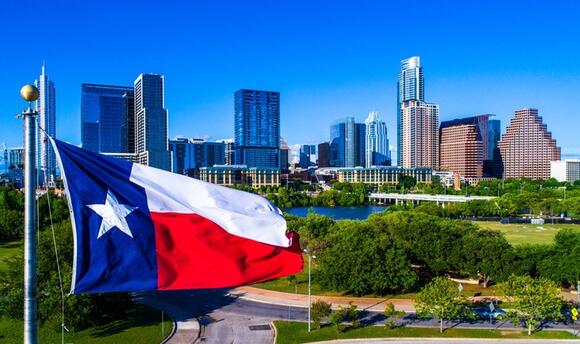 Zillow projects the price of a home in the Texas capital to jump 37.1% year over year in May 2022, the most in the country. State government, the culture and music scene, and a major university have long been draws here, but that's not what's building all those skyscrapers that now dominate the skyline, with more on the way.

It's the booming tech sector, with major newcomers like Oracle (NYSE: ORCL) and Tesla (NASDAQ: TSLA) joining Dell Technologies (NYSE: DELL) and countless other companies large and small fueling a migration that looks to keep Austin and its sprawling suburbs hot for years to come as the Austin and San Antonio areas just keep getting closer to melding into one.

Home prices in Phoenix are expected to soar 26.2% year over year by May 2022, placing it fourth on the Zillow list. Bidding wars for homes are raging in the Valley of the Sun. Retirees have long been driving population growth there, but now families moving from more-expensive areas are joining in.

Already home base for eight Fortune 500 companies, state government, and some major universities, tech and logistics are now driving growth there, too. Phoenix also is often on the list of where major providers of industrial space are building out new warehouse and distribution space. One example: Prologis (NYSE: PLD) ,  the largest among industrial real estate investment trusts (REITs), says it now has 70 industrial properties here itself.

, By the way, Phoenix became the nation's fifth-largest city in the 2020 Census, edging past Philadelphia. Bottom line: There are more people, more demand, and more business for real estate investors to capitalize on in about every segment. 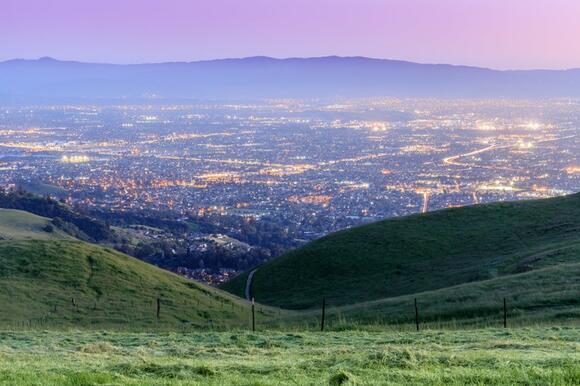 Zillow projects home prices in San Jose to jump 24.5% year over year by May, seventh on its list. Even with the migration of companies and people to environs more affordable, this is still the citadel of high tech, with the likes of Apple (NASDAQ: AAPL) , Alphabet (NASDAQ: GOOGL) , Meta Platforms (NASDAQ: FB) , and more still employing tens of thousands of people each in the area.

There's also still plenty of dough left around. A real estate agent told National Mortgage News that cash buyers -- often flippers -- make up more than 20% of the market, in a market where one out of every 797 people is worth more than $30 million.

All that cash floating around also can sustain a healthy market for local investment in retail and office, too. Plus, it's just a really nice area to live and work in -- barring wildfires and earthquakes -- and it's close to San Francisco and some of the Golden State's most picturesque beach towns. 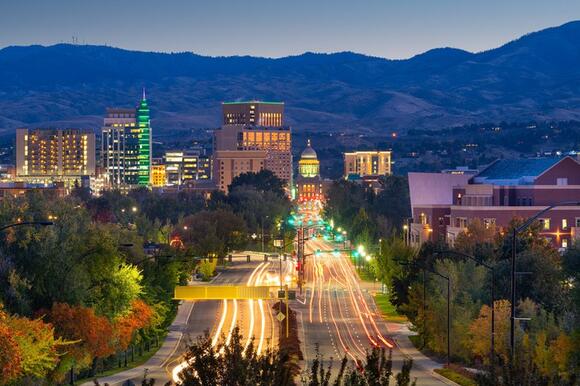 Home prices in Boise are expected to see a 23.3% year-over-year jump by May 2022, the 10th fastest on the Zillow list, and a local lender told National Mortgage News that he's competing in a market that's now 35% cash buyers.

That influx of cash is coming from an influx of people migrating to this state capital and university town that's much smaller than the others on the list. It's also close to the mountains and attractions of the great outdoors that have made it a lifestyle destination for a whole new crowd of people who can work at home or find a good-paying job in the burgeoning tech scene.

A pleasant climate and cultural attractions also are bringing people to roost here, and there are even more than 50 wineries in Treasure Valley, the lowland area between the mountains that includes Boise and surrounding communities.

Cities on the grow, now and going forward

Each of these four metro areas have their own attractions and reasons that make them business and residential destinations primed for continued growth and investment in 2022 and beyond. They're just four examples of many more, of course, but they're a good place for real estate investors who want to expand their own horizons -- and wallets -- to start looking now, whether for their next stock market buy in the sector or a property all their own.

10 stocks we like better than Oracle
When our award-winning analyst team has a stock tip, it can pay to listen. After all, the newsletter they have run for over a decade, Motley Fool Stock Advisor , has tripled the market.*

They just revealed what they believe are the ten best stocks for investors to buy right now… and Oracle wasn't one of them! That's right -- they think these 10 stocks are even better buys.

5 Real Estate Trends to Watch Out For in February

Rising mortgage rates have been big news lately. What other real estate trends can we expect as we head into February?
BUSINESS・20 HOURS AGO
The Motley Fool

Here's Where To Invest as a Fix-and-Flipper in 2022

Get the biggest bank for your buck in your next rehab by focusing on these five markets.
SAN JOSE, CA・19 HOURS AGO
The Motley Fool

3 Ways to Buy Real Estate in the Metaverse

Interested in getting into the metaverse as a real estate investor? Here are a few ways to get started on buying your first parcels.
REAL ESTATE・7 HOURS AGO
The Motley Fool

A market crash may bring the prices of these stocks down to more attractive levels.
STOCKS・20 HOURS AGO

This REIT Is Doubling Down on Affordable Housing

One of the most popular private REITs in the world is adding $1 billion to its affordable housing program.
REAL ESTATE・20 HOURS AGO
The Motley Fool

The tech giant's shares have fallen more than 10% so far this year. Is this a buying opportunity?
STOCKS・14 HOURS AGO
The Motley Fool

The market is on a downhill slide. What does that mean for your portfolio?
ALEXANDRIA, VA・1 DAY AGO
The Motley Fool

The private-equity giant has raised an enormous amount of money to go shopping.
BLACKSTONE, VA・19 HOURS AGO

The mobile gaming company has been experiencing slower customer growth as the economy reopens.
VIDEO GAMES・17 HOURS AGO
The Motley Fool

The iBuyer has fallen out of favor with investors, but could it be a long-term opportunity?
STOCKS・1 DAY AGO
The Motley Fool

The chipmaker and the REIT have a lot more in common than you might think.
STOCKS・20 HOURS AGO
The Motley Fool

Coordinating with the various service professionals you need to keep your rental properties running smoothly just got easier.
SCOTTSDALE, AZ・1 DAY AGO

Is Taiwan Semiconductor the Most Important Company on Earth?

Plus some talk about real estate trends.
REAL ESTATE・1 DAY AGO
The Motley Fool

Here's a trio of REITs that can rise with this tide and whatever's next.
2 DAYS AGO
The Motley Fool

Should You Invest in Club Store Commercial Real Estate?

Here's why shopping centers with warehouse clubs are a pretty solid bet.
GROCERY & SUPERMAKET・2 DAYS AGO
The Motley Fool

There's chaos in growth land and opportunities for the bold.
STOCKS・2 DAYS AGO
The Motley Fool

These charts reveal the importance of looking at the bigger picture when studying the stock market and investing during low points.
STOCKS・2 DAYS AGO
1051thebounce.com

Michigan Has the No. 2 Best City for Real Estate Investment in America

If you’re looking to invest in the real estate market, Michigan is actually the perfect spot to do so, according to a new study. In fact, Michigan has the second best city for real estate investment in the entire U.S. How’s that for bragging rights?. Policygenius, an online...
DETROIT, MI・4 DAYS AGO
krcgtv.com

JEFFERSON CITY — As the housing market continues its hot streak nationwide and in Missouri, officials from the Jefferson City and Columbia Boards of Education told KRCG 13 they see lapses between supply and demand in real estate. "The biggest problem is we just haven't had enough new construction...
JEFFERSON CITY, MO・5 DAYS AGO
The Motley Fool

Why Real Estate Investors Should Shift Their Gaze to Data Centers

Major money is shrinking the field, but choices are still there for this high-barriers-to-entry sector.
REAL ESTATE・7 DAYS AGO