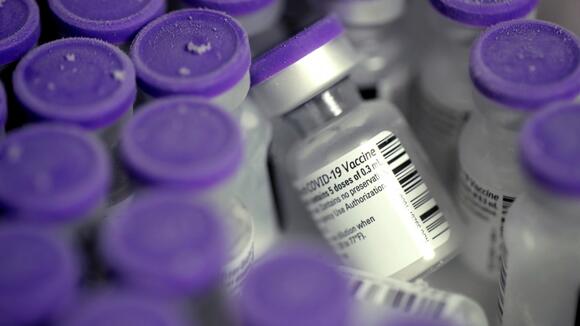 U.S. equities markets closed higher Monday, and all three major indexes posted gains of at least 1%. All 11 sectors closed in the green, with consumer staples and industrials leading the way. Investors have focused on reports that the Omicron variant may be more transmissible but that it also results in less severe cases of COVID-19. Coupled with oral medications currently in trials that suggest reductions in hospitalizations and deaths, there could be an effective and safe treatment just ahead. It's still early days though.

Crude oil reached a two-week high at around $71.50 a barrel early Tuesday, and Bitcoin had climbed back to near $51,000. Yields on 10-year Treasury notes had risen by about 11 basis points to 1.45% as investors turn to riskier investments. All three indexes were up by at least 1% in Tuesday's premarket trading.

Meme stocks, too, joined Monday's party with advancers leading decliners by a margin of more than three to one. Among the leading gainers were bitcoin miners. Tied as they are to the value of Bitcoin and other cryptocurrencies, it's no surprise that higher prices for the "commodity" mean higher prices for the miners. The reverse is also true.

Greenidge Generation Holdings Inc. ( NASDAQ: GREE ) added nearly 12% to its share price on Monday and traded up more than 3.5% in Tuesday's premarket session. The company had no specific news. Trading volume was light, however, with just over 800,000 shares traded, compared to the daily average of more than 3 million.

One of Monday's poorer performers was electric vehicle maker Lucid Group Inc. ( NASDAQ: LCID ). Shares dropped more than 5% following the announcement it had received a subpoena on Friday from the U.S. Securities and Exchange Commission related to the company's SPAC merger with Churchill Capital Corp. IV. It didn't help that Monday also marked the end of the quiet period for rival Rivian and analysts are solidly behind the electric pickup truck maker . The stock traded up by about 3.8% in Tuesday's premarket.

Shares of Ocugen Inc. ( NASDAQ: OCGN ) fell more than 6% on Monday and the drop is likely tied to the upbeat mood generated by the early estimates of the damage to the economy from the Omicron variant. If Omicron does indeed spread faster while causing less severe infections, that could be good news for public health. It would, however, not be especially good news for vaccine makers like Ocugen, which has filed for, but not yet received, regulatory approval in either the United States or Canada of its Covaxin vaccine. Shares traded up more than 1% early Tuesday.

Shares of Tesla Inc. ( NASDAQ: TSLA ) sagged early Monday following the revelation of a complaint against the company's solar panel business. The stock recovered most of the initial decline to close down by less than 1%. The stock traded up more than 3% in Tuesday's premarket.

WASHINGTON — Americans should consider leaving Ukraine "now," nonemergency diplomatic employees were authorized to depart, and eligible family members were ordered to evacuate Sunday amid Russia's continued military presence along the country's border, the U.S. State Department said. While family members of embassy employees in Kyiv were required to...
U.S. POLITICS・10 HOURS AGO
The Hill

BIG SUR, Calif. (AP) — Firefighters on Saturday were battling a wildfire that broke out in the rugged mountains along Big Sur, forcing hundreds of residents on this precarious stretch of the California coast to evacuate and authorities to shut its main roadway. The fire started Friday night in...
CALIFORNIA STATE・21 HOURS AGO
The Associated Press

WELLINGTON, New Zealand (AP) — New Zealand Prime Minister Jacinda Ardern is postponing her wedding after announcing new COVID-19 restrictions Sunday following the discovery of nine cases of the omicron variant in a single family that flew to Auckland to attend a wedding. The so-called “red setting” of the...
PUBLIC HEALTH・1 DAY AGO
ABC News

Sen. Kyrsten Sinema is hemorrhaging support from Democrats in her home state after blocking the advancement of voting rights legislation.
ARIZONA STATE・1 DAY AGO

It's the largest such sortie of the new year, continuing a pattern of threat.
AEROSPACE & DEFENSE・24 MINUTES AGO
NBC News

Britain’s accusation that the Kremlin is seeking to install a pro-Russian regime in Ukraine is “deeply concerning,” a National Security Council spokesperson said late Saturday. “The Ukrainian people have the sovereign right to determine their own future, and we stand with our democratically-elected partners in Ukraine,” Emily...
FOREIGN POLICY・19 HOURS AGO
NBC News

A Houston deputy was killed early Sunday morning after pulling a man over in what officials described as a "brutal attack." Cpl. Charles Galloway, 47, was shot multiple times after pulling over a white Toyota Avalon at about 12:45 a.m. Sunday, according to Harris County Constable Ted Heap. The man driving the car exited the vehicle and immediately began to shoot at Galloway, who died at the scene.
HOUSTON, TX・18 HOURS AGO
ABC News

Jason Miyares has made significant changes since ascending to his new job.
VIRGINIA STATE・7 HOURS AGO

(CNN) — Gonzaga University has suspended season tickets for one of its most notable alumni and Hall of Fame basketball player John Stockton after he refused to comply with the school's mask mandates at games, he said in an interview with The Spokesman-Review in Washington. The former Utah Jazz...
COLLEGE SPORTS・10 HOURS AGO
CBS News

Washington — Congressman Bennie Thompson, chairman of the House select committee investigating the January 6 assault on the U.S. Capitol, revealed Sunday that former Attorney General William Barr has spoken with investigators. "We've had conversations with the former attorney general already. We have talked to Department of Defense individuals,"...
PRESIDENTIAL ELECTION・17 HOURS AGO