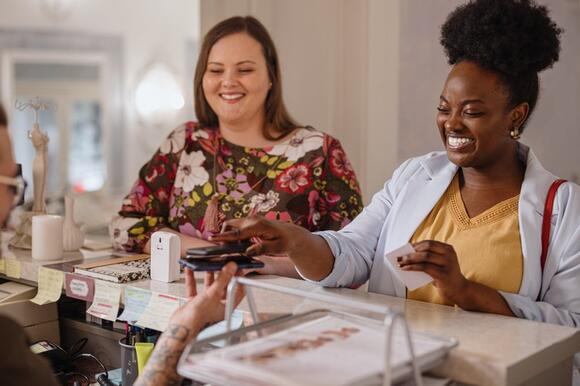 In the third quarter, revenue increased 56%, and total payment volume increased 86%. It added 1 million PagBank users for a total of 12.2 million, and another 300,000 merchants. Earnings per share grew 26% to 0.97 Brazilian reals, or $0.22, matching analyst expectations.

In October, the Brazil Central Bank (BCB) said that it would cap interchange fees for prepaid debit card transactions, which would mean that PagSeguro's ability to make money there would be capped as well. Management's first response to the announcement was to assure investors that this was only a small part of a large strategy with many revenue streams, and that "BCB efforts to promote competition is seen by PAGS as an opportunity." It followed that up by saying that not only would any impact to sales be negligible, but that since PagSeguro also pays interchange fees, the capped fees on its side would balance out lost revenue.

That did give a temporary lift to PagSeguro stock, but it got slammed again in November due to broader market fears about inflation and the omicron variant.

PagSeguro is demonstrating impressive growth, and it operates in a country with one of the largest populations in the world. Brazil is ripe for disruption, with only a handful of banks and a large subsection of underbanked people. The company's services include catering to this subsection with a product that allows digital payments without a bank account.

The market has not been kind to PagSeguro despite its successes. It's down 54% year to date, and shares trade at less than 40 times trailing-12-month earnings, which is low for a growth stock. That can be viewed as an opportunity for long-term investors, but expect volatility in the short term.

10 stocks we like better than PagSeguro Digital
When our award-winning analyst team has a stock tip, it can pay to listen. After all, the newsletter they have run for over a decade, Motley Fool Stock Advisor , has tripled the market.*

They just revealed what they believe are the ten best stocks for investors to buy right now... and PagSeguro Digital wasn't one of them! That's right -- they think these 10 stocks are even better buys.

Both these companies trade at reasonable valuations and have a long runway to grow.
COMPUTERS・5 HOURS AGO
The Motley Fool

The oil giant fell short of expectations.
STOCKS・3 HOURS AGO
The Motley Fool

History indicates that the graphics card specialist can make a terrific comeback.
STOCKS・6 HOURS AGO

Why Teradyne Stock Plummeted on Thursday

The tech company expects lower demand in one of its business segments this year. Growth in the important segment is expected to reaccelerate in 2023. Shares of test equipment specialist Teradyne (NASDAQ:TER) took a dive on Thursday, falling as much as 28.5%. As of 3:20 p.m. ET, the stock was down 24%.
STOCKS・22 HOURS AGO
The Motley Fool

Mr. Market is offering up these outstanding businesses at a discount.
STOCKS・3 HOURS AGO
The Motley Fool

The department store didn't have any news this week that would have led to such a notable price gain. But a peer did, and it carried over.
STOCKS・5 HOURS AGO
The Motley Fool

SentinelOne's stock has started to fall and is approaching an attractive entry point.
STOCKS・4 HOURS AGO

Despite a long track record of sustained growth, this stock is down more than 60% from its highs.
STOCKS・4 HOURS AGO
The Motley Fool

How Discover Is Gaining Market Share From Visa and Mastercard

The credit card company put up strong growth numbers in its Q4 report.
ECONOMY・5 HOURS AGO
The Motley Fool

Even as it digests the TD Ameritrade acquisition, Charles Schwab is still putting up huge growth.
STOCKS・5 HOURS AGO
The Motley Fool

It didn't happen overnight, but over time.
STOCKS・5 HOURS AGO
The Motley Fool

One of these biotech stocks could have more room to run than the other.
MEDICAL & BIOTECH・5 HOURS AGO
The Motley Fool

Why Sorrento Therapeutics Stock Is Getting Hammered This Week

Despite positive material updates, the biotech's shares couldn't escape the market-wide downturn among growth stocks this week.
STOCKS・6 HOURS AGO
The Motley Fool

Is Netflix Too Cheap After the Earnings Sell-Off?

Shares of the streamer tumbled on weak guidance. Is it a buying opportunity?
STOCKS・2 HOURS AGO
pulse2.com

Western Digital (WDC) Stock: Why The Price Went Down Today

Apple's Rising, but This SaaS Stock's Rally Is More Important for Growth Investors

The broader stock market was prepared to push downward yet again on Friday morning.
STOCKS・5 HOURS AGO