C3.ai 's (NYSE: AI) stock sank to an all-time low on Dec. 2 after the artificial intelligence (AI) software company posted its second-quarter results. C3.ai's revenue rose 41% year-over-year to $58.3 million, which beat estimates by $1.4 million. Its adjusted net loss widened from $9.7 million to $23.6 million, or $0.23 per share, but still, beat expectations by six cents.

Those headlines numbers look decent, so why is C3.ai still trading nearly 30% below its IPO price and more than 80% below its all-time high? Let's review C3.ai's business, growth rates, and valuations to see if it's worth buying. 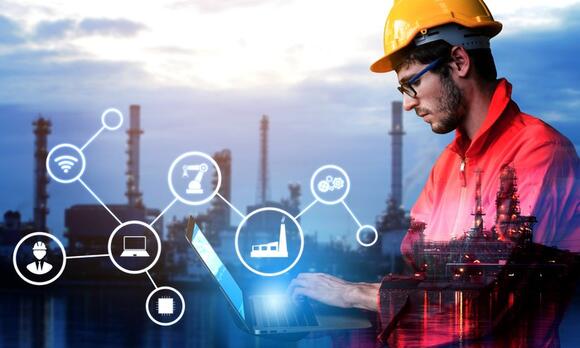 C3.ai develops AI algorithms that can improve the performance of a company's existing software infrastructure. It also develops pre-built AI applications that can be accessed as stand-alone services.

The company's revenue growth decelerated in fiscal 2021, which ended in April, as the pandemic disrupted its orders from large energy, industrial, and financial companies. Yet, its revenue growth appears to have rebounded in the first half of fiscal 2022:

C3.ai expects its revenue to rise 34% to 38% in the third quarter. For the full year, it expects its revenue to grow 35% to 37%, compared to its prior guidance for 33% to 35% growth. During the conference call , CEO Thomas Siebel attributed that higher guidance to its "improved sales processes." Siebel admitted the reorganization of its sales teams into an independent unit back in July was a "mistake" and that a reversal of that move had boosted its "customer intimacy" and "sales visibility."

On an adjusted basis, C3.ai's remaining performance obligations (RPO) rose 74% year-over-year to $529 million in the second quarter. This indicates there's plenty of pent-up demand for its AI algorithms and services. In the second quarter, C3.ai's total number of customers increased 63% year-over-year and 6% sequentially to 104. All of its customers are large enterprise companies and government organizations.

Its adjusted gross margins are improving

Like many other high-growth tech companies, C3.ai remains unprofitable on a generally accepted accounting principles ( GAAP ) basis. However, its non-GAAP gross margin expanded in fiscal 2021, even as its revenue growth temporarily slowed down, and rose year-over-year in the first two quarters of fiscal 2022. That resilience shows C3.ai maintains tons of pricing power in its niche market:

So why isn't C3.ai impressing the market?

C3.ai is still growing, but its flaws are easy to spot. First and foremost, its operating expenses soared 120% year-over-year in the first half of fiscal 2021 and gobbled up 157% of its total revenue. As a result, its GAAP net loss widened more than six times from $15 million to $94 million.

Second, C3.ai's stock trades at 12 times this year's sales, even after dropping nearly 30% from its IPO price. That price-to-sales ratio isn't extremely high, but it leaves C3.ai exposed to any inflation and interest rate-related sell-offs for pricier tech stocks .

Lastly, C3.ai still has customer concentration issues. In the first half of fiscal 2022, two customers -- the oil field services giant Baker Hughes (NYSE: BKR) and the French utility company Engie (OTC: ENGQ.F) -- accounted for 37% of its top line. On the bright side, both of those companies could benefit from the ongoing energy crunch , which would then generate indirect tailwinds for C3.ai.

Last December, I told investors to avoid C3.ai because the stock look ridiculously overvalued at about 85 times its trailing sales. I reiterated that call last month and told investors to wait for it to post its second-quarter numbers before pulling the trigger.

Today, I'm turning more bullish on C3.ai's future. Its valuations have cooled off to more reasonable levels, its revenue growth is stabilizing, and its gross margins are still expanding. Therefore, I think it's finally safe for investors to accumulate a few shares of this battered stock.

10 stocks we like better than C3.ai, Inc.
When our award-winning analyst team has a stock tip, it can pay to listen. After all, the newsletter they have run for over a decade, Motley Fool Stock Advisor , has tripled the market.*

They just revealed what they believe are the ten best stocks for investors to buy right now... and C3.ai, Inc. wasn't one of them! That's right -- they think these 10 stocks are even better buys.

In this volatile market, finding solid businesses at a reasonable price is practically a luxury.
STOCKS・18 HOURS AGO
The Motley Fool

Investors looking to benefit from this hot tech trend should take a closer look at these stocks.
STOCKS・19 HOURS AGO
The Motley Fool

2 Cheap Dividend Stocks With Yields Above 3%

Both of these businesses could also be good growth plays.
STOCKS・18 HOURS AGO
The Motley Fool

Want a side order of revenue growth to go with that dividend? We have three stocks for you.
STOCKS・18 HOURS AGO
The Motley Fool

Bitcoin Falls to Its Lowest Point in 6 Months. Should You Be Worried?

As talk of a crypto winter becomes more common, it's not surprising some investors are feeling uncertain.
STOCKS・17 HOURS AGO
The Motley Fool

Both companies are trading at 52-week lows, but there's reason for optimism ahead.
STOCKS・1 DAY AGO

The flower and gift retailer reported earnings and investors were not at all pleased with the update.
STOCKS・18 HOURS AGO
The Motley Fool

The company might be going private soon.
STOCKS・18 HOURS AGO
The Motley Fool

Shares of Hostess Brands got a boost from S&P Dow Jones Indices, which adjusted one of its indexes.
MARKETS・18 HOURS AGO
The Motley Fool

Shares of the silver miner plunged yesterday after a company update. And given the drop today, it looks like investors aren't done selling yet.
STOCKS・17 HOURS AGO
The Motley Fool

While high-growth stocks continue to be volatile, this gas and chemical company is delivering solid, undramatic returns.
STOCKS・18 HOURS AGO
The Motley Fool

It's down almost 20% so far in January, so it would have to meaningfully reverse course.
BUSINESS・17 HOURS AGO
The Motley Fool

Levi zips up another quarter and puts the final rivet in a strong year.
MARKETS・13 HOURS AGO
The Motley Fool

The company recently reported earnings for the fourth quarter and full year of 2021.
STOCKS・17 HOURS AGO
The Motley Fool

DraftKings could earn $1 billion or more -- if Morgan Stanley is right.
STOCKS・1 DAY AGO